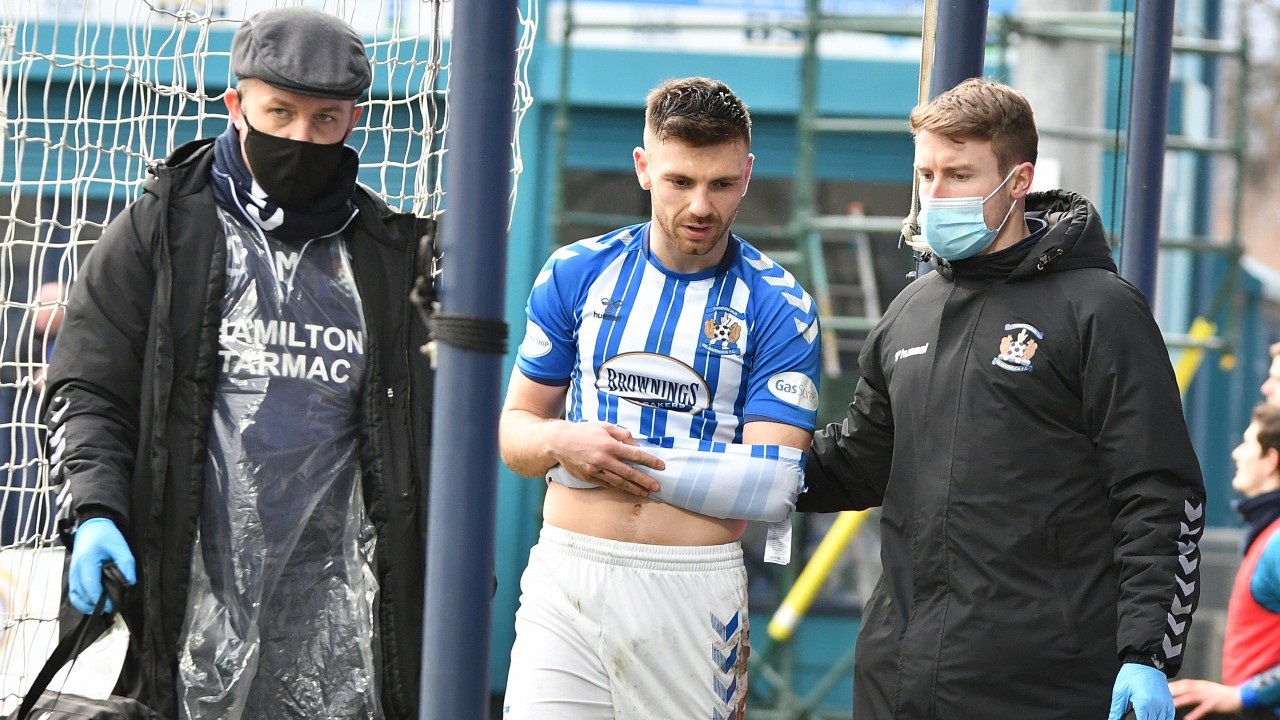 Tommy Wright believes Greg Kiltie will be able to play a part in our Premiership run in after being forced off in pain during Saturday’s defeat to Ross County.

The attacker was taken to hospital for examinations on his shoulder after being hurst in the latter stages of the match in Dingwall.

Now the manager hopes to have his number 10 back in action in April to help Killie earn crucial league points.

“At first because he was in so much pain, we thought it was going to be really bad” he told Killie TV.

“Early estimate is four weeks, which is good when you consider that after we play Motherwell on March 20, we then don’t have another game until the Scottish Cup match on April 3.

“He could only miss one match but more likely it will be two games and being a Scottish Cup game, if there was any doubt then we could probably not risk him in that and make sure he is fit for the league games because he’s been one of the bright sparks and he’s certainly someone who can do something a little bit special in that last third of the pitch.”

You’ll be able to view Tommy’s interview in full on Killie TV and our YouTube channel on Thursday.