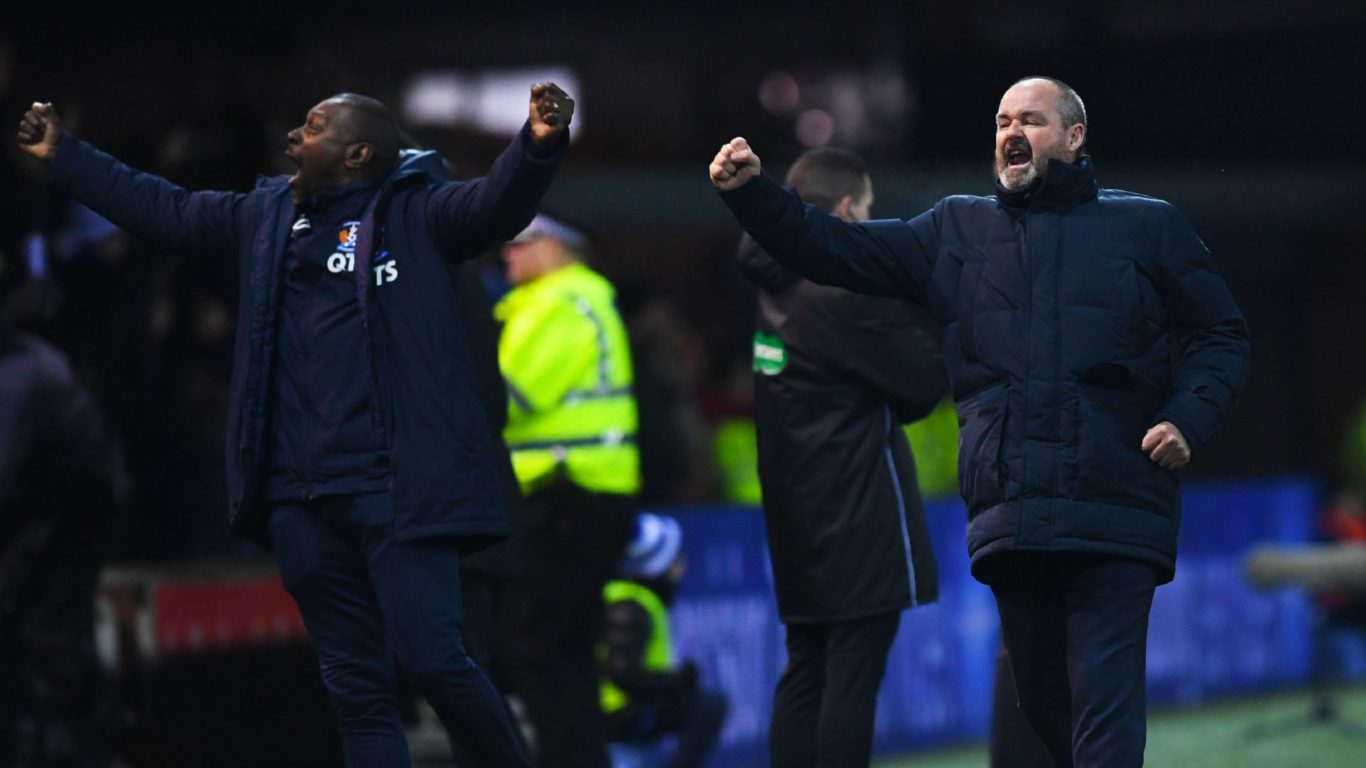 Steve Clarke hailed the tactical discipline showed by his Kilmarnock players in the 2-1 win over Rangers at Rugby Park.

The Killie boss was pleased with how his team responded to Defoe’s goal to claim victory in their first Premiership encounter of 2019.

He said: ‘We played well with a good energy, I thought we showed good tactical discipline. We spoke a lot about how Rangers might play with the diamond shape and I thought we combated it quite well.

‘We started a little bit slowly and in a strange way the goal sort of settled us down a little bit and then we showed what we could do.

‘It was a great steal from Eamonn Brophy to get the first goal, which gave us a lift and after that I thought we were decent.’

After weeks of discussion about the announcement over his pre-contract move to Rangers, it was Killie winger Jones who scored the winning goal.

Asked if the story was always destined to turn out like this, Clarke joked: ‘I don’t know who writes the stars. I think Jordan showed tonight that he’s a big player for us. He’s got his move to Rangers, which is what he wanted and he can make a big contribution for us in the second half of the season.

‘It’s nice to see him get a goal because he goes on that kind of run quite often but doesn’t always finish with a goal. It was good for Jordan.

‘It tells you that he can handle big pressure so that’s a good thing for Jordan going forward.’

Killie now head to Pittodrie on Saturday for their first away game of 2019 and the Killie boss repeated his mantra ahead of facing Derek McInnes’ Dons.

He said: ‘It’s all about game to game and we have a tough game on Saturday. We never get carried away here, we certainly haven’t since I came to the club.

‘We work game to game and pick up as many points as we can and try and match that performance again on Saturday.

‘We put in a hell of shift tonight so rest and recovery is very important.’