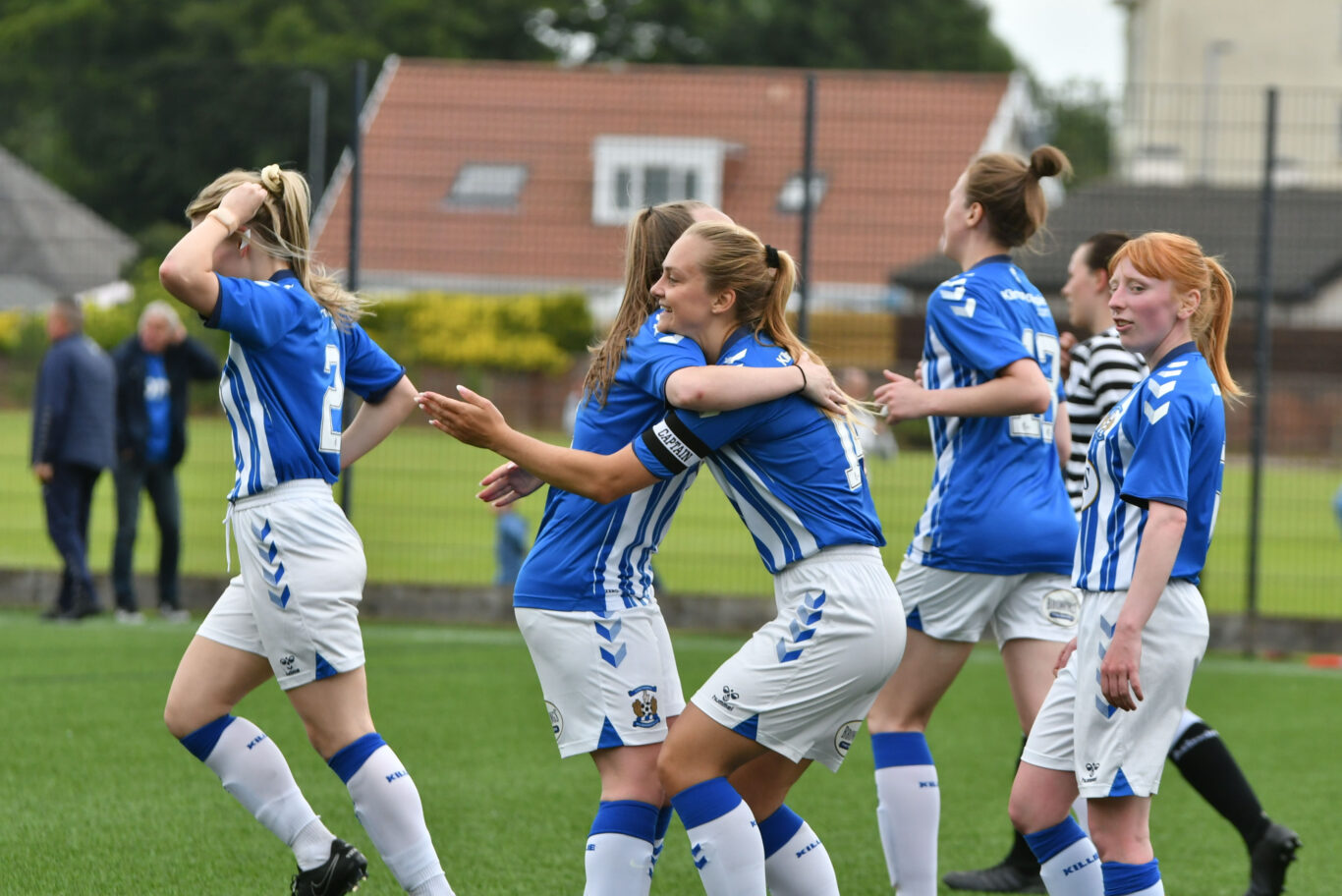 The win was all the more special after losing the starting goalkeeper two hours before kick off with winger Kirsty MacDonald playing between the sticks to great credit.

Glasgow took the lead after 14 minutes froom a corner but Killie responded quickly.

Captain Laura Neil had found the net in the weekend win over Queen’s Park and she was on target again as she tapped home from Lauryn Reside’s corner.

The pair combined again minutes later as Neil applied the finish to Reside’s wicked delivery to turn the match on its head.

An absolute 🚀 from @LaurynReside as @KilmarnockWFC ran out 4-1 winners away to Glasgow Women. Fitba Shorts highlights available at 3pm! ⚽️⚽️⚽️ pic.twitter.com/yqZrgKR0ca

And Andy Gardner’s team made the game safe when substitute Abby Robinson set up Lisa Swanson for a well-deserved goal after 67 minutes.

The result continues Killie’s strong end to the campaign with the team now sixth in the table heading into this weekend’s home game v St Johnstone.