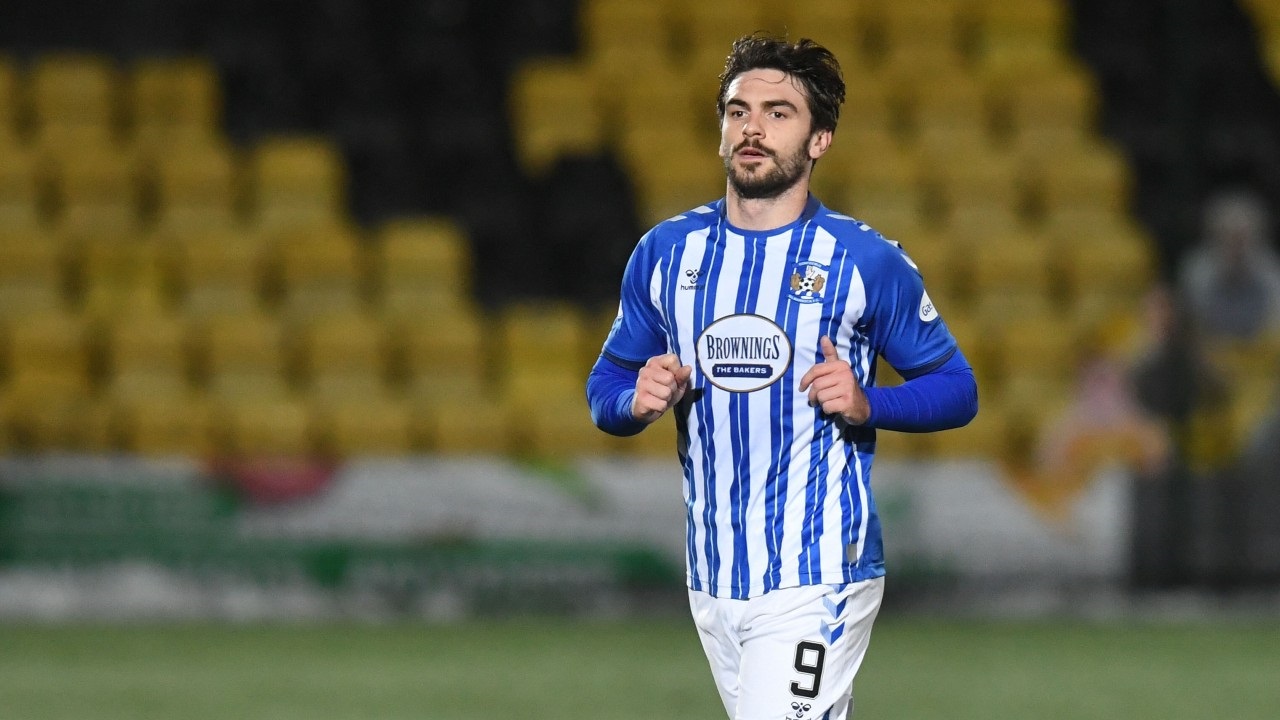 A first Killie goal is firmly in George Oakley’s sights after the forward completed 85 minutes on his debut.

The striker, signed on Monday, showed many promising signs on his opening appearance in blue and white before watching from the bench as two late goals saw us leave Livingston without a point.

Speaking to Killie TV after his bow, he said: “It was a hard one to take. Livingston made it difficult and a hard battle and it is frustrating.

“Near the end you would take a draw and you want the boys to hold out. They’ve been doing so well recently in the league so it is frustrating.

“I felt we had a 20 minute spell in the second half where we looked like we were getting on top.

“I’m glad to get my debut and there’s more to come from me.

“I’ll run myself into the ground for the team and do my best because I want to come into this club and impress. I want to show people what I can do.

“I’m trying to get in the right places for my team-mates and I want to try and open my account here.

“I’ve seen the quality of the boys here and I think I’ve come into a great team and I can’t wait to keep going.”