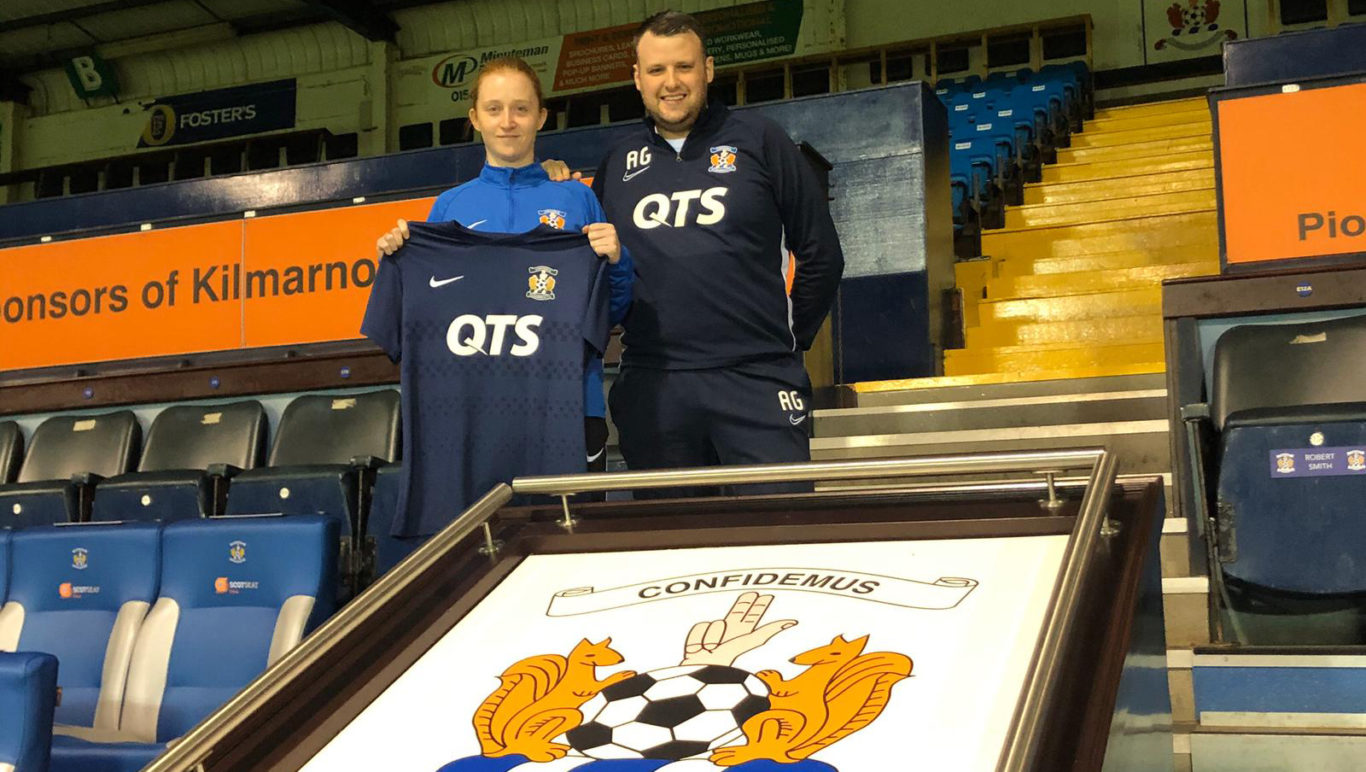 Andy Gardner believes his latest attacking addition could provide his side’s missing link ahead of Sunday’s trip to Partick Thistle.

Killie head to Petershill to face the Jags in the second match of Group D in the SWPL Cup and Gardner thinks it’s the perfect place to make amends after dropping points against Aberdeen in last weekend’s 1-1 draw.

“I thought the girls controlled it against Aberdeen from start to finish and if we had just been a wee bit more clinical in the final third we could have seen the game out,” he told the club’s official website.

“With that in mind, I’m delighted we’ve got Joanne in the door to help with that. She’s a player we have been trying to get in for a number of weeks so to finally get that over the line is great.

“We’re delighted to get her on board and I’m hoping that she can add to the squad that we’ve currently got and just bring a bit more up front.”

With several ex-Killie stars now in the Thistle ranks, including Clare Docherty and Collette Fleming, and Killie hunting for a first SWPL Cup victory after victory was awarded to Motherwell, it’s set to be a tasty tie in Glasgow.

“Partick are a really good side, they’ve been pushing for a number of years to try and get promoted,” he added.

“They’ve brought in more experienced players this time and they have obviously took a few players from us as well.

“It will be good to see them but we just want to make sure we want to plan ahead and do the most important thing which is get the three points and we get into the next round of the cup.”

“We have done our homework on them again and on Sunday we will be going in with that same mindset as we did with Aberdeen.”