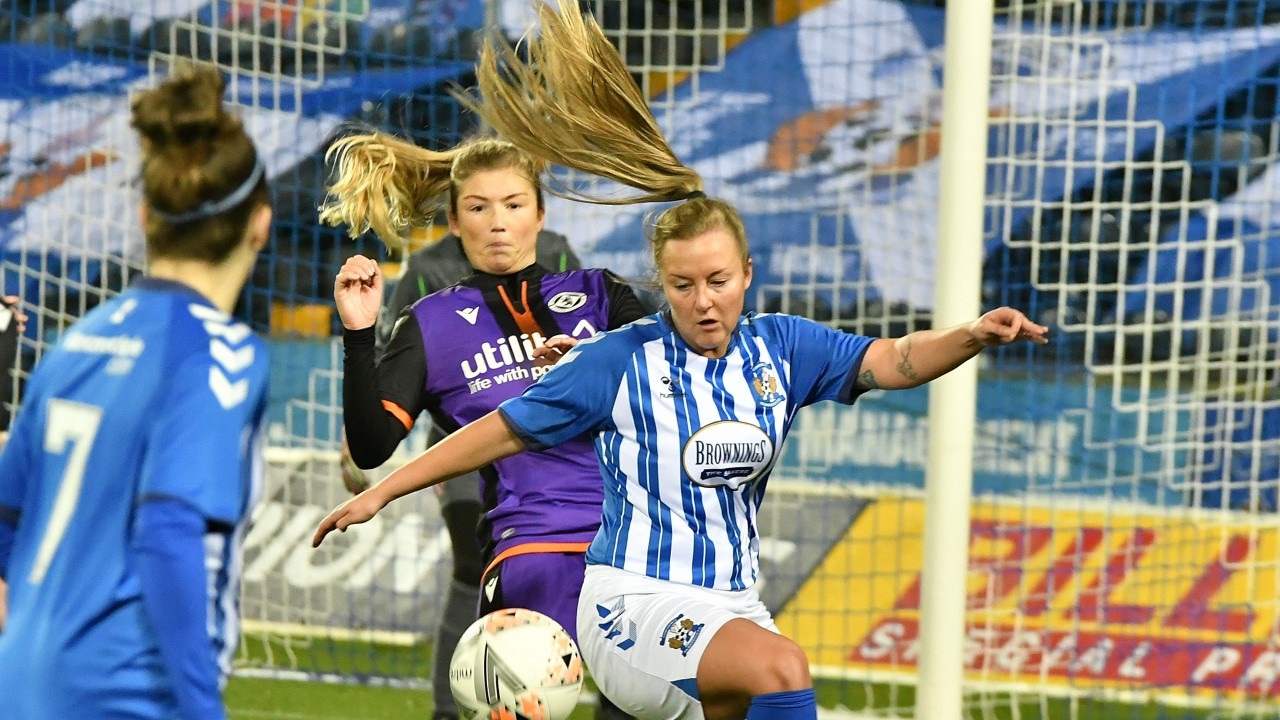 Gardner excited ahead of SWPL2 resumption.

Head Coach Andy Gardner is looking to use the final eight matches of the SWPL2 season to help build a new Kilmarnock WFC side for the new campaign.

After a long wait to return to action, Killie return to league duty away to Dundee United on Sunday and following some strong friendly results in recent weeks, Gardner and his team are ready to go.

Ongoing Coronavirus restrictions put the second tier on ice since the winter break began in mid December but Killie have prepared for the restart by beating United in a friendly as well as thumping 5-0 win over Ayrshire rivals Ayr United.

Andy said: “It’s been a really interesting season and nobody could have predicted how stop/start it would all be. It’s been great to have the girls back in training and getting good results in the friendlies so it has felt like having pre-season again.

“In terms of being ready for the league, the girls are flying and we want to use these eight games to try new things, play some of the girls from the Academy and really build for next season.”

Kirsty MacDonald has arrived from Queen’s Park while Lisa Swanson and Lauren McGregor have sampled life in SWPL1 with Motherwell.

With the team impacted by a mixture of injuries and Covid implications, results suffered in the early part of the campaign but the Head Coach sees plenty of signs for optimism for the season’s finale.

“It’s fantastic to see the strength and depth of the squad now and we want to right a few wrongs from earlier in the season when we were hit badly by injuries and Covid. We’re ready to show the real Killie now and I’m just excited to get going.”