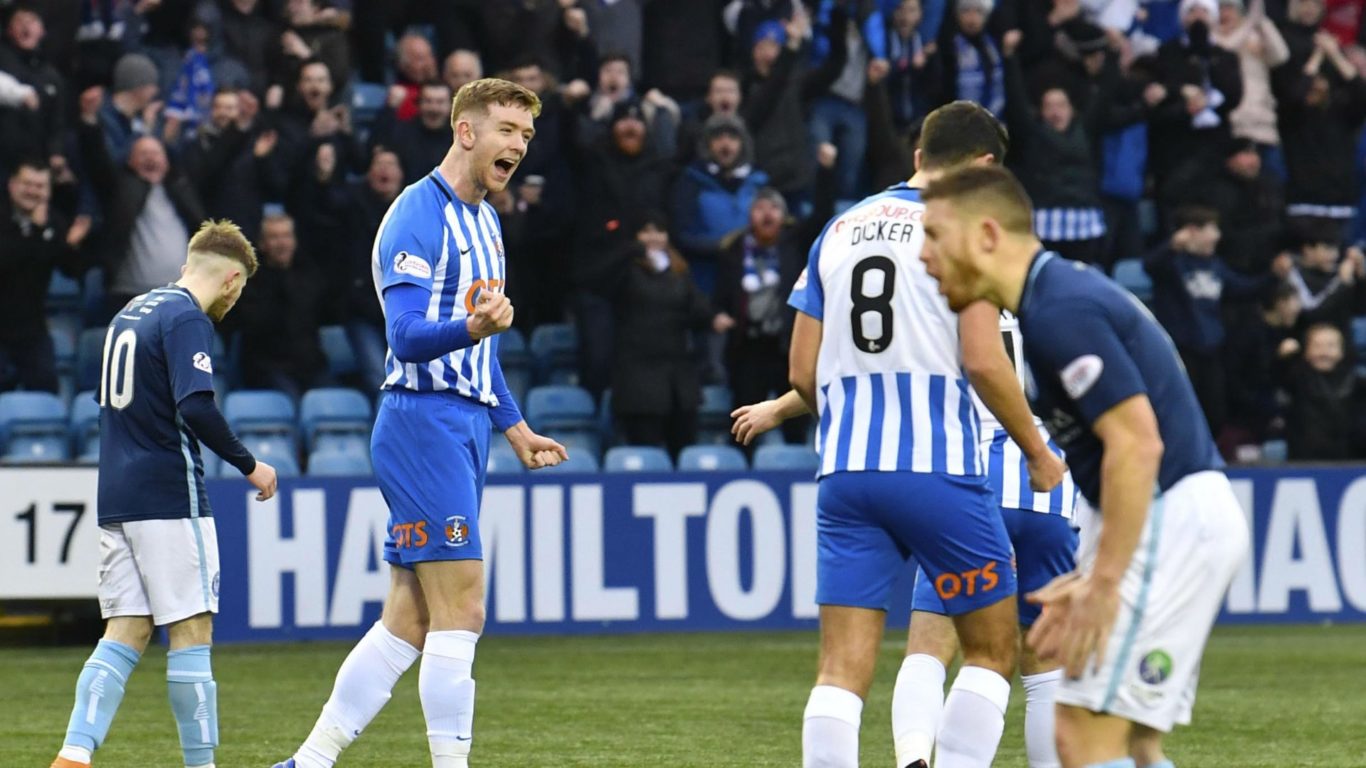 Steve Clarke joked that Stuart Findlay’s strike against Forfar was only the defender’s second best hit of the week.

The centre back unleashed a stunning effort, which flew past Marc McCallum and into the net to set Killie on the way to a 2-0 win.

Speaking after the match, Clarke praised the defender saying; ‘It’s his second best finish of the week. He hit one in training from 40 yards into the top corner, unbelievable strike.

‘I said to him ‘you never do that in a game’ and he turns out today and smashes one in.

‘The last word goes to big Stuart on that one.

‘Any goal a centre half gets is important to them because they don’t get too many. It was an important game to get the first goal because Forfar were terrific today.

‘They were well organised and made it difficult for us. They had a little period of the game and I was actually bringing on Scott Boyd when we scored the second goal because I wanted to shore up the middle of the park.

‘So credit to Forfar but we’re the team in the next round.

‘Sometimes after a little break you find it difficult to hit
the ground running and obviously, we had a little bit of a makeshift back four
certainly. I’m happy to be through.’