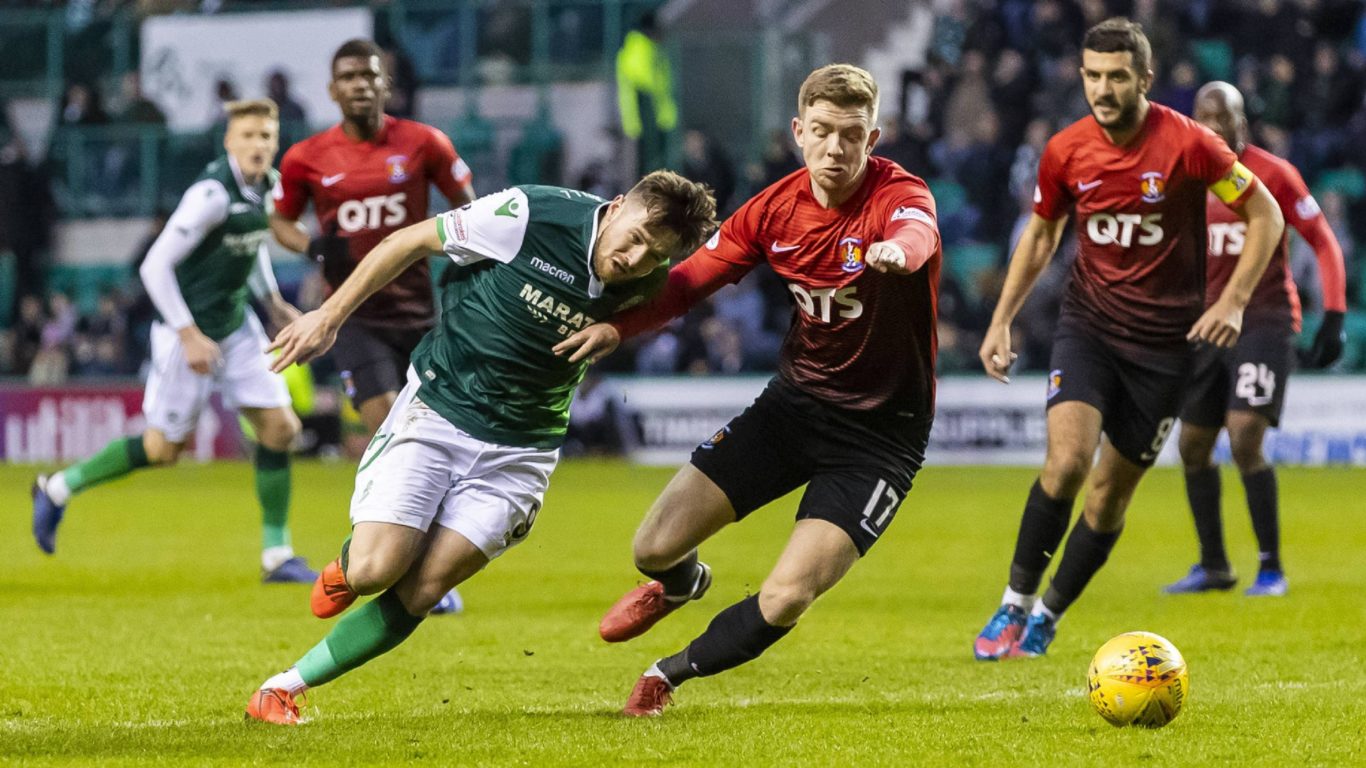 Stuart Findlay praised Killie’s defensive work throughout the whole team after another clean sheet secured a 0-0 draw with Hibernian.

Findlay, who was called up to the last Scotland squad, played his part in another disciplined Killie display in the capital as Steve Clarke’s men limited the hosts to few chances throughout the 90 minutes.

The centre back also came close at the other end of the field only to see his header saved by Ofir Marciano.

He said: “It’s a place we’ve struggled to come to in the past. I thought we dominated large sections of the game and we’d have loved to take the three points but to come here and get a clean sheet and a draw isn’t the worst result.

“We limited them to very few chances and I think our defensive shape was good from back to front.”

Killie’s final pre-split fixture comes at home to St Johnstone on Saturday and while the team sit in third place in the Scottish Premiership, he says the squad are not getting carried away with their form.

He added: “We go into every match trying to get what we can, we’ll look at it beforehand and know what we need to do. We’ll take every match as it comes and hopefully the league table will take care of itself.”

You can hear more from Stuart on Killie TV.