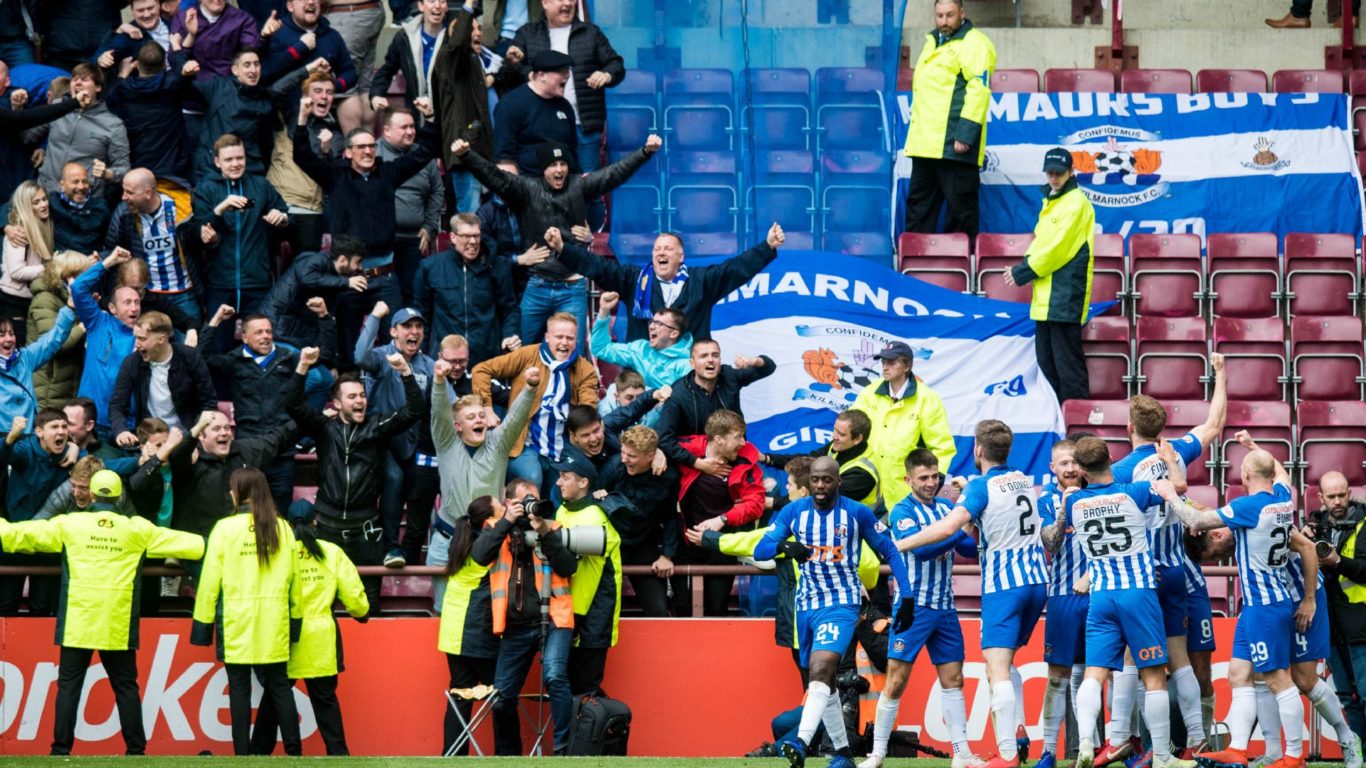 Findlay on his ‘special’ Tynecastle winner

Stuart Findlay lauded the Super Killie Away support after his thundering late winner secured a priceless victory at Tynecastle.

The central defender was named joint Players' Player of the Year earlier in the week and he celebrated by slamming the ball into the Hearts net in the 86th minute to give Killie a 1-0 triumph in Gorgie.

Speaking to Killie TV, he said: "We came here today and we got the three points to beat last season’s point tally, which has been the aim all season. To do it in the last five minutes is a really special moment, I’m really glad for the fans.

"It shows how much it really meant to them and it was just a great day out for them."

Findlay talked us through his winner, saying: "It’s one of those ones, the ball got played back in, I’m shouting at Youssouf to get a shot away then it goes to Gary and I was like 'come on, he has to get one away'.

"It's a wee bit of pin ball in there but when it fell to me, I had to get a good connection on it and put it in the side of the net."

You can watch Stuart's full interview on Killie TV