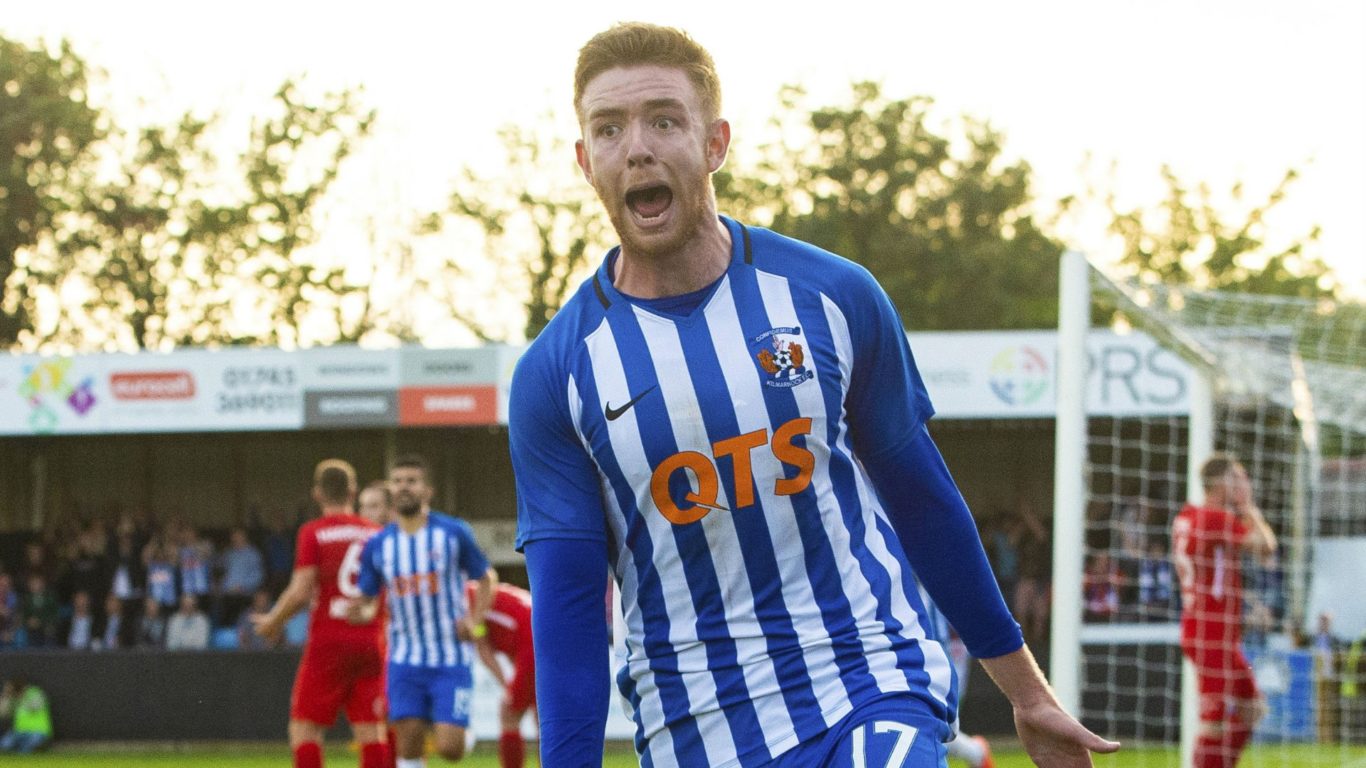 Stuart Findlay hailed the “unbelievable resilience” of this Killie squad after his injury-time header snatched a memorable 2-1 victory over Connah’s Quay Nomads.

The centre back rose to meet Chris Burke’s corner and guide the ball into the corner to spark wild celebrations in the stands as our return to Europe ended in the most dramatic fashion.

Having popped up with crucial late goals against Celtic and Hearts as the club set a record points total and sealed third spot in 2018/19, Findlay was the hero once more and he praised the way the team had responded to adversity.

He said: “It would have been very easy for us at 1-0 to say ‘it is a bad night at the office’ and take it back but I think we’ve taken what he had last season into this one, which is unbelievable resilience.

“We’ll be the first to admit we didn’t play our best football tonight but it is our first European tie, the first one for nearly 20 years so it’s a victory and it’s all we could have asked for.

“The goal they got tonight was probably a picture-perfect representation of the way the game went tonight. The amount of late goals we scored last season; this team never knows when it is beaten.”

You can watch Stuart’s interview in full on Killie TV