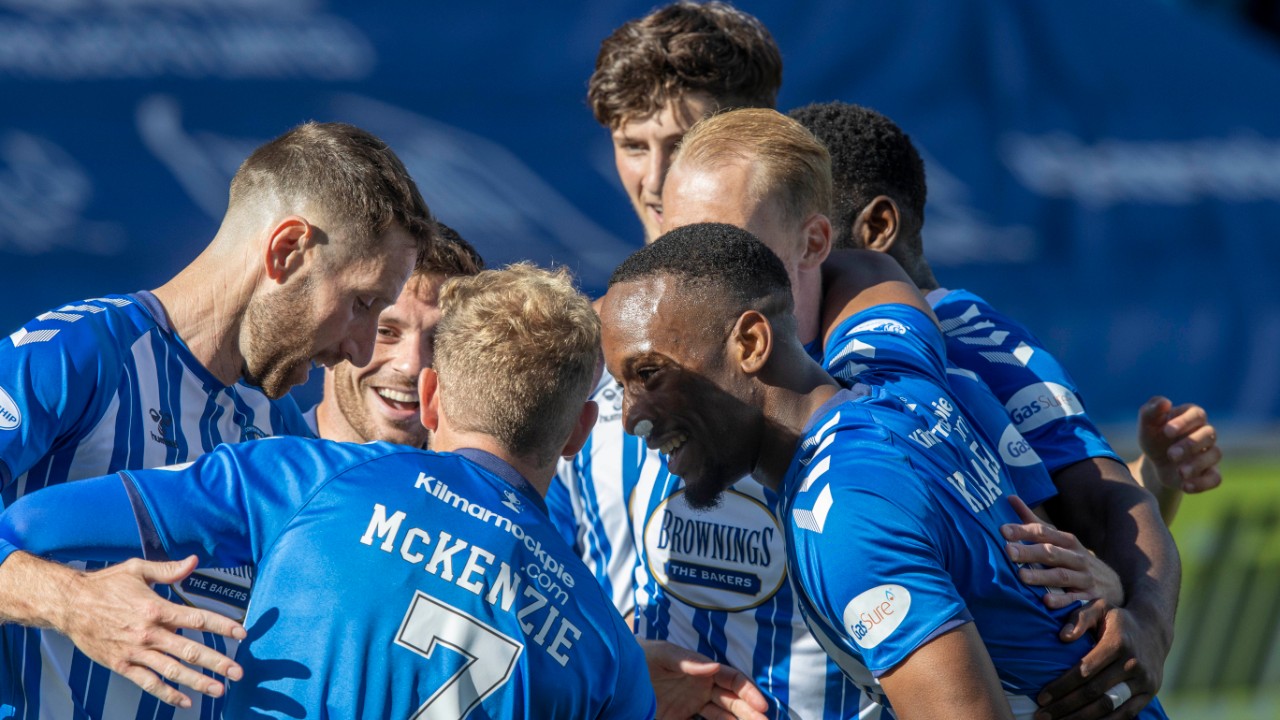 Nicke Kabamba says the feelgood factor around the Killie dressing room is definitely on the rise following the weekend’s 4-0 win over Dundee United.

The striker opened his account for the campaign with two excellent goals at the BBSP Stadium, Rugby Park and claimed the Killie TV Man of the Match award as we recorded our first three points of season 2020/21.

He said: “The goal was to go into the international break with a win – that was made clear in the changing room.

“I’ve been trying to get off the mark with one goal so I’m chuffed to get two. Getting three points was the real key and we made sure we got them.”

Alex Dyer paired Kabamba and Eamonn Brophy from the start for the first time this season and the move paid dividends with both attackers finding the net.

Kabamba would be happy to continue with the pairing when Killie return to action at Pittodrie after the international break.

He added: “It gives defenders a lot to think about rather than just the one attacker but I think the system worked brilliantly for defence to midfield – the boys were brilliant.”

Rory McKenzie’s outstanding finish added to the smiles at full time with Kabamba “buzzing” for his team-mate to score the goal which has caught the attention far beyond the Scottish game.