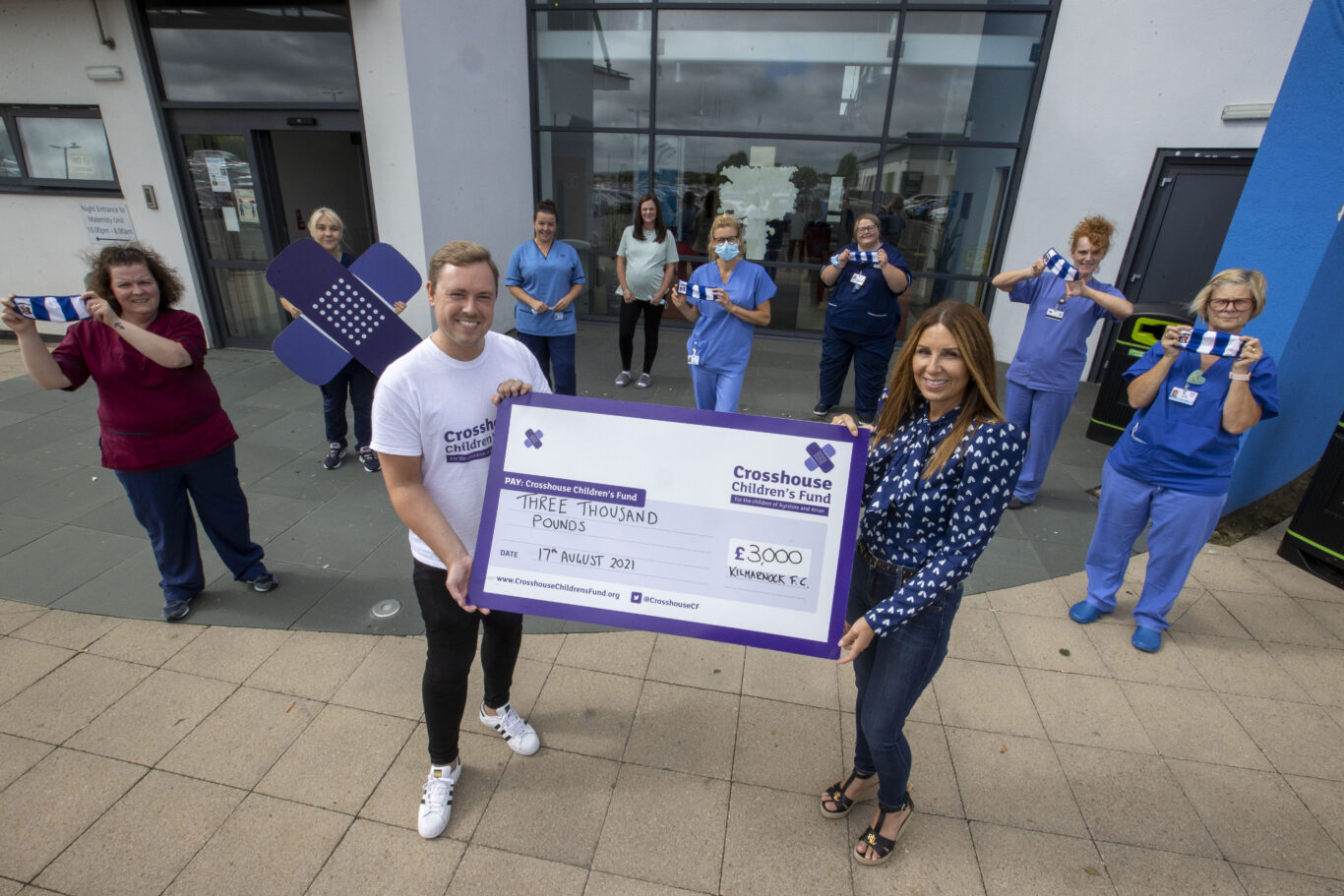 Kilmarnock fans have really stepped up throughout the pandemic and thanks to their generosity, we were able to donate £3,000 to our charity partner, Crosshouse Children’s Fund (CCF).

The money was raised through a donation of the profits generated from the sale of our official branded facemasks, which have been worn with pride by fans inside the stadium and all around.

Director Phyllis McLeish was on hand to make the donation to the charity at Crosshouse Hospital’s Maternity Ward.

Speaking about the initiative, she said: “Our partnership with Crosshouse Children’s Fund is extremely important to us all at the club, and the pandemic has hit charities really hard.

“This donation will assist Crosshouse Children’s Fund in caring for sick children and their families in their toughest times and we look forward to continuing our relationship as we progress through the 2021/22 season.”

Head of partnerships & events for Crosshouse Children’s Fund, William McGowan added: “We are incredibly grateful to the players, staff and fans at Kilmarnock Football Club for their continued support during the pandemic, and would like to thank everyone who bought an official Kilmarnock F.C. mask for their generosity.

“Thanks to generous donations like this, Crosshouse Children’s Fund has now been able to commit over £100,000 of funding for Ayrshire’s children in hospital and their families through our charity-funded support and enhancement projects.

“We rely entirely on fundraising and donations to make these projects possible, and hope that we can count on the continued support of individuals and businesses across the region to help us care for Ayrshire’s children in hospital.”

The club would like to thank fans for their continued support, especially in our newly launched Killie Superstore and we look forward to unveiling some exciting new ranges soon.

Meet our stars at 5K Halloween Walk for Crosshouse kids

Thank You to our shirt sponsors

Shift the lockdown pounds with the KCST