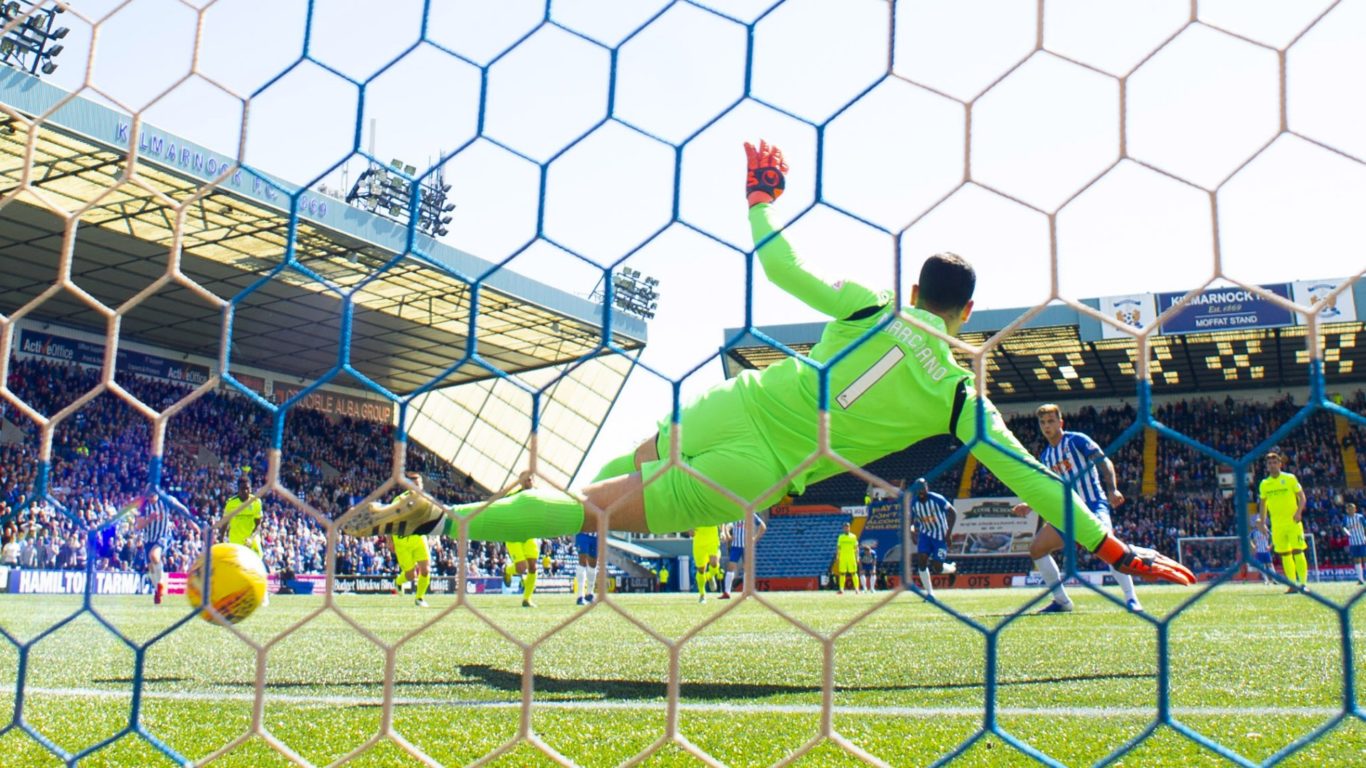 Fans can drive us over the line, says Brophy

Eamonn Brophy says the Killie players are desperate to end the season in third place after a 1-0 win over Hibernian.

Brophy stepped up to convert from the penalty spot for his first goal since January with injuries restricting his time on the field.

A strong Killie support played their part at a sunny Rugby Park against the Hibees and Brophy expects more of the same in our season finale against Rangers.

He said: "The fans have been like that all season to be fair, they’ve been excellent home and away and with us from the start.

The Killie striker could have doubled his tally for the day but put his strike wide when one-on-one with Ofir Marciano but he was pleased to get off the ark once more.

He said: "It was massive, obviously with Aberdeen getting the result last night against Hearts, so we had to put pressure on ourselves to get three points.

"We knew it was going be a tough game against Hibs, it always is so it was just nice to get the win in the end.

"It sets us up nicely for next week. Hopefully we can get the three points against Rangers, we've done it before so there's no reason why we can't do it again."

Tickets for Sunday's season finale must be bought in advance from The Killie Shop at Rugby Park.

Existing Moffat Stand Season Ticket Holders can buy a ticket for the Moffat Stand for Adults £15, Concessions £10 and U16s £5.