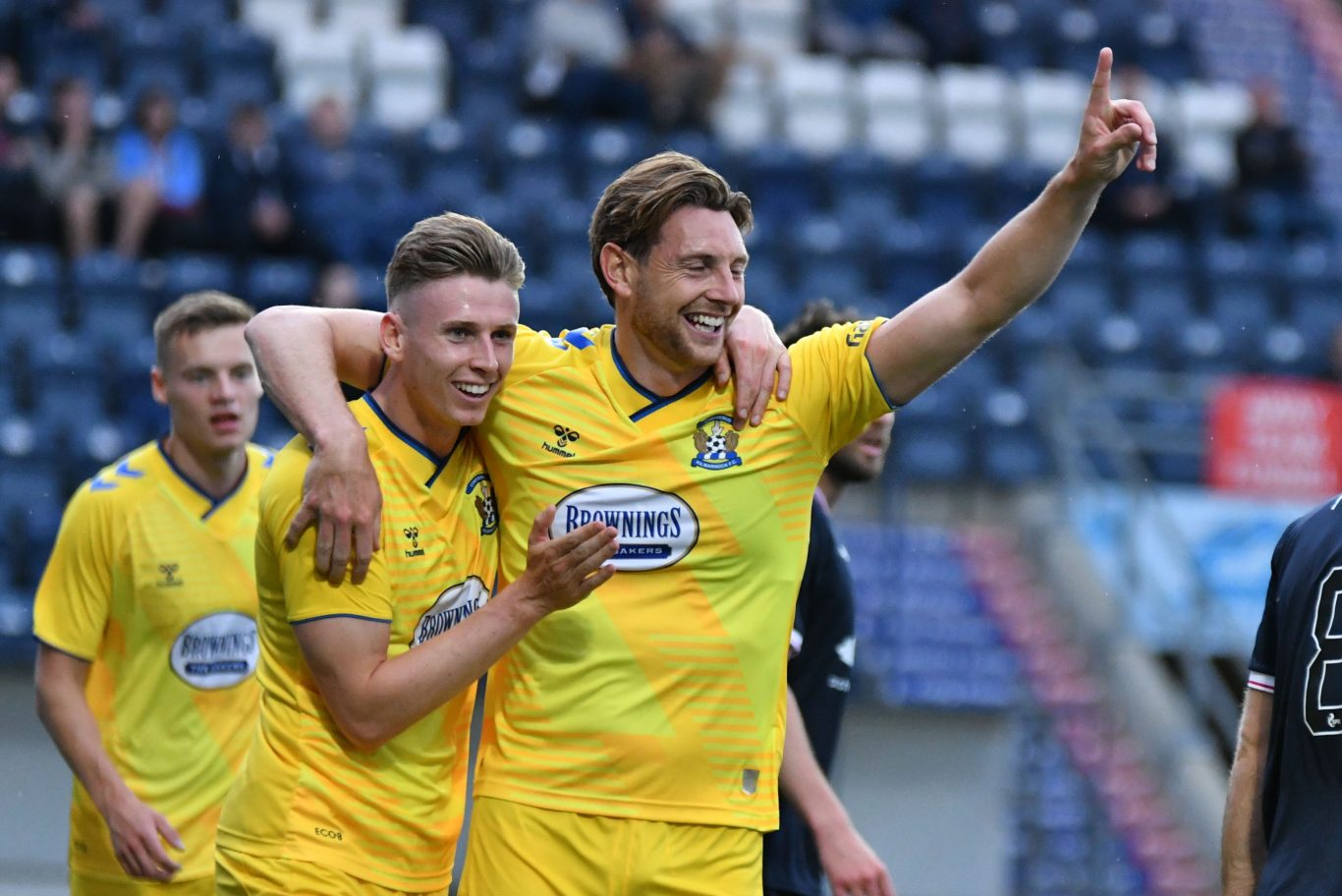 Killie completed their first week of pre-season fixtures with a 4-1 win over Falkirk as the hosts marked the naming of the Kevin McAllister Stand.

Doubles from Ash Taylor and Innes Cameron gave Killie the win and followed up our 1-0 victory over Queen of the South earlier in the week.

Derek McInnes’ men are now in Spain for a warm weather training camp with matches to come against Lincoln Red Imps of Gibraltar on Tuesday (June 28) and Charlton Athletic on Friday (July 1).

Check out Ross Mackenzie’s images from the Falkirk Stadium.