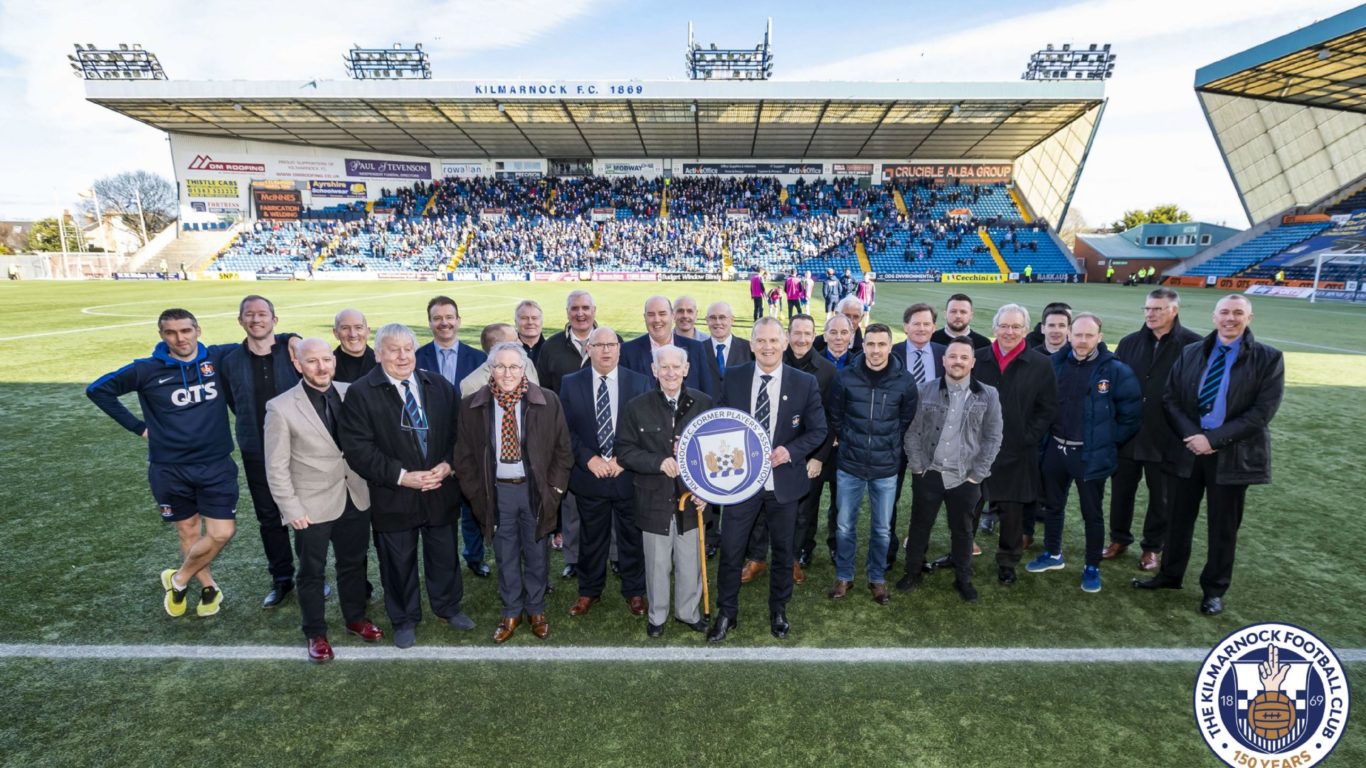 Over 30 former Killie stars made their way to Rugby Park to witness the launch of the Kilmarnock FC Former Players' Association.

Some legendary names including David Sneddon, Garry Hay, Derrick McDicken and Willie Waters made their way onto the pitch at half time as Steve Clarke's class of 2018/19 put on a stunning show to thrash Hamilton 5-0 in the sunshine.

Our 1997 Scottish Cup winning captain Ray Montgomerie was on hand to welcome all our former stars with the group holding a brief introductory meeting in The Champions' Lounge before Saturday's game.

Raymond said: "We have over 30 ex-Killie Legends here today and you could tell from the Reception at half-time that the crowd were delighted to see them. We look forward to getting more ex-players along to the FPA and letting them see how things have change here at Rugby Park.”

"Paul Clarke and myself will be the main points of contact for all our former players and we can’t wait to get to work on the list and get as many back along to Rugby Park as we possibly can."

Director Cathy Jamieson said: "The club are delighted to be able to offer our facilities and services to our former players through the new association.

"With Raymond and Paul at the helm, the board are looking forward to seeing our list of members in the FPA grow. Fans will get the chance to hear from them at home matches throughout the season, and it’s a great way to reconnect them with the club after many years in some cases.”

The group aims to ensure ex-players remain in contact with the club and are able to watch the team and interact with supporters.

Members will have the opportunity to attend home games at Rugby Park and will assist with our Half Time Draw and take part in Q+A sessions in our hospitality lounges.

Former players will have unlimited access to a range of services provided by the club as well as support from The Kris Boyd Charity.