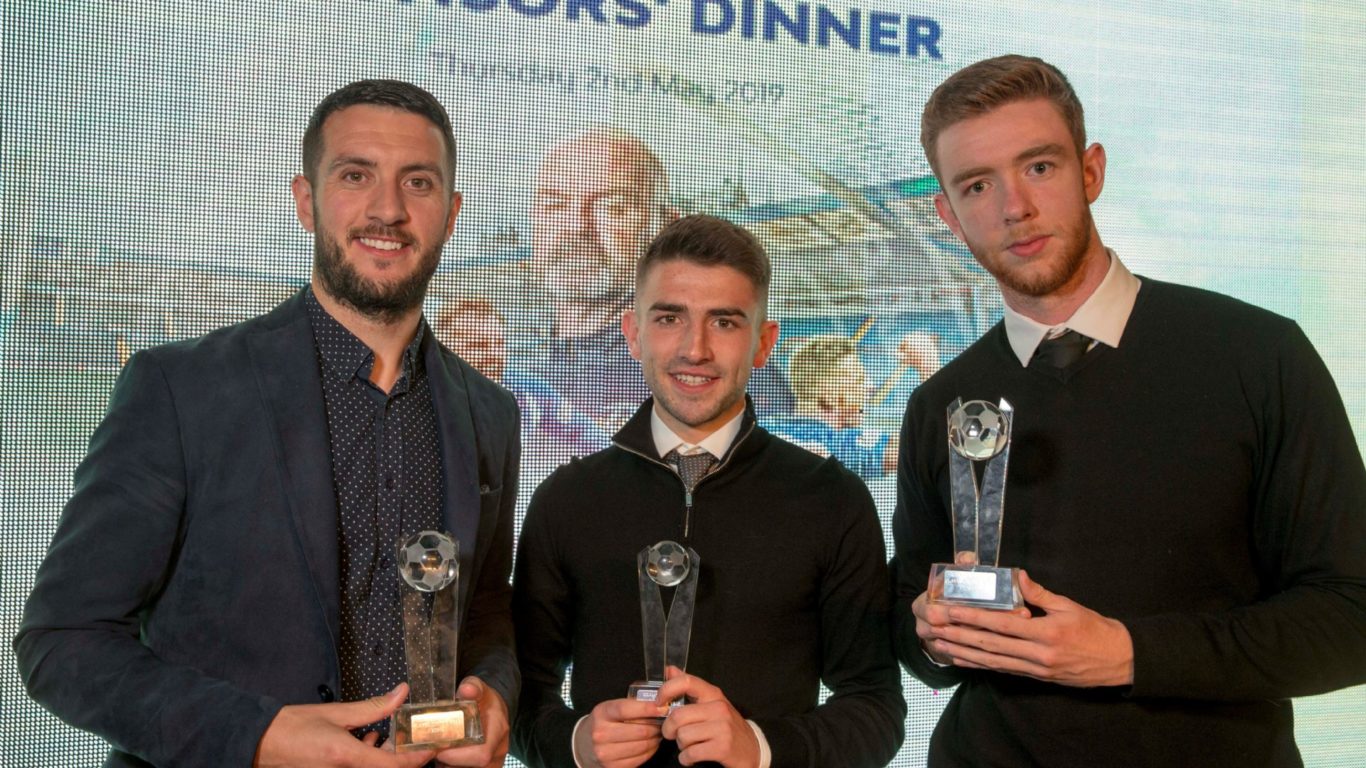 Gary Dicker and Stuart Findlay have won the Kilmarnock FC Players' Player of the Year award for 2018/19.

The pair gathered the most votes in a poll of the club's playing squad for their consistently outstanding performances over the past 10 months.

Killie vice-captain Dicker has excelled in both midfield and defence this season while Findlay's form led to international recognition with a call up to the Scotland squad in March.

Greg Taylor scooped the Young Player of the Year Award following on from his success as the recent KFCSA awards ceremony.

The prizes were handed out at the club's annual Sponsors' Dinner and the Board of Directors and Management would like to take this opportunity to thank all our sponsors for their support throughout the season.