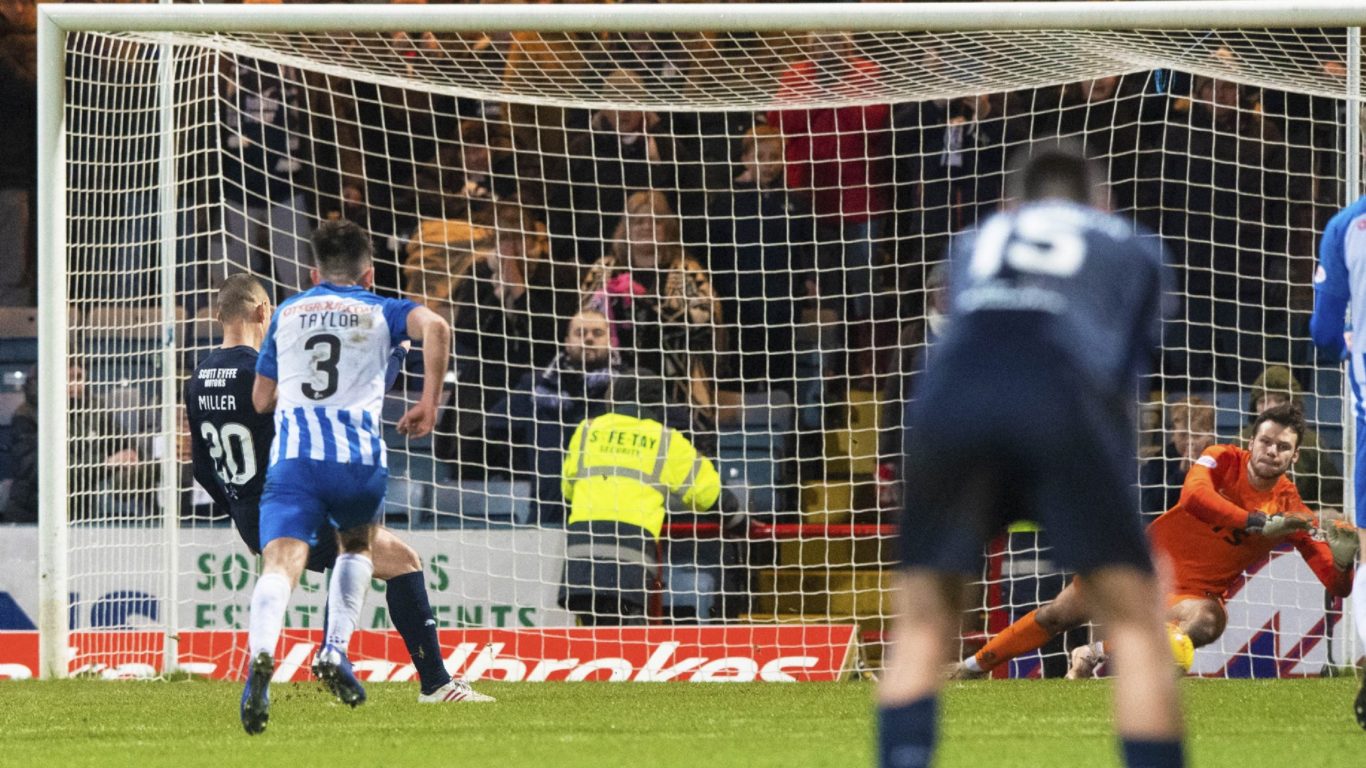 Dan Bachmann was the Killie hero as he saved an injury-time penalty to ensure Steve Clarke’s men left Dens Park with a 2-2 draw.

The hosts started on the front foot and they took the lead when Andrew Nelson found space inside the box to squeeze the ball past the Killie keeper after just eight minutes.

Conor McAleny was handed his debut and he made a fantastic start to his Killie career by latching onto a through ball by Kirk Broadfoot before finding the net to level the scores.

The away support inside the Bob Shankly Stand had barely finished celebrating before finding the hosts had retaken the lead. Nelson once again found space, this time on the edge of the box, and his snap shot beat Bachmann.

Only a brilliant low save by Bachmann denied Nelson his hat-trick as Jim McIntyre’s men confused the visitors with their aggressive and lively style of play.

Chris Burke was proving to be a real threat from set plays, swinging in two dangerous free kicks which were met by Gary Dicker and Broadfoot respectively.

And the right winger went one better after 54 minutes. From a central position he curled in a great effort which Seny Dieng in the Dundee goal simply couldn’t keep out.

Youssouf Mulumbu made his return in a Killie shirt and his arrival in place of Aaron Tshibola helped Killie to assert real control over their opponents. McIntyre introduced switches of his own with Kenny Miller taking to the field and the veteran forward would have a big part to play in the game.

On-loan Liverpool attacker Liam Millar came on for Jordan Jones and he produced a few glimpses of his talent on the left wing with Killie the only side looking likely to find a winning goal.

Millar and Broadfoot were both denied by sliding blocks by Ryan McGowan as Dundee’s desperate defending paid off.

And they nearly had the ultimate reward when Killie were caught short from an attacking throw in as Dundee broke with Miller through one-on-one with Bachmann.

Referee Kevin Clancy pointed to the spot but Bachmann went the right way and held onto the ball to make sure we wouldn’t depart Tayside empty handed.