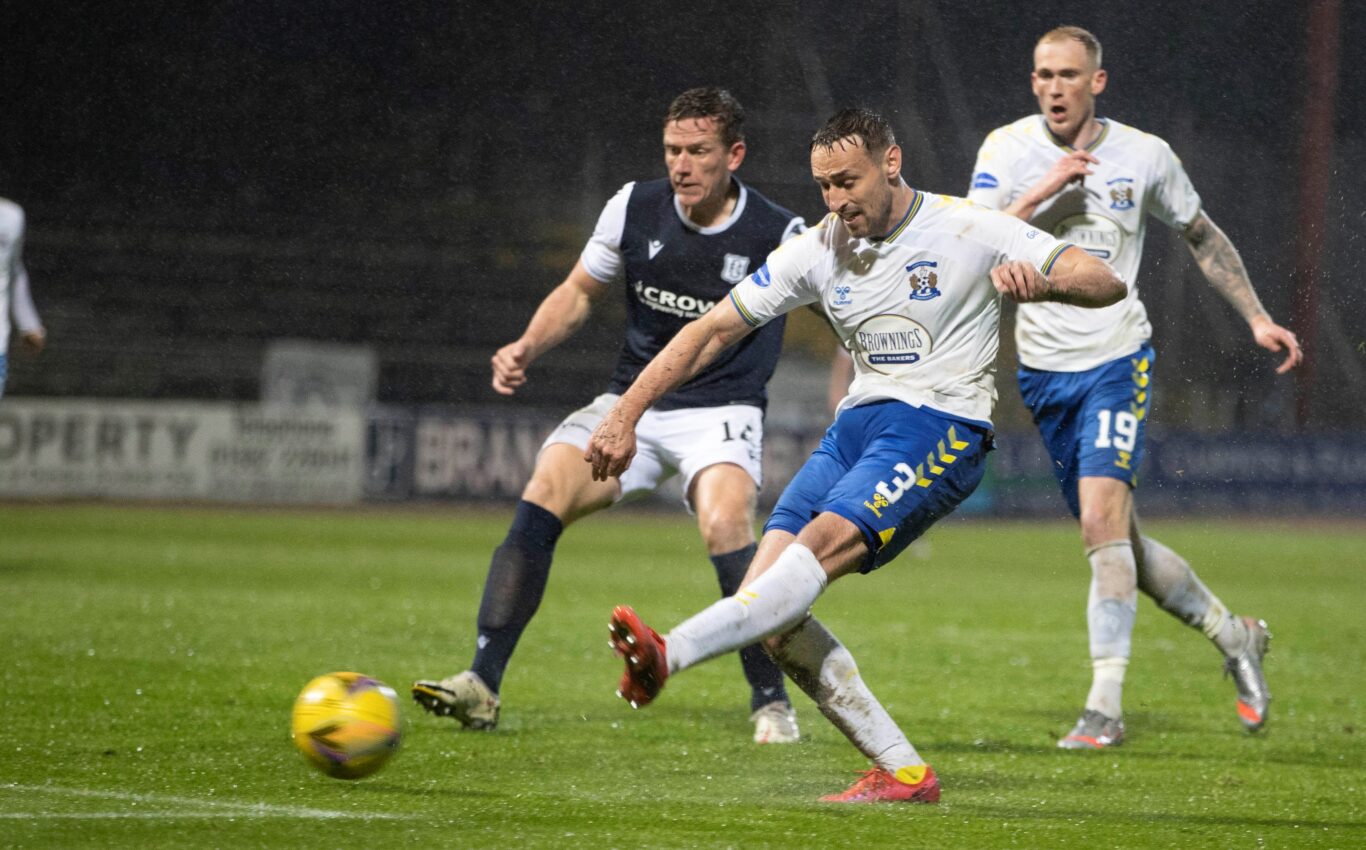 Goals from Jordan McGhee and Charlie Adam gave the Championship side the advantage ahead of the second leg at Rugby Park with Brandon Haunstrup’s goal giving us some hope.

The hosts made the perfect start with their first attack of the match after six minutes. Colin Doyle tipped Danny Mullen’s header off the post and Jordan McGhee followed up to score.

Mullen came close to adding a second minutes later but Doyle stood tall to narrow the angle and save.

Kyle Lafferty had Killie’s best chance of the first half, curling a strik just past the post but the visitors weren’t able to fashion many opportunities in torrid conditions.

After making a strong start to the first half, the home side did the same in the second period. Gary Dicker was robbed of the ball and Charlie Adam was on hand to fire the ball past Doyle on 47 minutes to make it 2-0 to Dundee.

Rory McKenzie was introduced to replace Greg Kiltie just before the hour mark to try and spark Killie into life.

Doyle made another good save to deny Danny Mullen as James McPake’s men aimed to add to their lead as Killie continued to make errors at the back.

Instead we had a lifeline on 77 minutes as Brandon Haunstrup drove into the box and after his first shot was blocked, he followed up to score his first Killie goal.

That goal has shifted the momentum of the tie slightly, giving us a lifeline to grasp when we return home in front of 500 fans on Monday evening.