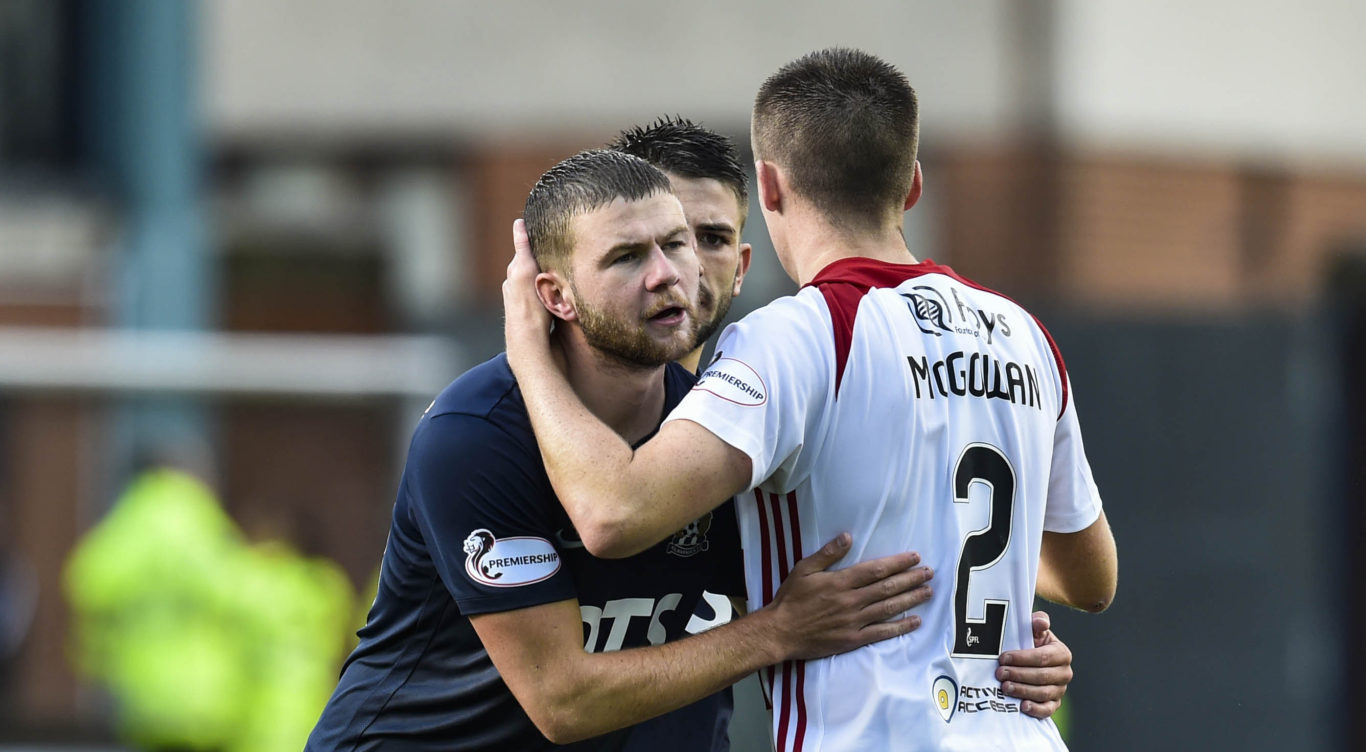 DT: This could be a turning point

Dom Thomas reckons Saturday’s fine 1-0 win over Accies in the Betfred Cup can be a turning point in the season.

DT23 bagged the late goal in extra time that booked Killie’s spot in the last eight of the competition.

After a challenging run of defeats, the winger admits that this cup clash was the exact kind of result the team needed.

“Sometimes when you’re going through a difficult time in football you get something that happens that’s a turning point,” he told Killie TV.

“It wasn’t the prettiest of games but we stuck together as a team and showed togetherness.

“We got the win in the end and we’re in the draw for the next round: that’s us one game away from Hampden.”

Whilst disappointed he didn’t start the match, he was delighted at being able to make a contribution to the game.

The extra legwork he put in to get into position to receive the pass was a huge part in securing the winner.

Humble as ever, Dom insists he’s just glad to help the team.

“I was disappointed not to be in the team as naturally I want to play every game, but that’s the manager’s decision,” he explained.

“When I got my chance to go on and help the team and score a goal – I’m just glad we’re in the next round.

“I’m not a fan of running! I prefer doing it with the ball but you need to do these things.”

The tests just keep coming for Angelo Alessio’s men, and with another difficult match against Aberdeen at Rugby Park coming up, Dom knows how tough it’ll be.

However, with a win under the belt – Dom hopes the momentum from the cup result can help Killie kick-on.

“We want to just take that togetherness, momentum and winning mentality to Aberdeen, who had a tough game in Europe.

“We know how hard it is and how good a team Aberdeen are but we will be up for it as we showed last year when we went toe to toe with them.”