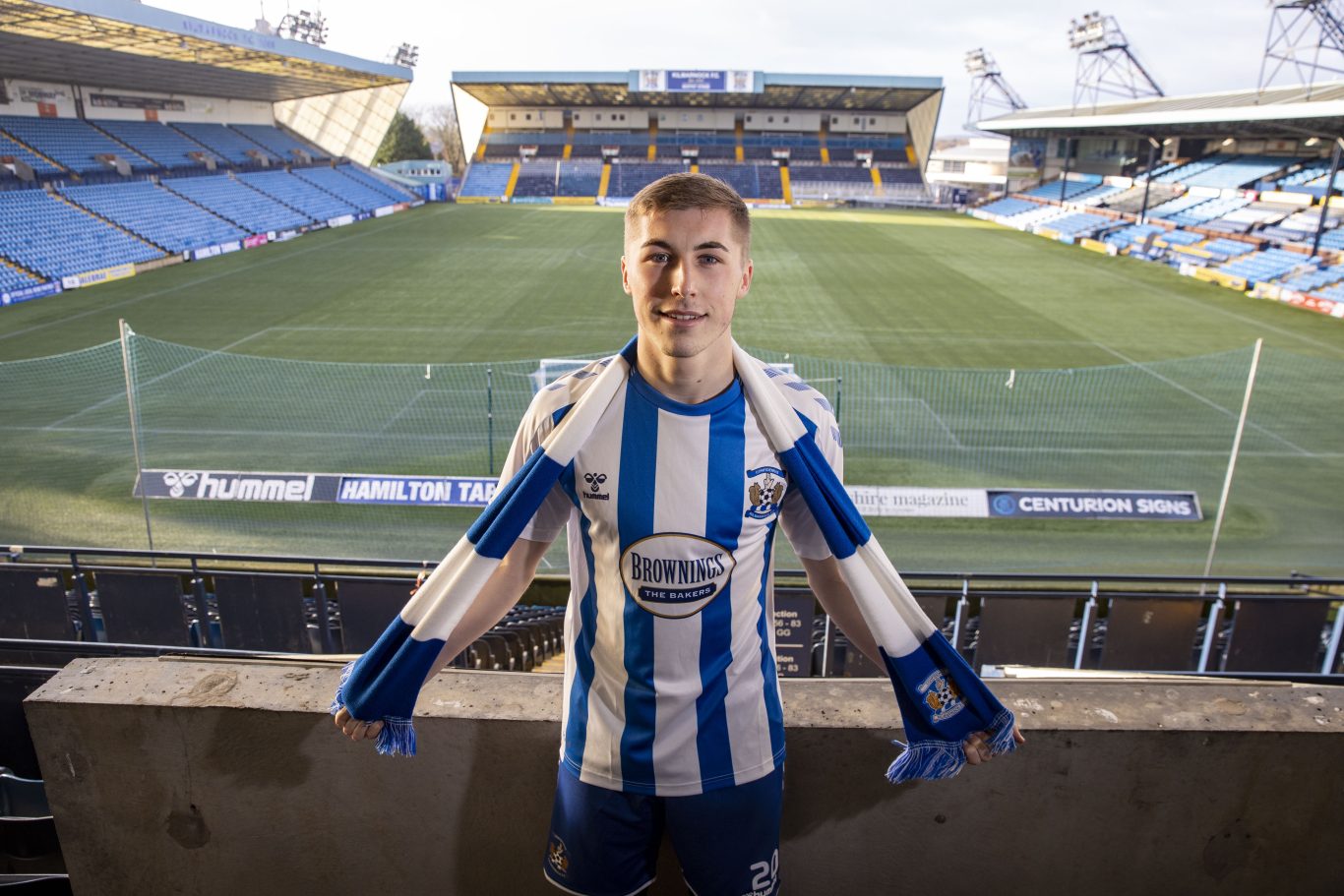 Derek McInnes has expressed his delight at being reunited with Dean Campbell after the midfielder joined Kilmarnock on loan from Aberdeen until the end of the season.

The Killie boss gave Campbell his Dons debut back in May 2018 and continued to develop the youngster during their time together at Pittodrie.

The 20-year-old is the latest addition to our promotion push and will join up with his new team-mates at training this morning.

Derek said: “Dean is a player I’ve known for a long time. I gave him his debut at the age of 16 for Aberdeen against Celtic and he’s always been someone I’ve had a high regard for.

“He’s probably found game time a bit more of a challenge so I think we’re getting a player with relatively good experience for someone so young. He’s got that added motivation of coming and getting more regular minutes.

“Dean is a good size and very technical and he’s left sided. We don’t have a left-footed central midfield player and I felt that was really important.

“I felt that was a priority position that we had targeted to try and bring in. If I’d thought at the start of the window when I first arrived that we could get Dean added to the squad or someone like him then I’d have been delighted with that.

“I’m really looking forward to getting to work with him again. He’s got a lot of good attributes and I’m sure he’ll fit right in.”

With Innes Cameron remaining on loan at Queen of the South for the rest of the season, Dean will wear number 20.