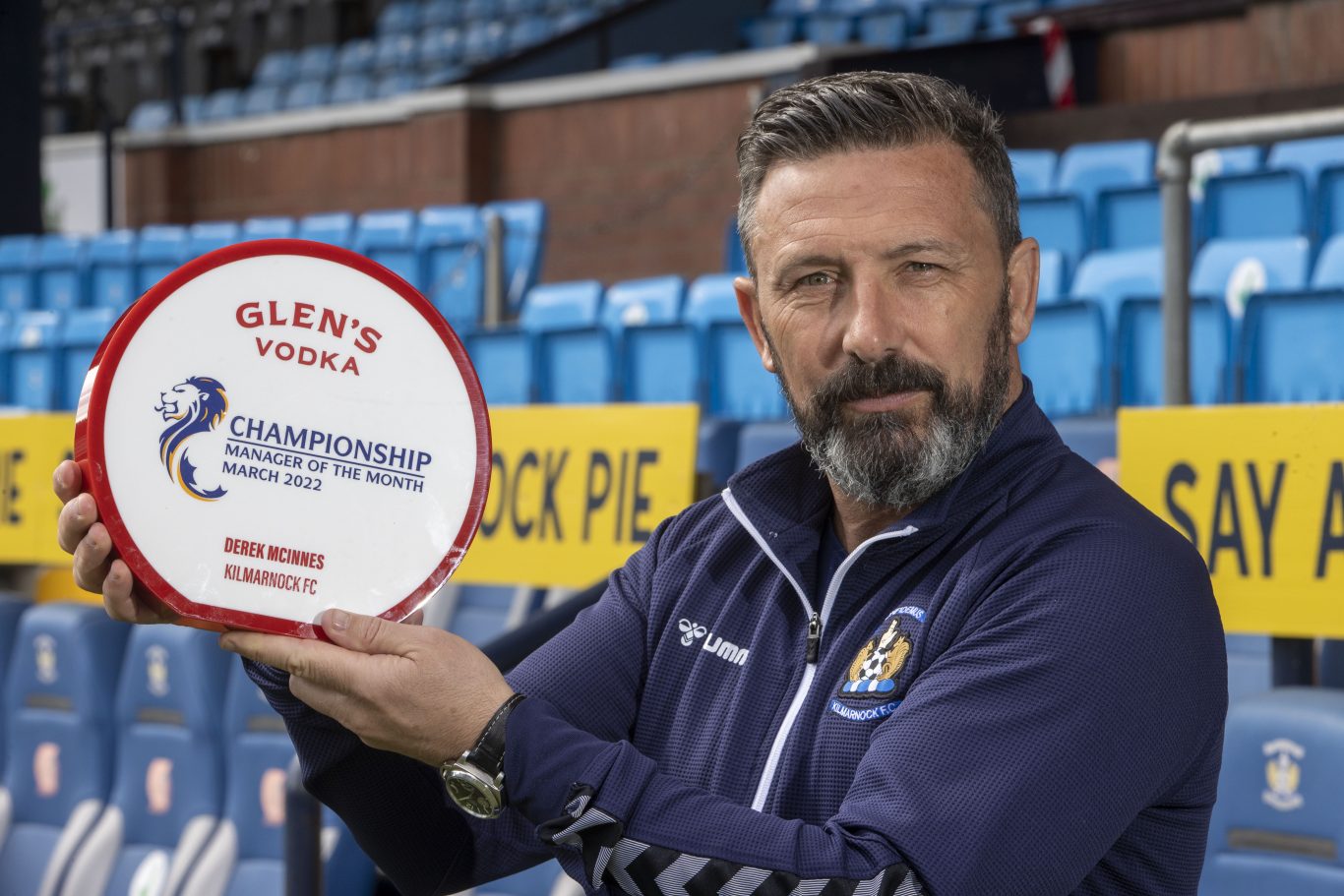 Derek McInnes has been named Championship Manager of the Month for March.

The Killie boss led his side to four wins from four matches in the league, including a 3-1 Ayrshire Derby win.

It’s the first monthly award for Derek, who joined Killie in January with the team sitting top of the table with five matches remaining.

Derek said: “Any award for a player or member of staff is recognition of good work by the players.

“As managers we’re all judged by the performances of the players and they’ve shown real consistency and level of performance in March.

“Obviously the main award that we’re after is clear for everyone to see.”