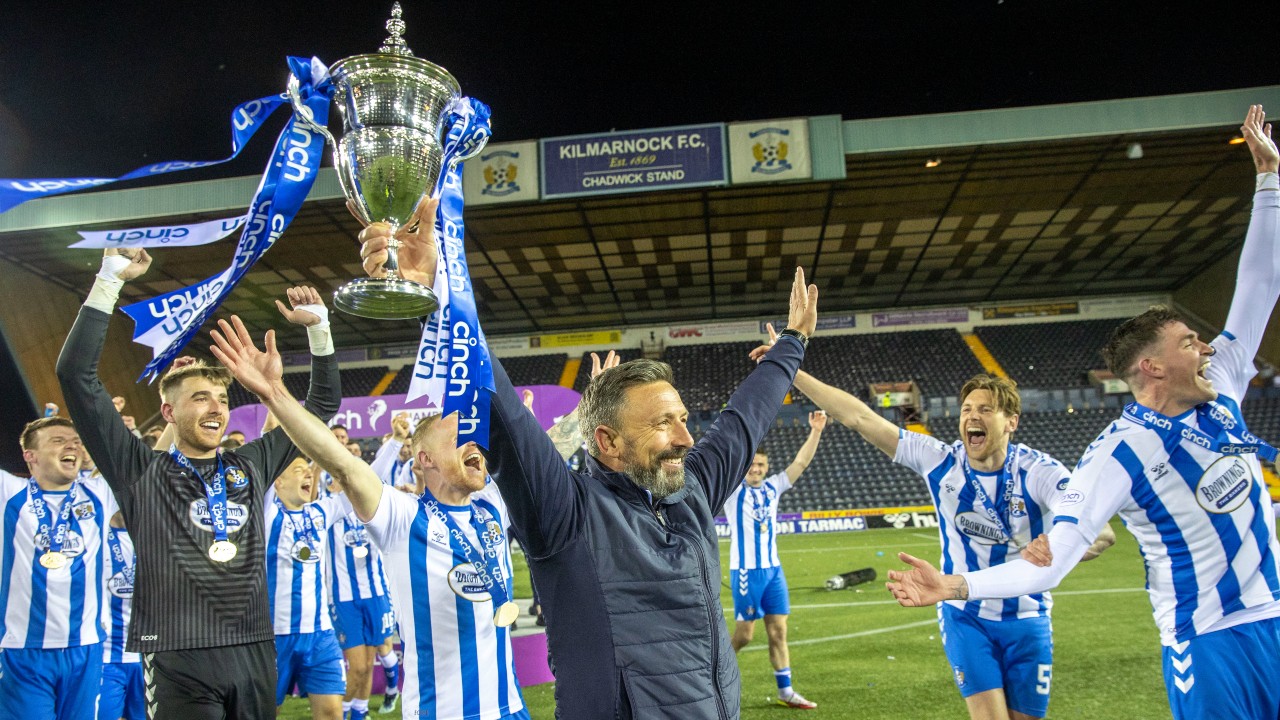 Derek McInnes has reflected on the ‘brilliant achievement’ of delivering the Championship title to Kilmarnock as he joined Killie TV for our end of season review.

The manager, who arrived at Rugby Park in January, sat down with Killie TV before heading off for a well-earned break.

In this section, the boss discussed the journey the players and coaching staff have experienced in 2022 as promotion was secured at the first time of asking.

We’ll have more from the manager next week as he discusses his transfew window plans as well as looking back at some of the key moments in the race for the title.