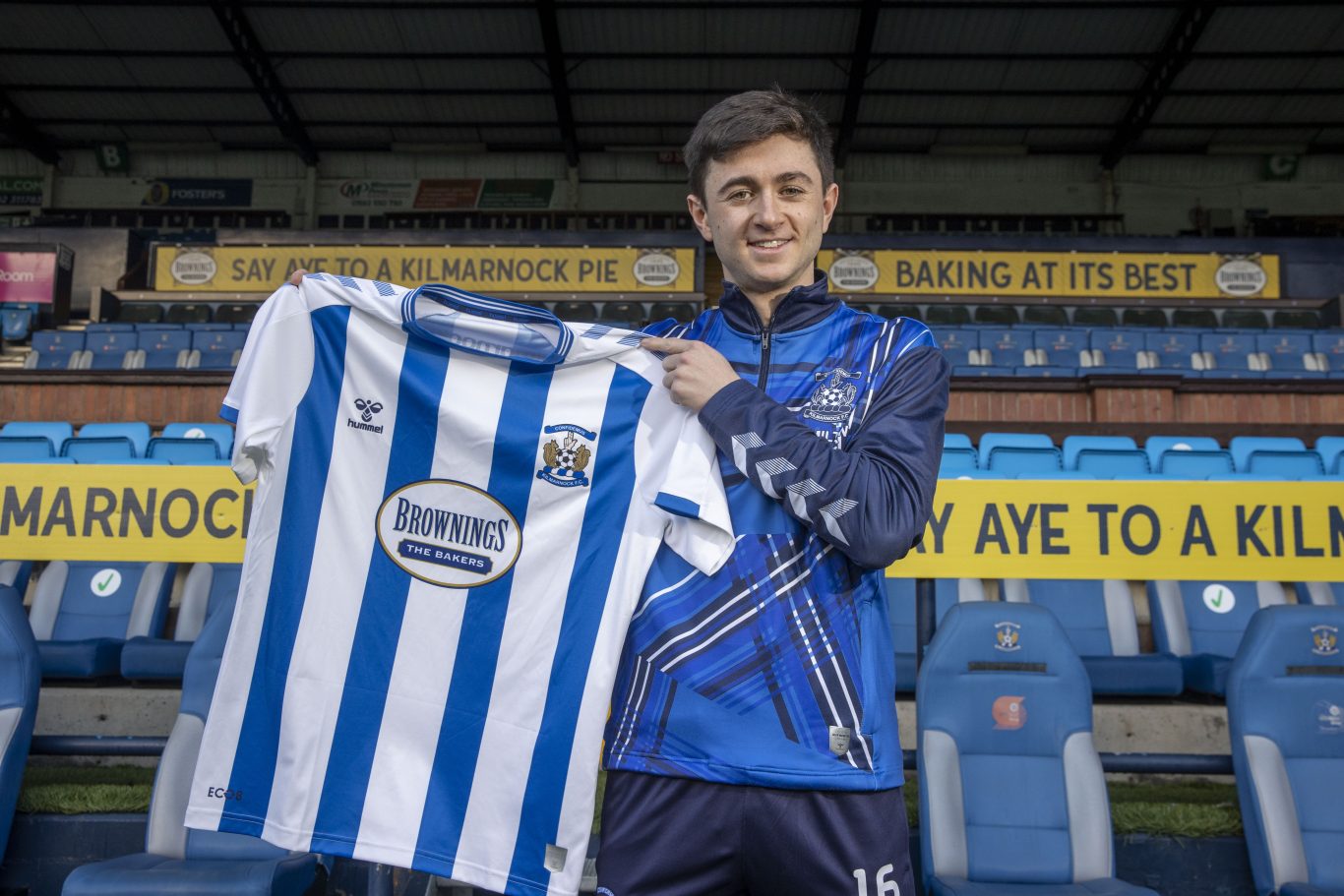 Declan Glass says he’s excited by the prospect of playing his part in Kilmarnock’s promotion push after joining on loan from Dundee United.

The 21-year-old midfielder already has a promotion to his name with the Terrors, aiding their Championship title win in the 2019/20 season.

Now he is looking forward to being involved with Derek McInnes’ Killie side as we head towards the closing stages of the campaign.

He said: “I’m absolutely delighted. It happened very quickly over the last couple of days and I’m thrilled to be here.

“I got a phone call on Sunday night and I didn’t hesitate about coming here, I was keen to go and everything got sorted.

“Kilmarnock is a big club and I know there will be pressure to try and win the league and get back to the Scottish Premiership and I’m looking forward to working in that environment and with that level of pressure. Hopefully I can relish it and put in good performances.”