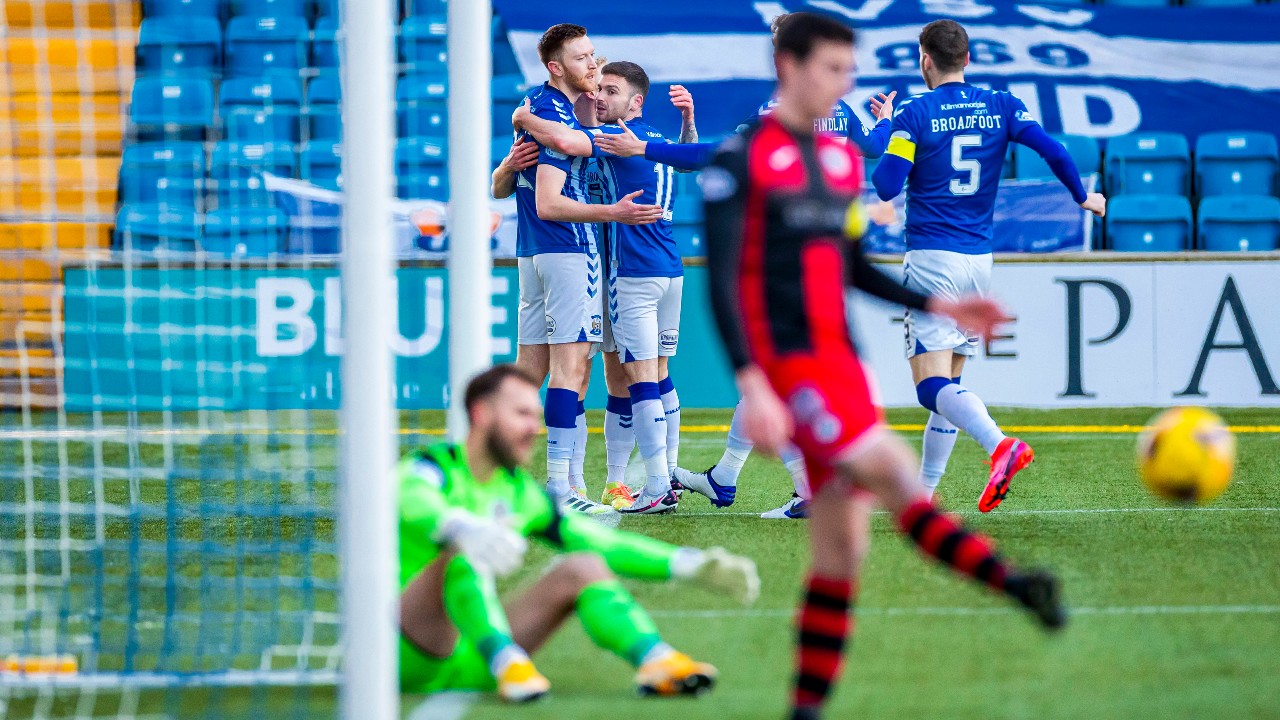 The attacker has scored twice in consecutive Premiership starts to take his tally to the season to four goals in 11 appearances for Killie.

Those numbers have been enough to earn the Englishman a contract extension until the end of the campaign.

“He’s taken a little while to settle down but it looks like he can put the ball in the back of the net, which is the most important thing as a striker and he’s done that in the last few games.”