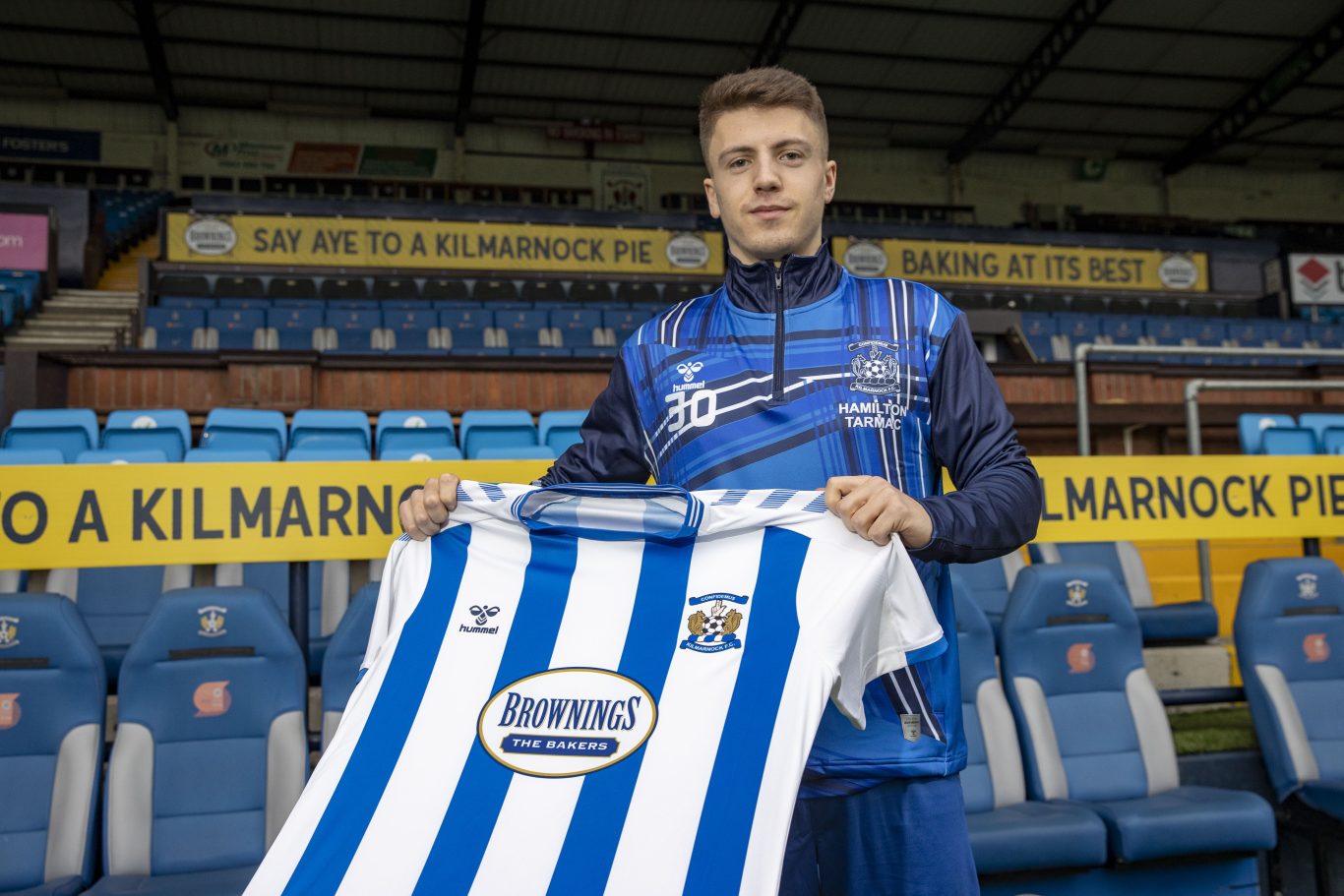 Daniel MacKay has become Derek McInnes’ first signing as Kilmarnock manager after joining on loan from Hibernian until the end of the season.

The 20-year-old winger moved to Easter Road in the summer after starring for Inverness CT in the Championship last season.

He scored his first Hibs goal in the Europa Conference League qualifiers and also featured against Killie in the late stages of our League Cup game at Easter Road.

Daniel made his Scotland U21 debut in June against Northern Ireland before gaining a second cap against Turkey in September.

He said: “It’s a good opportunity for me to come to Kilmarnock with the goal of winning the league and hopefully I can help the team do that.

“I’m happy that the manager was keen to bring me in and I can’t wait to get started now. I’m direct, quick and can score goals as well so hopefully I have all the ingredients to show the fans that I can do well on the park.”

Daniel will wear the number 30 shirt and after training with the squad this morning, he will be in contention for tomorrow night’s game v Partick Thistle.