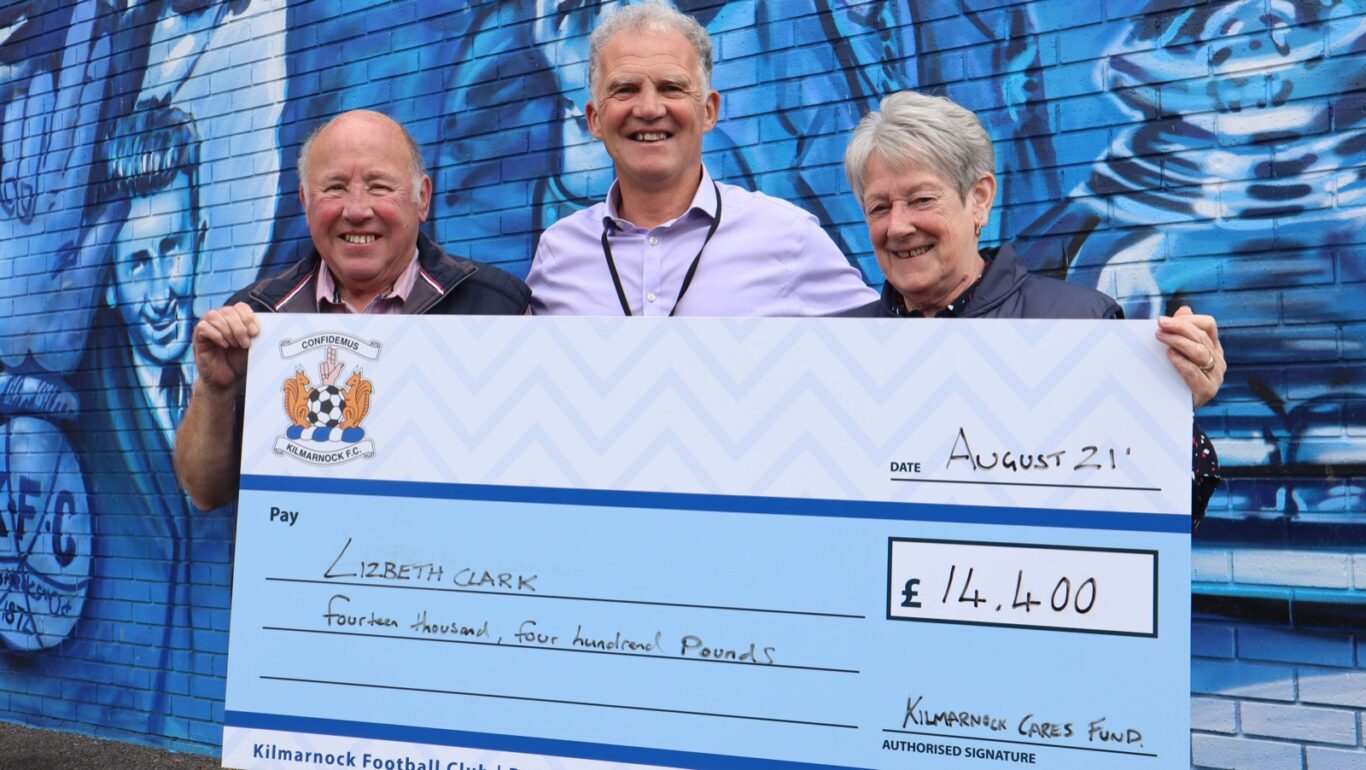 A Kilmaurs couple have expressed their joy and delight after winning a £14,400 jackpot in the Killie Cares Fund.

Club legend Ray Montgomerie was on hand to present Lizbeth Clark with her prize alongside her lotto agent husband, Ian following the win in the July 5 draw.

Ian, who is also known as John, has been a Killie supporter for almost 65 years and can still reel off our 1957 Scottish Cup final side from memory.

In an incredibly kind gesture, the pair have pledged to donate £1,000 of their winnings to our Youth Academy.

Lizbeth said: “It’s something which is hard to take in, it’s an amazing amount of money. My husband has been a season ticket holder for so many years and loves coming to the games.”

Head of Football Operations James Fowler thanked the couple for their donation, adding:

“It was a pleasure to meet Lizbeth and Ian and be able to thank them personally for their wonderful gesture.

“We’re extremely grateful to them and all our supporters who have shown incredible support to the club and our Youth Academy through a difficult period.

“Lizbeth and Ian’s warmth and love for the club shone through and we’re looking forward to seeing them at Rugby Park very soon.”

The Killie Cares Fund is so easy to play, with a simple website and a dedicated app meaning you can play whilst you’re on the move.

You can sign up and play the Killie Cares Fund here

And head to to your phone’s App Store to download the ClubForce app to play whilst you’re on the go.