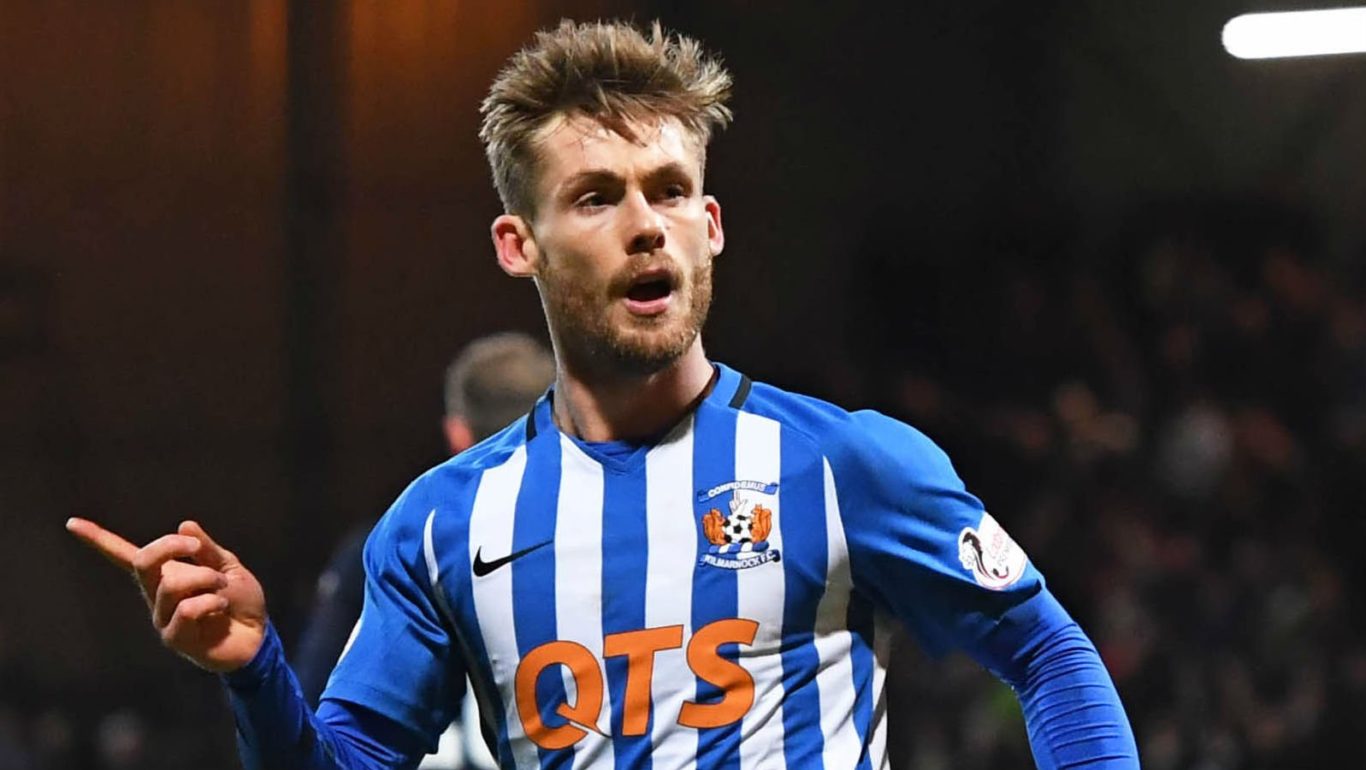 Conor McAleny was satisfied to take a point from Dens Park after finding the net on his Killie debut.

The attacker latched onto a fantastic through ball by Kirk Broadfoot to open his account following his loan move from Fleetwood Town.

After missing out on his bow against Hearts at the weekend, McAleny showed good positional awareness and finishing ability to get off the mark and he spoke to Killie TV after the match.

'It’s a good point away from home – we probably could have taken all three but so could they' he said.

'I’m happy with my goal and we’ll take the point.'

Having become Killie's first January signing, the 26-year-old has been getting to know his new team-mates after being forced to stay away for fear of passing on his illness to other members of the squad.

Now he's in and amongst the group, he's enjoying his early days at Rugby Park.

He added: 'It’s a great set of lads who have made me feel welcome from day one and when they are like that then it’s easier to settle in. I’m looking forward to the rest of the season now.

'We needed a reaction and to go to the next level and I think we played some good stuff in the second half and we were possibly unlucky not to get a couple of goals.

'We stuck in and grounded a point out away from home and it’s better than a defeat.'

You can watch Conor's interview in full on Killie TV.