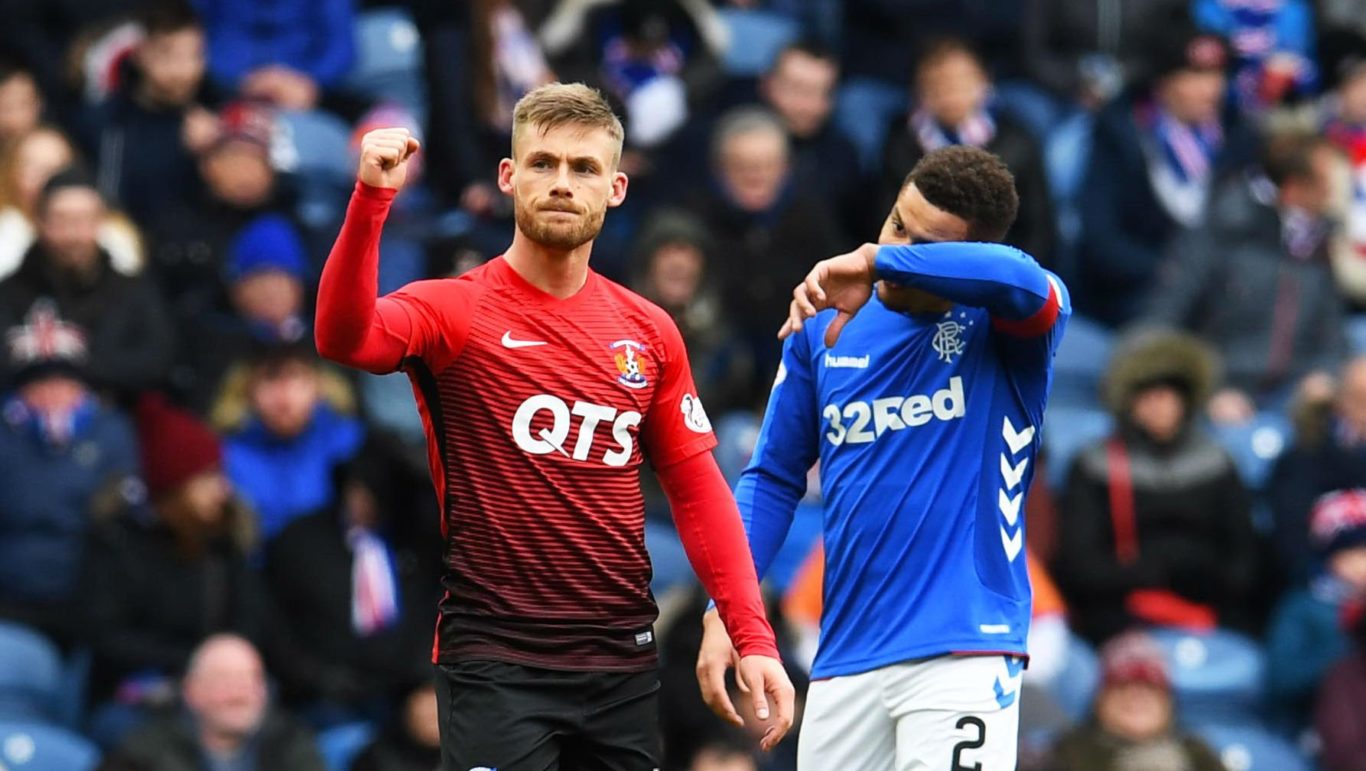 Conor McAleny: We could have grabbed Ibrox win

Conor McAleny believes Killie could have snatched victory at Ibrox after finding the net against Rangers.

The forward came off the bench after only five minutes for the injured Eamonn Brophy and he made his mark with the opening goal just before the half hour mark.

The 1-1 draw was enough to secure Killie’s top six spot and McAleny was pleased with his own contribution.

“I was a little bit in shock when I went through, great pass from Gaz [Dicker]” he said.

“The keeper’s come charging out so the only thing I could do was go round him and thankfully it’s went in.”

Alfredo Morelos scored the equaliser as Killie took a point away heading into the international break and McAleny felt it could have been more.

He added: “It was a very good game and a good atmosphere. It was on the edge and I think we were unlucky not get the three points to be honest.

“We had a few half chances if Liam goes through it could have been a red card for another day but I thought we were unlucky not to get three points.”