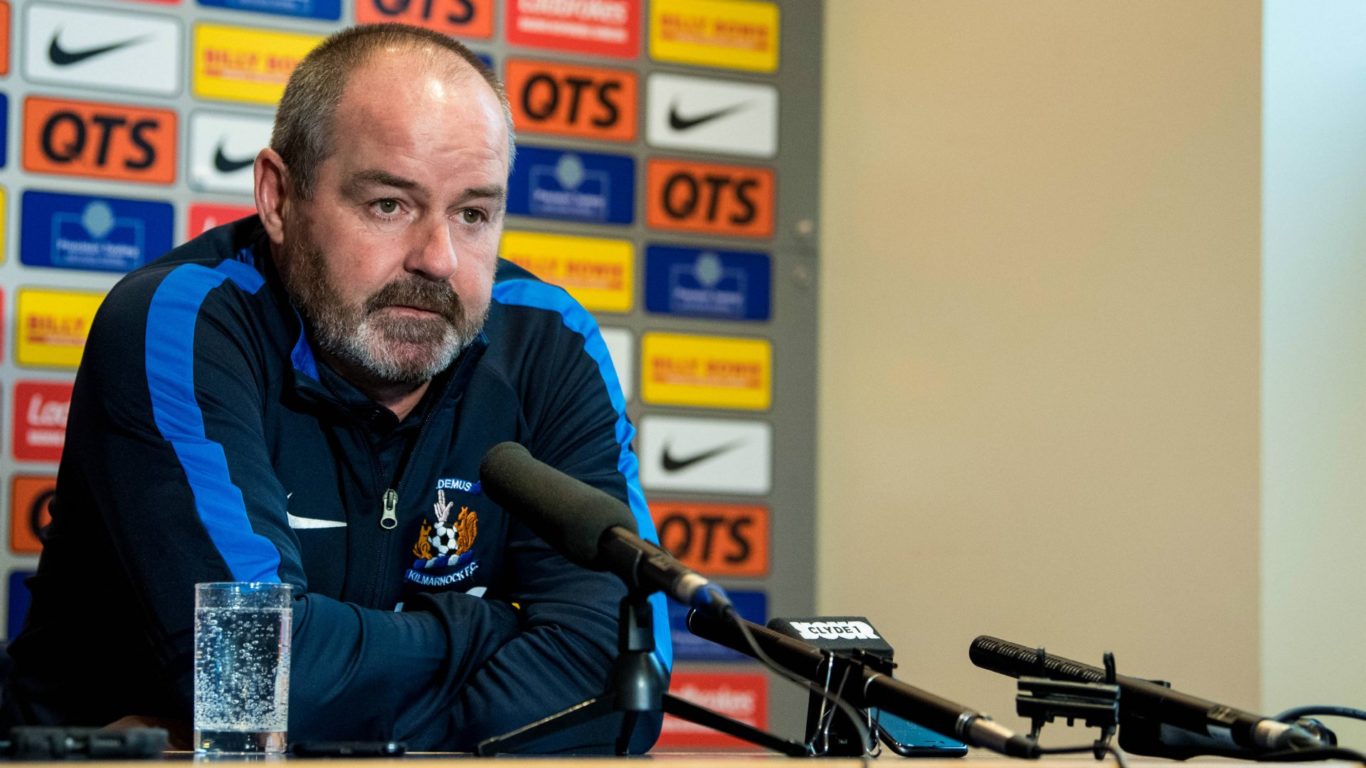 Killie sit second in the table, one point behind leaders Celtic with fourth-placed Aberdeen only two points behind the Rugby Park men.

Ahead of Saturday's meeting at Pittodrie, Clarke feels having so many teams fighting at the top of the table is another positive for the sport.

He said: 'I think it’s good for Scottish football that the league is so competitive.

'Don’t forget Hearts were at the top for a long time and they have suffered a bit with injuries and they’ve found it difficult to get their rhythm back since they had those injuries.

'St Johnstone under Tommy [Wright] have done fantastically well and both of those two teams are not far away either so for Scottish football it has been good.

'The level of performances and competition has been good this year. Everybody seems to be capable of beating everyone else, which is good for the league.'

Describing Aberdeen as a good team with good players, the Killie boss said he admires the way Derek McInnes has organised his team and believes the Dons don't know when they are beaten - qualities which Clarke recognises in his own players.

Following Wednesday's 2-1 win over Rangers, Clarke was asked whether Killie would the expectations from outsiders would add a new level of pressure in upcoming matches.

'I think it’s the confidence of the players. We can’t control expectation levels outside of our group or our club. Other people can have any expectation they want about us.

'We know what we are capable of doing, we don’t shout about it from the rooftops. We go about our business in a quiet and diligent way and so far, that seems to work quite well for us.

'I don’t think you can be second in the league and under the radar but what you can always be is humble and respectful of the fact that every game we play is a difficult game and every opponent we face is a difficult opponent and that’s what we try to do.'

With the transfer window closing next Thursday, the Killie manager was also asked about potential new signings including links to Wigan defender Alex Bruce.

'Alex is one of a number of targets that I’m looking at.' Clarke said.

'I took a risk in the first half of the season as I ran with three central defenders. Everybody told me I was wrong to do that but thankfully we got away with it.

'The second half of the season certainly when Kirk Broadfoot got quite a bad concussion against Livingston then I need to protect myself at centre back. I’ve looked at three or four and Alex is one of the names on that list.'