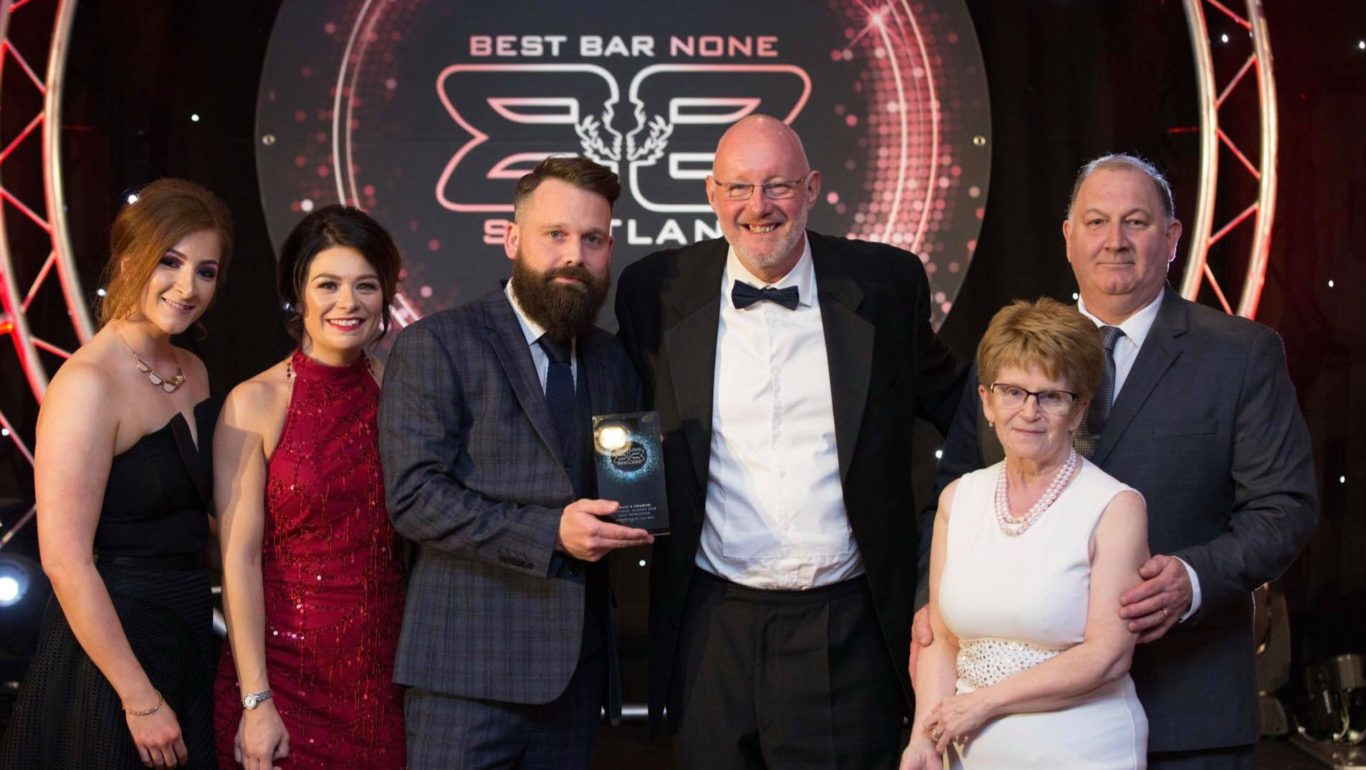 Community Hero: Pub staff give the gift of life

The Community Hero is back with Stewart Trophies and tonight’s winners are no strangers to picking up awards.

David Little, Kelsey Little and Jamie Sharp of the Brass and Granite pub received several nominations including one from local MP and Killie fan Alan Brown.

More than just a pub, staff at the Grange Street bar have led the way by fundraising for defibrillators, which have been gifted to the community. The team’s tremendous efforts have seen New Farm Community Centre fitted with the first 24-hour access defibrillator.

Over the past six months, the Brass and Granite has donated six defibs to schools and other local community sites.

The pub is also instrumental in the town’s unique Killieween celebrations with the Brass also boasting a fine collection of Killie memorabilia inside.

It’s been a successful time for the Brass and Granite after they scooped the overall Excellence award for Scotland at the recent Best Bar None Awards at The Park Hotel.

Their success also earned staff a trip to the national awards in London where their distinction was noted.

A team with community at their heart, we’re delighted to present the Brass team with our prize.