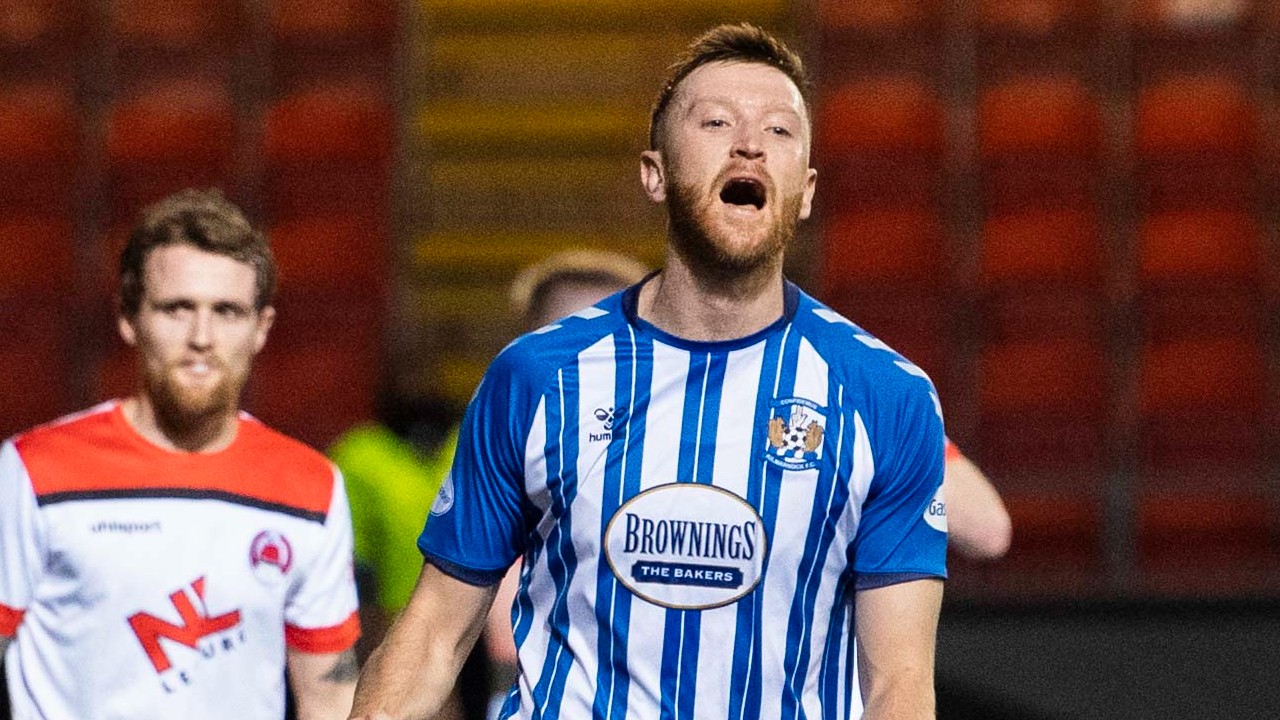 Clyde 0-2 Kilmarnock: Danny at the double

Danny Whitehall scored his first Kilmarnock goals as Alex Dyer’s men got back to winning ways with a 2-0 victory against Clyde.

The striker finished off a fine team move just before half time before curling in a great strike from the edge of the box after the break to get off the mark for Killie.

As he promised to do, Alex Dyer made changes with Stuart Findlay, who was handed the captain’s armband, the only player from Friday’s loss o St Johnstone to keep his place in the starting XI.

Colin Doyle started in goal with a back four of Findlay, Zeno Ibsen Rossi, Aaron McGowan and Brandon Haunstrup.

Tomas Brindley was handed his first senior start for Killie alongside Youssouf Mulumbu with Rory McKenzie and Mitch Pinnock providing the width.

Whitehall partnered Eamonn Brophy up front and the pair combined well in the face of good pressure from the League One outfit.

While the impact of Coronavirus halted Killie’s charge for the trophy, the match saw squad members gain vital minutes on the field while seeing the team get back to winning ways after three 1-0 defeats.

Early chances for Haunstrup and Brophy were well saved by Mitchell while Clyde had opportunities of their own through their captain David Goodwillie.

Killie remained patient in the face of strong pressing from the home side with Mulumbu and Brindley keeping the ball moving in the middle o the park.

The deadline was broken one minute before the break as Pinnock send a deep cross to McKenzie, who took a smart touch inside before cutting back to Whitehall to tap in well.

The second period had barely started when Whitehall fashioned space at the edge of the area and found the corner with a fine curling strike.

The Ayrshire outfit remained in control aside from one slip, which gave Clyde an opening only for sub Kristoffer Syvertsen to hit the post and see the ball bounce into the arms of Doyle.

Whitehall had one chance to claim the match ball and his hat-trick but his shot was deflected wide but he can be extremely happy with his night’s work as the full time whistle blew.