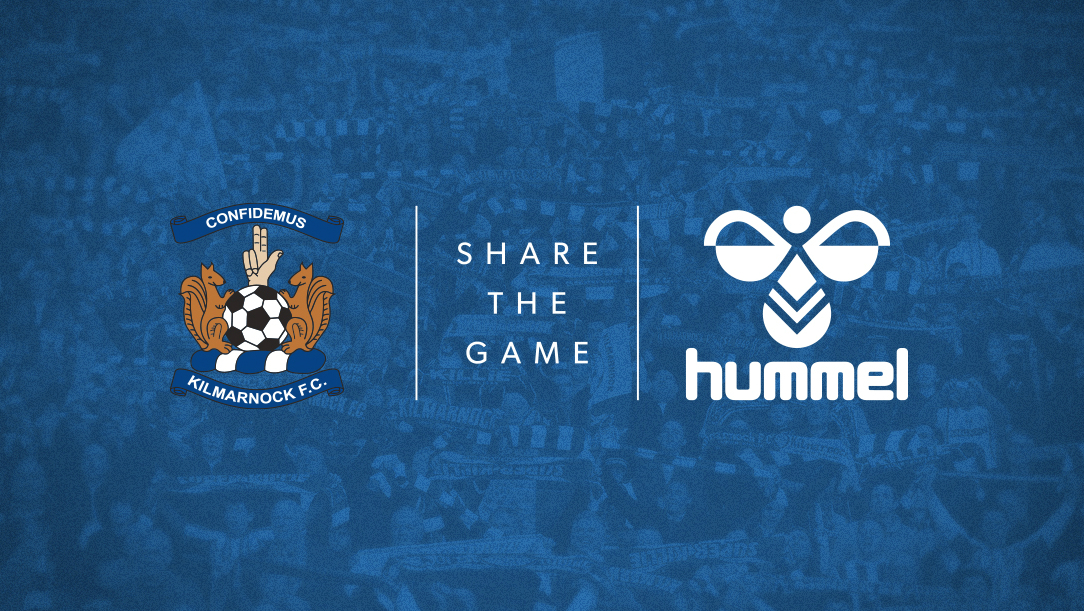 Kilmarnock Football Club is delighted to announce that hummel will be the club’s new Technical Kit Partner until 2023.

The club-record deal will see hummel produce bespoke Killie kits each season, as well as a range of training wear, which will be available to buy from the Killie Shop.

We will wear our new hummel kits for the first time in the summer and details of when these will go on sale to fans will be released in due course.

Hummel came out on top following a rigorous selection process and replace Nike as our kit manufacturers.

Director Phyllis McLeish said: “The kits are very tasteful, embracing the hummel chevrons as well as featuring our new title sponsor, Brownings the Bakers for the first time, making this an even more special partnership.

“The club would like to thank JustSport and Nike for their continued support over the past four seasons and look forward to ushering in a new era with hummel bespoke kits, which we are sure our fans will love.”

Mark Underwood, MD of hummel UK added: “We are extremely excited to have been chosen to partner with the Scottish Premiership’s oldest professional club and look forward to watching our partnership flourish with Kilmarnock FC.

“As a business, our philosophy is to produce garments that embody the heartbeat of the football club and that have character and class. Over the next three years we will work extremely hard to ensure that the players, staff and most importantly the supporters wear our garments with pride.

“With 150 years of history behind the club, we can’t wait to be part of Killie’s next exciting chapter.”