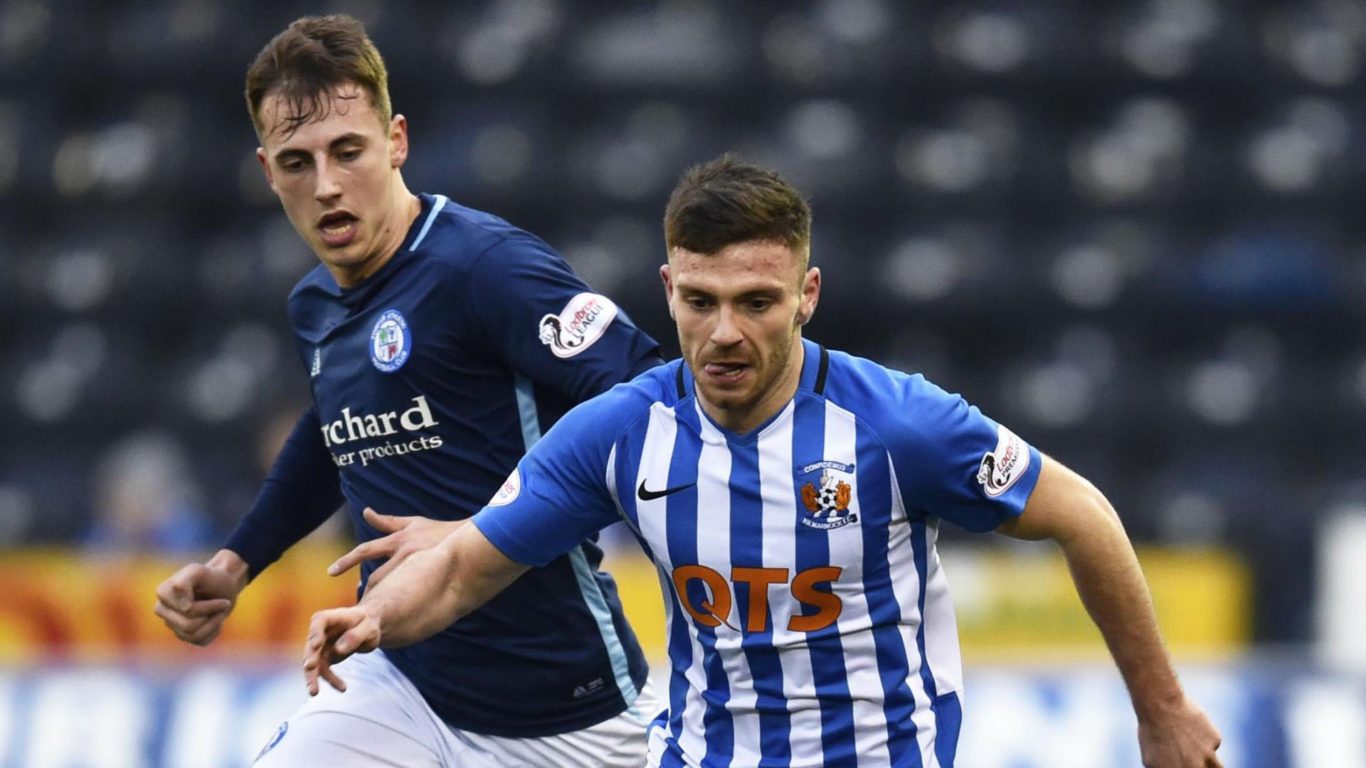 Steve Clarke is sure Greg Kiltie and Iain Wilson have bright futures at Kilmarnock as he considers whether they will leave Rugby Park on loan this month.

Both players featured in the starting XI during the 2-0 Scottish Cup fourth round win over Forfar with Wilson, playing at right back, named Man of the Match.

The Killie boss admitted the pair have spoken to him about getting more minutes on the field and he understands what is required to help them fulfil their potential.

Speaking after the match, Clarke said: 'It was important Greg Kiltie played as he hasn’t played for a long time. Iain Wilson got a run out. Those are two players I think will be a big part of the future of the club.

'Neither of them is particularly happy because they’ve not been getting very many minutes. In this window I will look certainly to get Wilson out on loan. Greg Kiltie may need to stay around now that I’ve lost the other one.'

The Killie boss has previously spoken about Kiltie following his fine form for Andy Millen's Reserve team while Wilson's campaign has suffered due to niggling injuries.

'I spoke with Greg in the summer about the fact that I feel he’s been mismanaged because he’s always been forced to come back too quickly after injuries.

'We spoke about having a prolonged period out of the team where he would just work day-to-day and he’s been doing that fantastically.

'It was my intention to let him go on loan last week but obviously with the circumstances that cropped up I had to keep him around. It was nice to see him play for Kilmarnock, he will be a big player for the club in the future and at the moment it looks as though he is staying in.

'If I could bring in a replacement forward then maybe I’d still consider letting Greg go out to get some games.'

Scotland U21 international Wilson performed well against The Loons from his full-back role with fans more used to watching him play as a central midfielder.

The manager said he may look to find an option in the Championship for Wilson, who recently extended his Killie contract until 2020.

Clarke added: 'Iain Wilson, who I thought did quite well at right back today, is another one in the same boat.

'He’s a young boy who wants to play more games, I can’t promise him games in the team. If something became available as long as everyone is fit and well I’d probably let Iain go out and play some matches as well.

'Both players in my opinion will be big players for the club in the future but we have to look after them.'