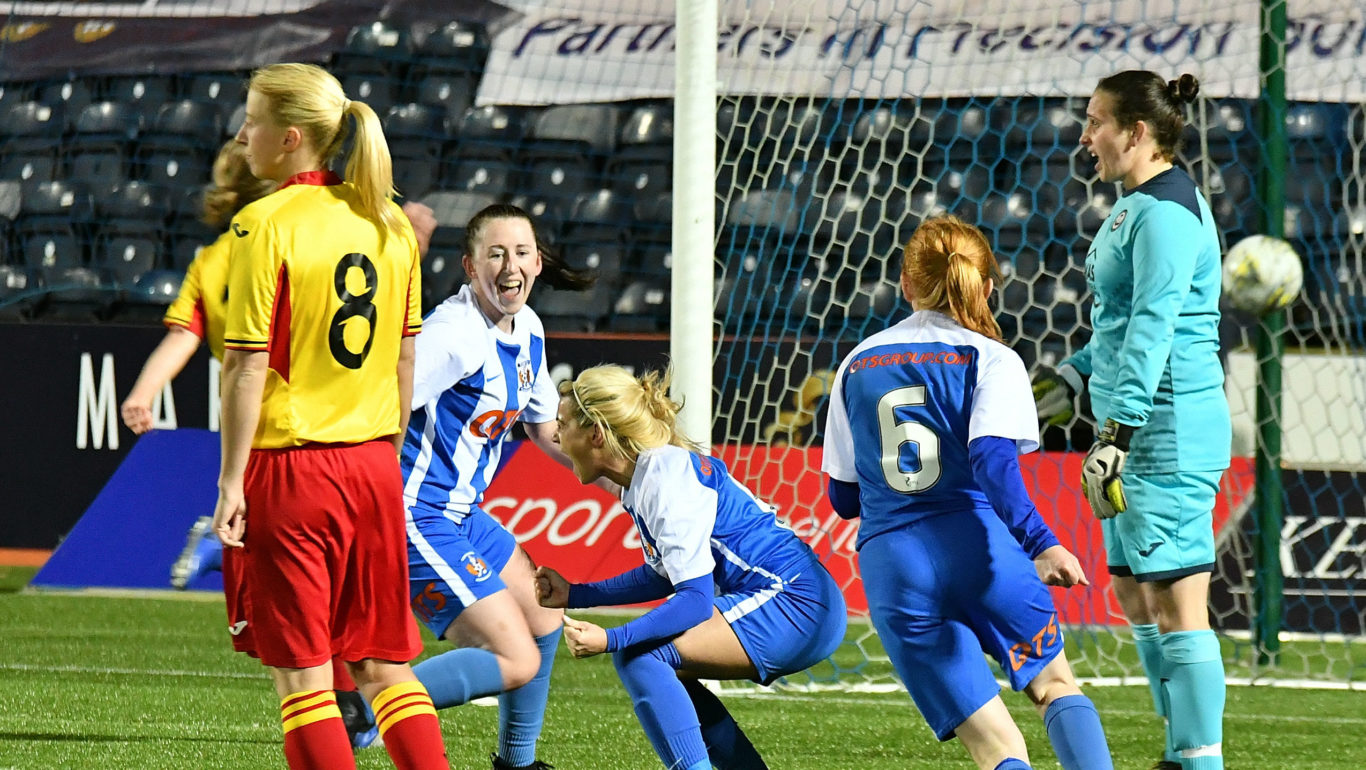 Clare Docherty nominated for Player of the Month

FC Kilmarnock star Clare Docherty has been nominated for the SWPL Player of the Month award for October.

The midfielder has been a crucial part of Stewart Hall’s team this season, producing a number of fantastic displays during a hectic month for the team as they battle for a top three finish.

Docherty opened the scoring during the 2-0 home win against Partick Thistle and created two goals during clashes with Hamilton, Glasgow Girls and Hearts as Killie played four matches in just 12 days.

Clare is competing for the prize with Forfar’s Donna Paterson, Hibernian’s Jamie-Lee Napier and Kirstie McIntosh of Hamilton.

Click this link and register your vote for Clare