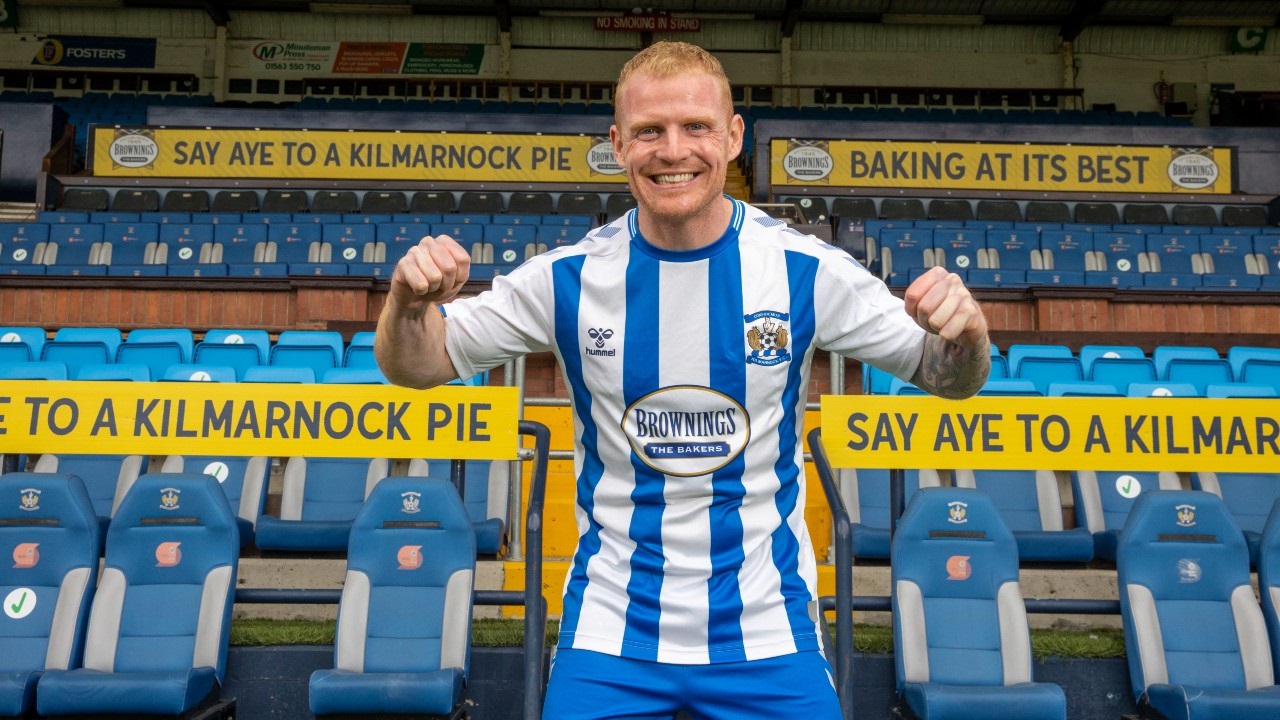 Chris Burke admits he couldn’t imagine himself wearing another team’s jersey after signing a new Kilmarnock contract for season 2021/22.

The midfielder thanked manager Tommy Wright and the club hierarchy for giving him the time and space over making the decision to prolong his time with Killie for another year.

He told Killie TV: “It feels excellent to extend my stay here. I had to do what was best for myself and the football club as well.

“I’m just delighted to get it over the line and meet the new group. There’s a lot of new faces and I’m looking forward to the trip away to Northern Ireland to start the new season.”

Burke, 37, admits he took time to process the pain of relegation as well as talking through his options with his family.

“I had to reflect on what happened last season both individually and collectively” he added.

“Everybody was hurt by what had happened so I think you have to strip back the emotions and try to think rationally and that’s probably why it took two or three weeks.

“I was humbled by the interest in me but ultimately I couldn’t see myself pulling on another jersey and that’s what it came down to.

“I’m delighted to start this new challenge. I must say the manager has been terrific with me – the communication, the respect and time that they’ve given me to reflect and the Board have been great in backing me.”