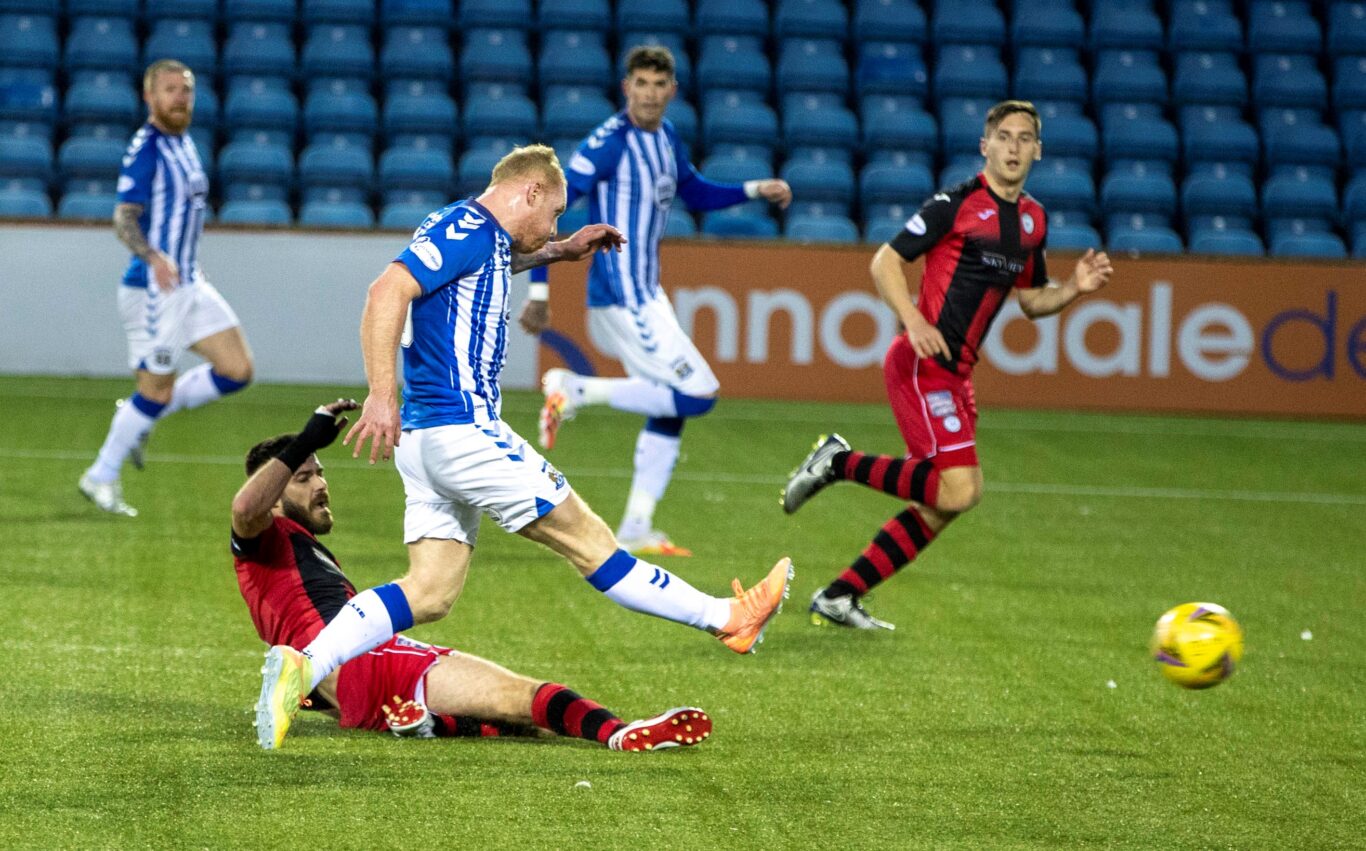 Chris Burke believes Killie must stay calm heading into a dramatic final day of the Scottish Premiership season in the bid to avoid the play-offs.

Killie must beat 12th place Hamilton and hope Motherwell can claim all three points at home to Ross County to end the campaign outside the bottom two.

The winger has experience of last-day escapes with Birmingham City and says that remaining in control of our emotions will play a key part in how things unfold on a tense day.

“It will take determination, it will take mentality. Being calm under pressure is probably the most important thing. We do have that here.

“I’m experienced myself so I need to try and lead from the front along with other players in the changing room. We have to help and nurture the younger players who are still learning the game.

“I think it’s important to stick together. We have said that throughout the season when we have had our ups and downs. But we have stuck together and shown that. Hopefully that can see us over the line.”