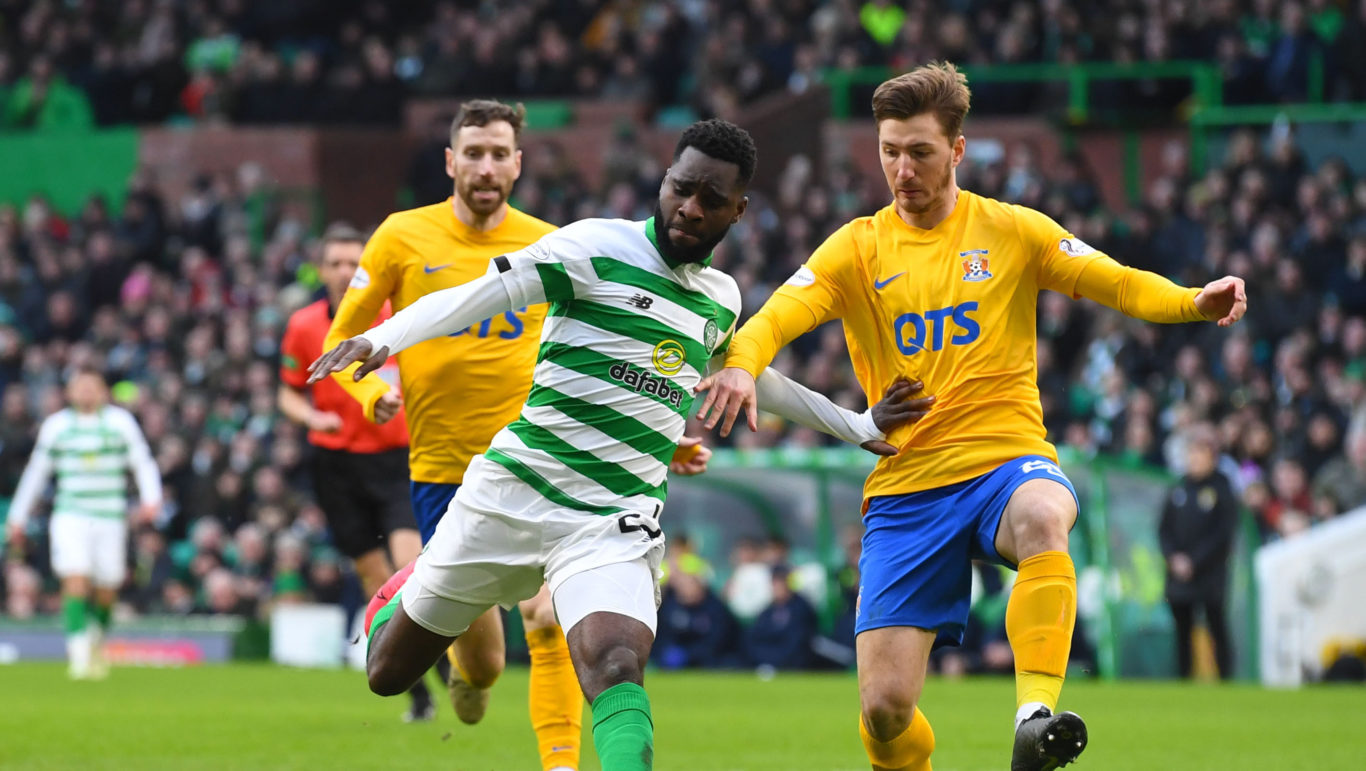 The curtain came down on Killie’s February schedule at Celtic Park. An early Eamonn Brophy penalty wasn’t enough, as Celtic came from behind to claim the points.

With both sides keeping an eye trained on the game in Perth, neither set of players were unaware of the magnitude of three points at Celtic Park.

It was a dream start for Killie after 5 minutes when a clumsy challenge by Jozo Simunovic on Eamonn Brophy in the area saw a penalty awarded, with the marksman striking high and handsome past Fraser Forster to hand Alex Dyer’s men the lead and take his personal tally for the season up to ten.

As many of us know, an early lead at Parkhead can sometimes see the pressure ramp up a notch: the question was whether Killie could meet and weather the initial Celtic backlash to continue making in-roads against the league leaders.

With Celtic Park by then a cauldron following the goal, the home side flew forward with relentless aggression as they looked to make amends: Leigh Griffiths going closest after a magnificent through-ball from Odsonne Edouard allowed him to waltz through on goal, with a brilliant reaction save from Larry Branescu denying the striker.

Passing moves, corners, shots – mountains of them. Celtic’s continuous, rolling attacking style served them well and the equaliser arrived after 27 minutes when Kristoffer Ajer took advantage of Killie’s failure to clear from a corner, drilling home from six-yards to make things all even.

Celtic were on a roll by then, with the second goal arriving shortly later on 33 minutes when Greg Taylor’s cross from the left was steered in from close-range by Edouard via the touch off Kirk Broadfoot.

It was a strong response to an early set-back, but with Alex Dyer’s introduction of Chris Burke to the fray in place of El Makrini at half-time, it was all to play for.

As expected, Celtic still had a firm grip on the game – with Odsonne Edouard missing two fine changes from inside the area as they looked to make an impact on the game.

Alan Power, who had been booked just before the interval, was handed his marching orders after 56 minutes after picking up a second yellow for a slide tackle on Jeremie Frimpong inside the Celtic half.

Taking full advantage of the man down, Celtic gave themselves some breathing room minutes later after Griffiths tucked the ball under Branescu following a sweeping move down the left.

It proved to be fairly tight for the remainder of the match as Celtic kept a comfortable grip on the result to claim all three points with Ally Taylor’s Killie debut proving to be a bright spot on a tough afternoon.

kilmarnockfc.co.uk Mention of the Match:

A word for young midfielder Ally Taylor who made his senior debut for Kilmarnock from the bench, replacing Dario Del Fabro.