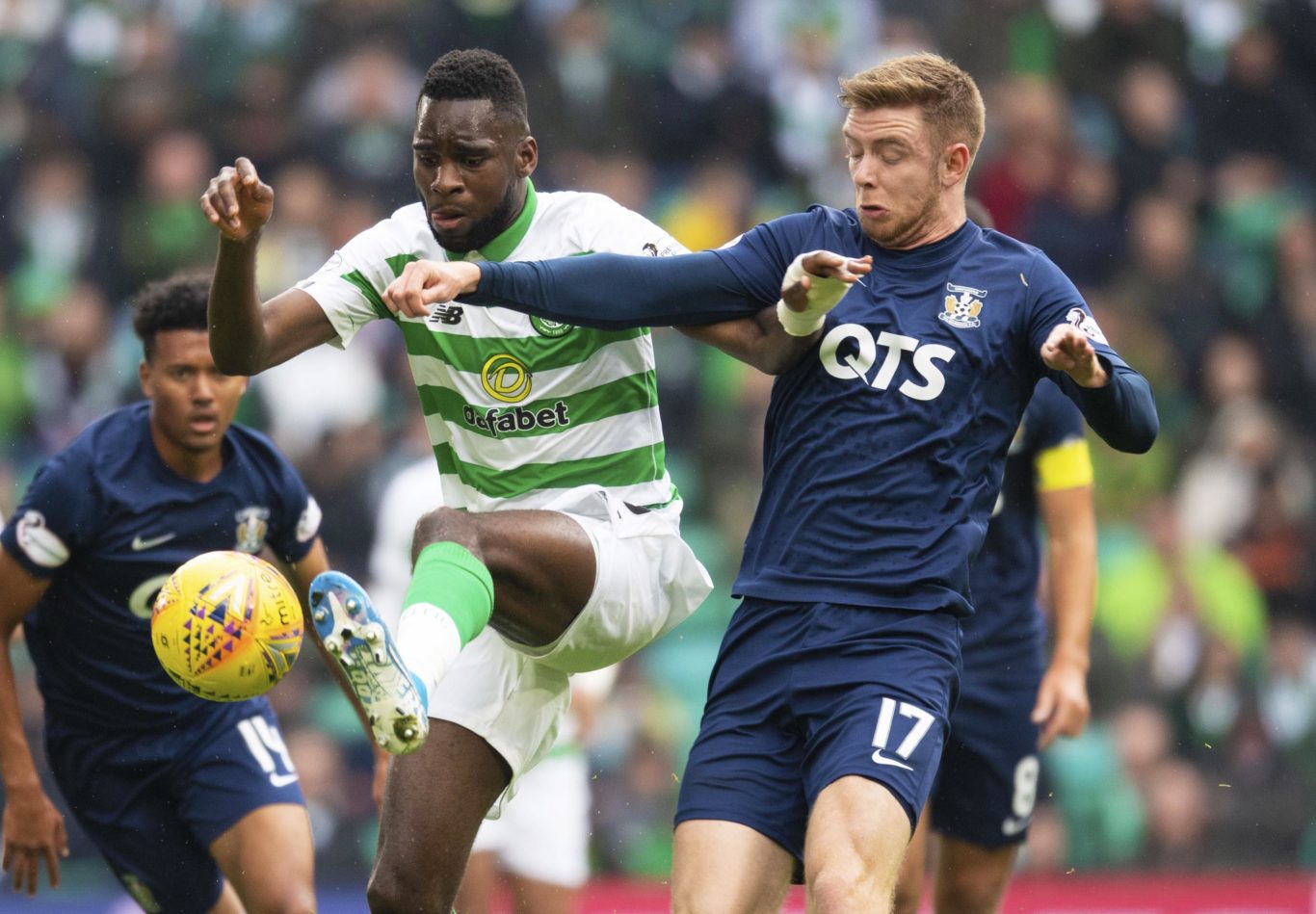 Kilmarnock slipped to their first defeat in two matches, as Celtic clinched three points with three goals at Celtic Park.

An early Brophy thunderbolt initially handed Killie the lead in the east end of Glasgow, but two finishes from a clinical Odsonne Edouard, coupled with a Ryan Christie tap-in, saw Celtic battle back.

Angelo made no tweaks to the side that put Hibs to the sword last weekend: the most notable moves were made on the bench as Chris Burke returned from injury, whilst Connor Johnson also made the squad.

The first major chance duly arrived on 15 minutes; James Forrest carefully carving his way into the box before letting off a pop at Branescu, which the big Romanian pushed away.

It hasn’t been easy for Eamonn Brophy recently: much has been made about The Wolf’s recent goal drought.

Oh boy, did he bury those doubts just as he buried that chance after 32 minutes. Tireless work from Millar and El Makrini opened up acres of space in front of the midfield, with a tidy ball finding Brophy in space.

The striker showed fine footwork to weave his way through the defence, showing great composure to unleash a perfect high strike past Fraser Forster.

It took something special to fire Celtic back on equal terms: Killie lost the ball at an attempted counter-attack,  resulting in another Forrest-inspired move down the flank as Celtic broke.

A perfect cross from the left picked out Odsonne Edouard, and the big Frenchman leapt highest to place a bullet-header past Branescu to bring the first-half to an action-packed close.

The second-half started with Celtic on the front foot, zipping the ball about in tight quarters as they looked for a lead.

It didn’t take too long, Edouard pouncing on a clean through-ball to tuck another beyond Branescu after 52 minutes.

Moments later, another clinical Celtic move saw the home side grab their third, a one-two punch: Ryan Christie tapping in following an initial save from Lary.

Killie certainly weren’t ready to back down despite those rapid-fire Celtic goals: Brophy marshalled a fine attack through the middle, displaying more silky footwork before letting off a fine effort that forced Forster into action.

85 minutes saw a penalty awarded after substitute Osman Sow was fouled in the box by Scott Brown: the resulting effort from Alan Power was pushed out by Fraser Forster.

There wasn’t to be any more drama, in a match that was full of it. Killie now look ahead to Wednesday night against Hibs at Rugby Park in the quarter-finals of the Betfred Cup.

One more win, and we could be at Hampden.