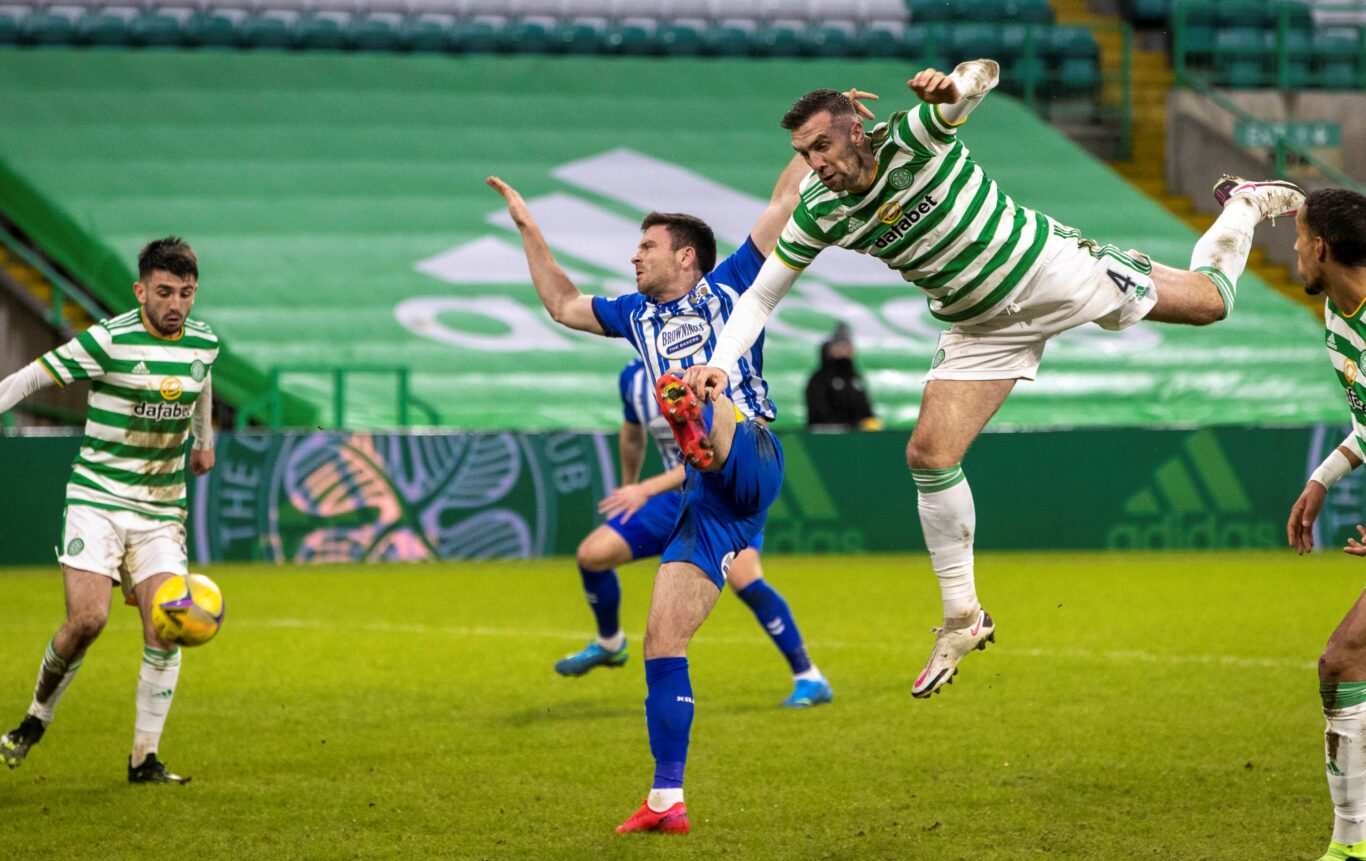 Second half goals from Mo Elyounoussi and Shane Duffy saw Killie go down on a wet and miserable afternoon in Glasgow.

Goalkeeper Danny Rogers performed admirably throughout the 90 minutes, making a number of excellent saves particularly during the start of the second period where Celtic increased the tempo of the match.

Killie arrived in Glasgow East End to find a section of home supporters at the main entrance protesting against the Celtic board and the game plan seemed to work out well for the opening 45 minutes.

Stuart Findlay and Kirk Broadfoot resumed their partnership at the heart of the defence while Rory McKenzie’s industry earned him a place in the starting XI with Greg Kiltie and Mitch Pinnock in the wide areas.

Alan Power’s industry in the middle of the park aligned with Aaron Tshibola on the ball was designed to get Killie to move up the field but with the home side were contained well aside from a fine Rogers save to deny Chris Jullien.

Killie’s main opportunities came from set plays but the visitors failed to really make these count while at the other end, David Turnbull was creating Celtic’s best opportunities through dead ball scenarios.

Alex Dyer would have naturally been content with the opening 45 minutes but losing the ball from the restart of the match set the tone for a terrible start to the second period.

Rogers had to be alert to deny Elyounoussi, Frimpong and Edouard in the opening ten minutes of the second period and there was nothing he could do on the hour mark as Elyounoussi cut inside and saw his strike deflect past the Killie goalkeeper.

The home side had threatened from corners and free kicks and their second goal duly arrived through this method. Turnbull swung another tempting delivery in and centre back Shane Duffy rose to power his header into the net.

On a damp, dreary afternoon, the rest of the game played out without major incident as Killie were left to rue a missed opportunity to heap further misery on the boys in Hoops.