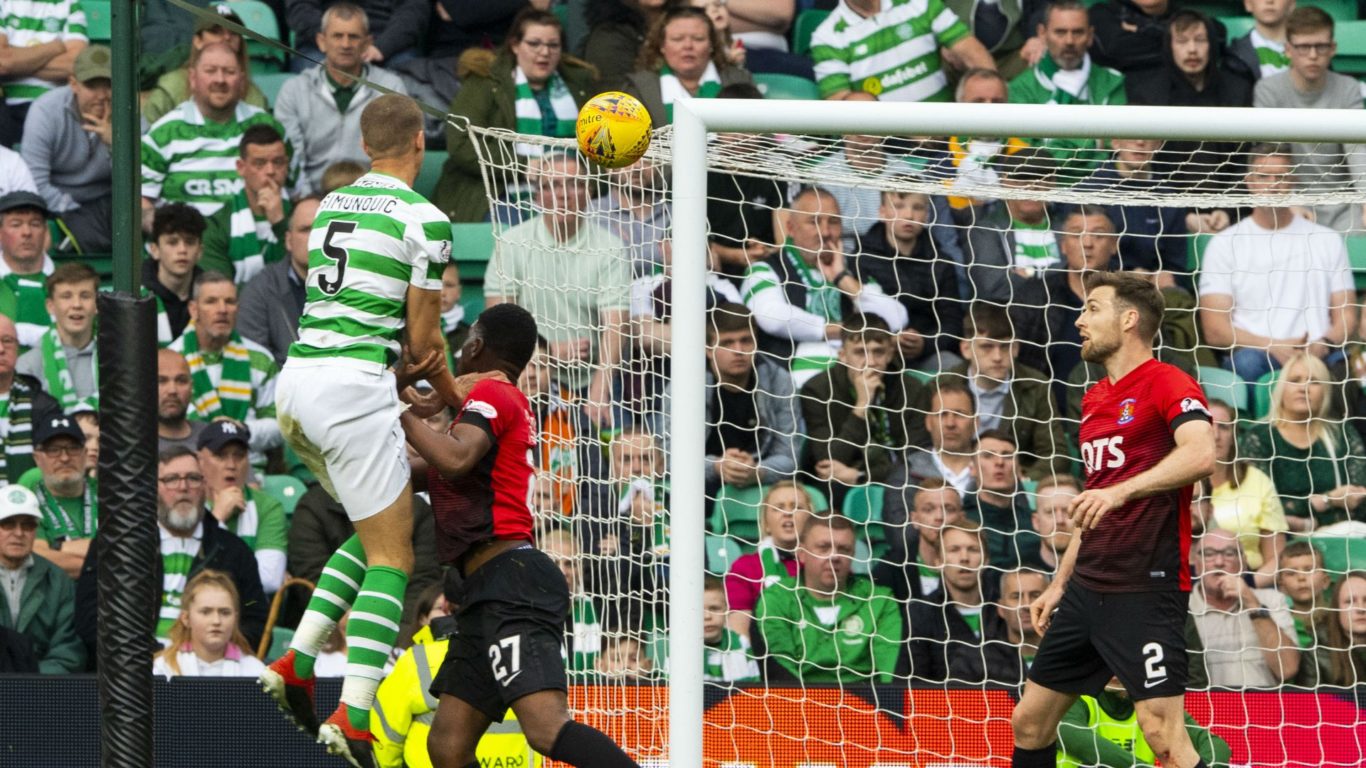 It was a frustrating day for Killie as Jozo Simunovic’s header saw Steve Clarke’s side fall 1-0 away to champions-elect Celtic.

On what was an emotional day at Celtic Park as tributes were paid to Billy McNeill, it was the home team’s number five who rose to take advantage of slack Killie defending from a set play.

A pre-match tribute to Celtic legend and Scottish football icon Billy McNeill was held before kick off with both sets of supporters observing a one minute’s silence prior to kick off.

When the whistle went, Killie showed they would be more than simply spectators as they went about testing the home goalkeeper.

Stephen O’Donnell had claims for a penalty kick after appearing to be pushed by Scott Brown as he advanced inside the penalty area.

Killie’s best chance of the match came after 17 minutes as Burke found space inside the box but he will confess that he should have given Bain no chance with his finish rather than fire straight at the Celtic goalkeeper.

Liam Millar was making his first Scottish Premiership start and the on-loan Liverpool player got the better of Lustig down the left before forcing Bain into action once more. From the resulting corner McAleny made Bain stretch to tip another fine effort only.

Former Killie ace Kristoffer Ajer had to be sharp to make up for his own error to let Brophy in on goal and the visitors were left to rue these missed opportunities.

Alan Power and Aaron Tshibola both went in the book as Celtic tried to increase the pressure yet Killie’s makeshift centre back pairing of Alex Bruce and Gary Dicker were coping well.

Burke tested Bain once more before Celtic managed to find their way in front. A ball to the back post saw Simunovic evade the attentions of Tshibola as he found space at the back post to head home.

Tom Rogic and Ajer were both booked for halting counter attacks with the Killie boss shuffling the pack with Rory McKenzie and Mikael Ndjoli introduced to the action. Kris Boyd would join them in a late attempt to salvage something from the match but it was not to be.