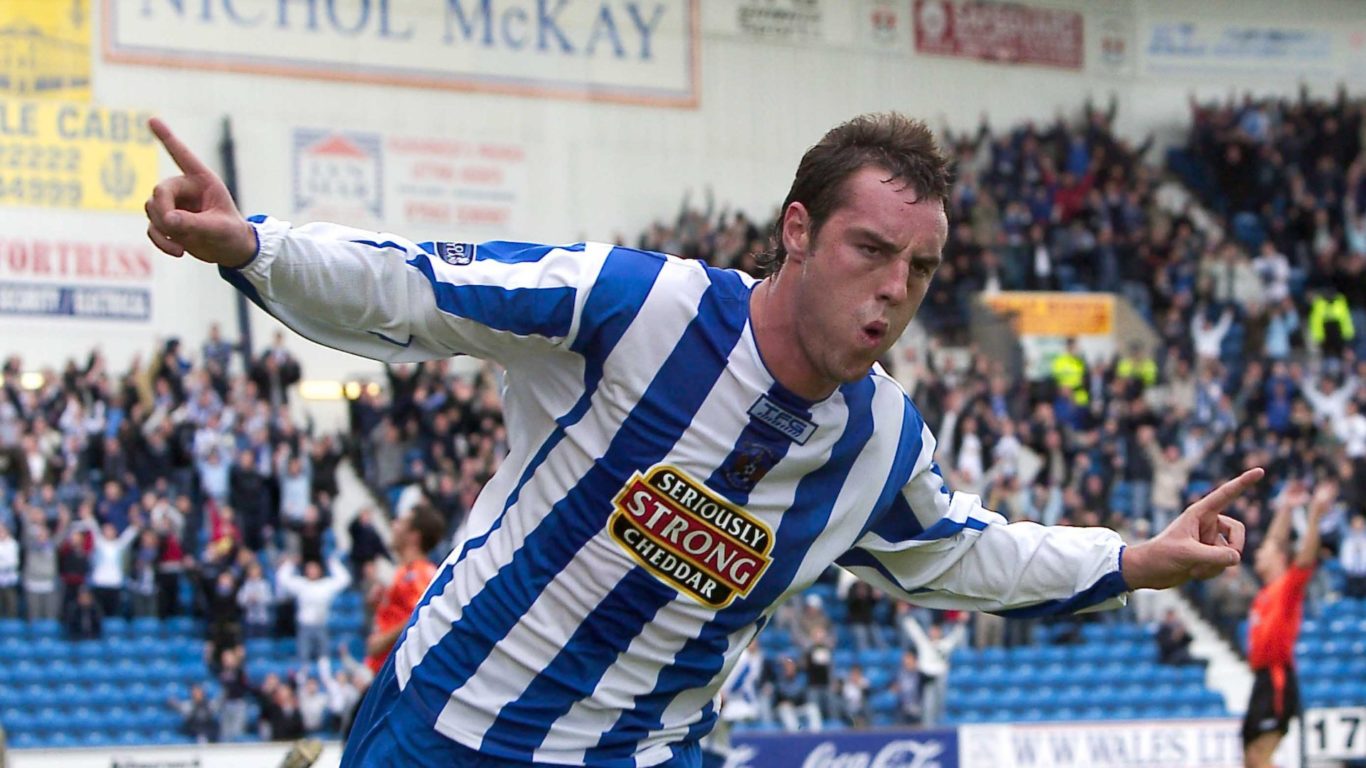 The club can confirm that our club captain and legendary striker Kris Boyd has signaled his intention to retire from professional football.

Kris’ place in the illustrious history of Scotland’s oldest professional football club is secured with 136 Killie goals in over 300 appearances. His final goal against St Johnstone was his 121st league goal for Kilmarnock, leaving him level with fellow club legend Eddie Morrison.

A product of our youth academy, Kris was always destined to reach the top, eventually making his Killie debut against Celtic in 2001. From that moment on Kris became the SPL’s all-time record goalscorer, represented Scotland scoring seven times in 18 matches as well as scoring a number of crucial goals in the Blue and White stripes.

Kris enjoyed three spells at Rugby Park, netting a crucial winner at Easter Road to ensure the club avoided the relegation play-off under Allan Johnston, rounding off the scoring in our play-off victory over Falkirk in 2016 as well as finishing 2017/18 as the Premiership’s top goalscorer with 23 goals in total, 18 of which came in the league.

In November 2018, fans flocked to pay tribute to this fantastic club servant and honour his outstanding contribution to Kilmarnock FC.

In addition to his stellar achievements off the field, Kris has been at the forefront of representing the club with distinction off the field, giving up his time to attend community events and set up his own charity in his name to support those suffering from mental health issues.

Kris will rightly be regarded as a Kilmarnock legend and everyone at the club wishes him all the very best in his future career.

It may be a long time before we see his like again and Kris will always be welcomed back to Rugby Park with open arms.