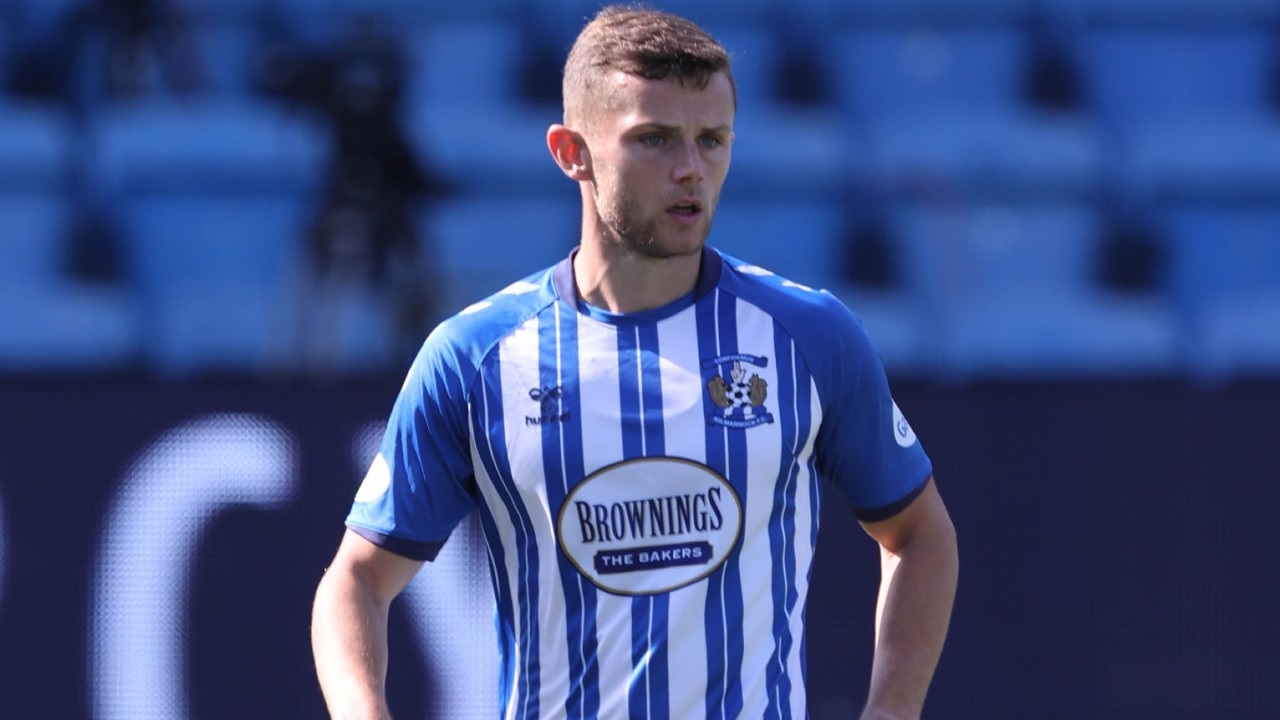 Calum Waters wants to play his part in helping Killie battle for Premiership promotion after signing a new contract until 2022.

The left back made 19 appearances last season with his campaign interrupted by hernia surgery but now he’s ready to play his part in the Rugby Park rebuild under manager Tommy Wright.

Calum, 25, helped Alloa gain promotion to the second tier prior to joining Killie in the summer of 2017 and he knows that we’ll have to fight for every point.

He said: “I love playing here and it means the world to me to sign this new contract. I want to help make amends for last season and the manager has shown real faith in me so I’m absolutely delighted to be here.

“Every game in the Championship is going to be a challenge but with the players coming in, we’ll be united as a group then I’m sure we’ll have a great chance of bouncing straight back.

“I’ve been here for a while but it is exciting to see some fresh faces arrive and it will be great to meet them when pre-season starts.”