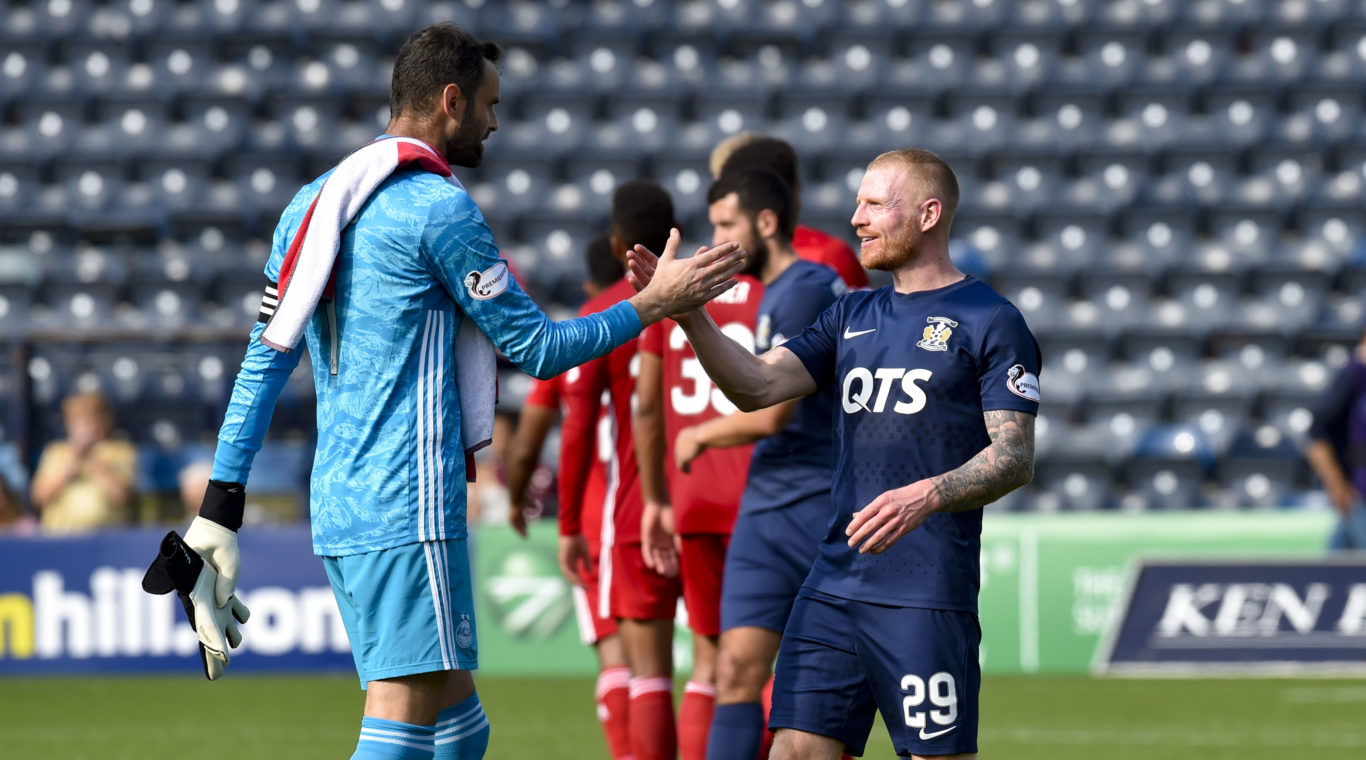 Angelo Alessio’s men secured their first point of the league campaign in a 0-0 encounter with Aberdeen.

And whilst it was a dour game, with chances few and far between, Burke says improvement in performance is clear to see.

“That was ok, I think we applied ourselves correctly throughout the match,” he told Killie TV.

We spoke to Chris Burke after today’s Premiership encounter with Aberdeen.

“We obviously didn’t get three points, but I thought it was a better all round performance compared to when we beat Hamilton in the cup.

“It was frustrating we couldn’t make the most of our chances, mine especially. We’ve played a good Aberdeen side that will be challenging for third again, so, this could be a big point in the long run.

“That’s two matches now where we’ve played at a good level, two clean sheets as well. If we were a bit more clinical in the final third, we could have went away with a win.”

It was a standout debut for new recruit Niko Hamalainen at left-back: the on-loan QPR man slotting in effortlessly as he glided up and down the wing.

It was an impressive showing from the Finland international, and Burke joked that this first appearance will be a tough act to follow.

“I said to Niko after that he’s got a lot to live up to if he’s going to play as well as that,” he laughed.

“He was excellent, I think the squad recognised how good he was. He’s a real driving force on that left side, cutting inside and finding that key pass.”

Alex: Attacking competition can help side

View all news
Home > Feature News > Burke: We’re headed in right direction
We use cookies to offer you a better browsing experience & analyze site traffic. Disable your browser cookies or read about how we use cookies in our Privacy Policy. If you continue to use this site, you consent to our use of cookies.
Accept & Close