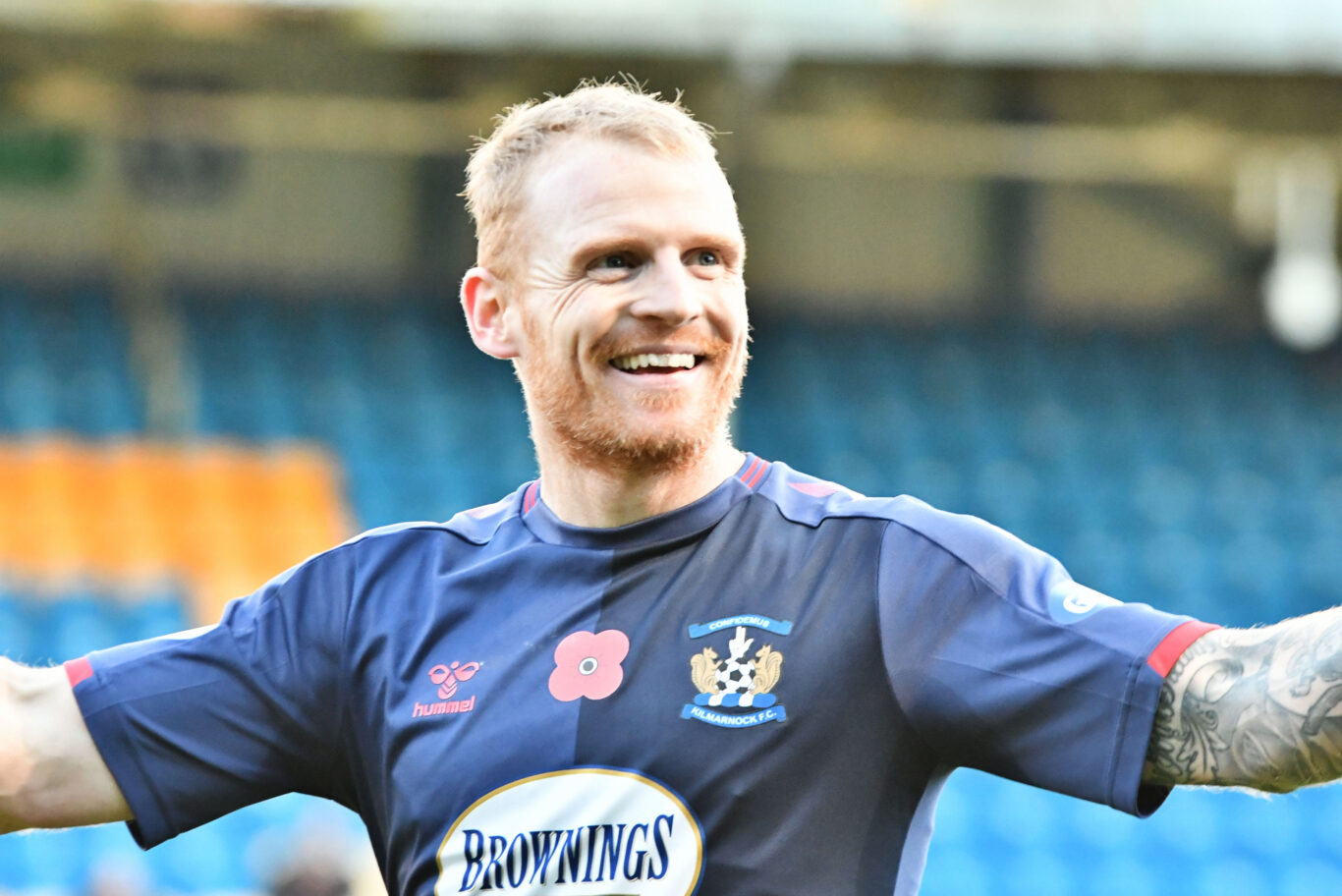 Chris Burke hopes Killie can take their fine form on the road back to Rugby Park as we prepare to host Arbroath.

The winger was named Brownings’ Man of the Match after creating both goals in the 2-0 victory over Greenock Morton which continued our unbeaten start away from home in the cinch Championship.

Having tasted defeat on three occasions already in Ayrshire, Burke wants to play his part in making our home a place to be feared for opposition sides.

He told Killie TV: “It’s really difficult to break down teams when they come to Rugby Park when they have eight or nine players behind the ball.

“The best teams in the world find it difficult. Even looking at the English Premier League the other week, Manchester City lost at home to Crystal Palace. You can try creative play so much but if the space is tight then it’s difficult to get that goal, especially the first one.

“If you get the first one then it kind of opens things up a little bit but we have to be patient in our play. We’ve worked ever so hard this week in trying to create in patterns and I think that showed in our goals at Morton and that’s what happens when you work on it.

“Three losses at home isn’t great but if we can rectify that and I’m sure we will as we’ll keep working hard and believing in the process.

“We’ll have to be calm and patient. It might take 65-75 minutes before we break a team down. We have Arbroath at home and that’s a chance to rectify our home form but we’ll stay humble and if we can play like we did against Morton then we won’t be far off.”