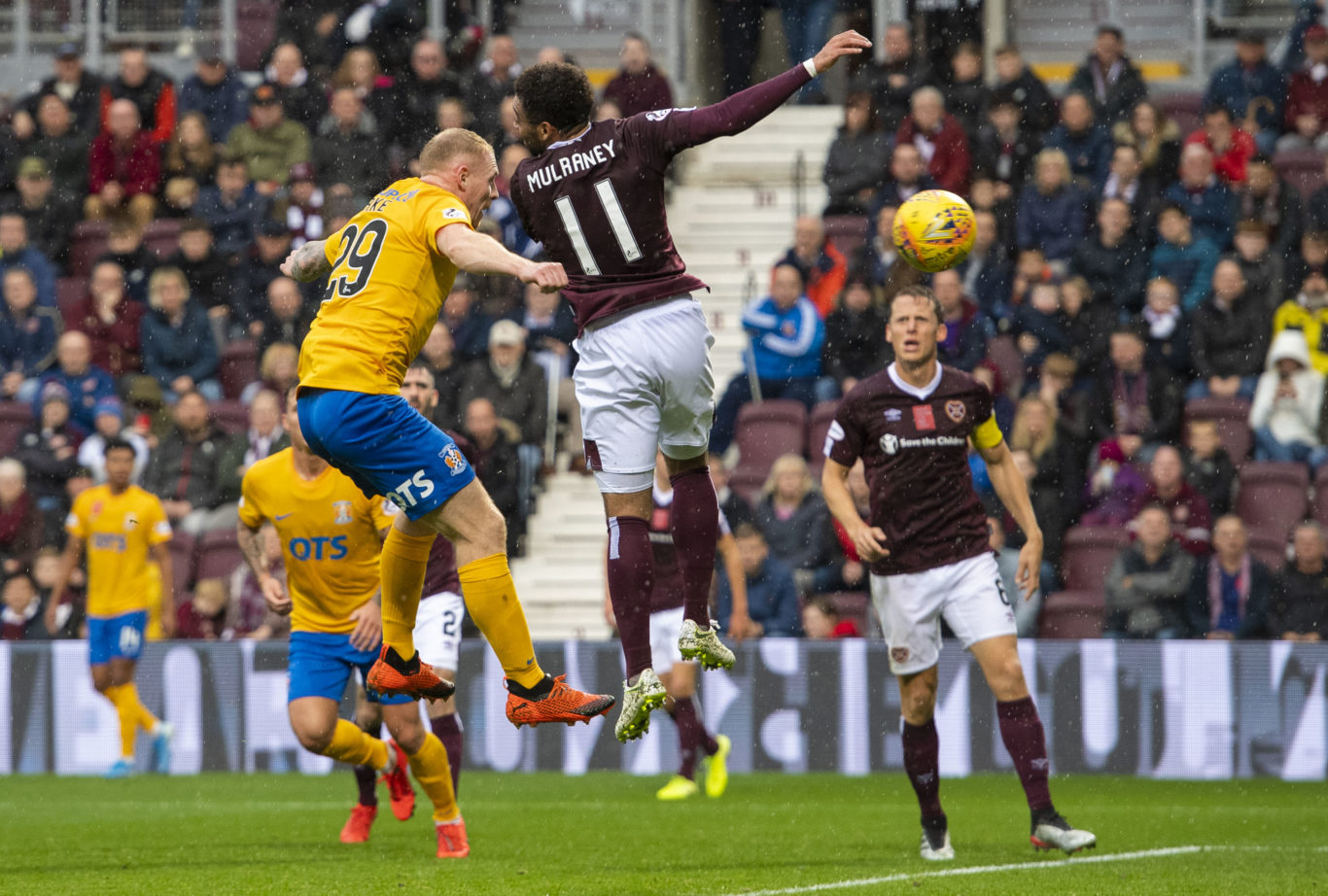 Chris Burke says he felt relief more than anything, after scoring the goal that secured a 1-0 win over Hearts at Tynecastle.

Burkey’s 42nd minute header lifted Killie back into the top six for the first time since defeating St. Johnstone in August on a brilliantly damp afternoon in the Scottish capital.

But the veteran winger says previous misses in the campaign so far, including a eerily similar headed opportunity against Hamilton Accies, had stuck with him.

💬 “I was due the team a goal because I’ve missed a few chances this season.”

We loved your Tynecastle winner, @Burkeman710

“I think we’ve shown how solid we can be over the past five or six games. We’re getting a bit sharper up front and, on balance, we really deserved to win,” he told Killie TV.

“Hearts changed their shape in the second-half and we struggled a bit. Credit to them but we dug in.

“If I’m honest, I was due the team a goal. I had chances to score earlier in the season. It wasn’t to be, but I knew if I stayed in the right areas, my chance would come. Ironically it was a header – considering that one I missed against Accies.”

Numbers, numbers, numbers: they’re looking very good for Angelo Alessio’s men right now. The tale of the tape shows that that’s now 3 wins on the trot at Tynecastle, with five clean sheets out of six secured.

Spaces in the starting eleven have scarcely been rarer, and with key players like Rory McKenzie and Alex Bruce missing out – Chris thinks it’s a sign of “healthy competition” within the squad.

“From front to back, we’re hard to break down. That’s our remit, and we’ve got a very strong bench. There’s a lot of healthy competition, and it’s just a chance of taking your chance when it comes,” he explained.

“To keep five clean sheets is great. We have to maintain that, some might say it kills momentum with the international break now on – but I disagree.

“We’ll rest and recover now and get ready to go again.”