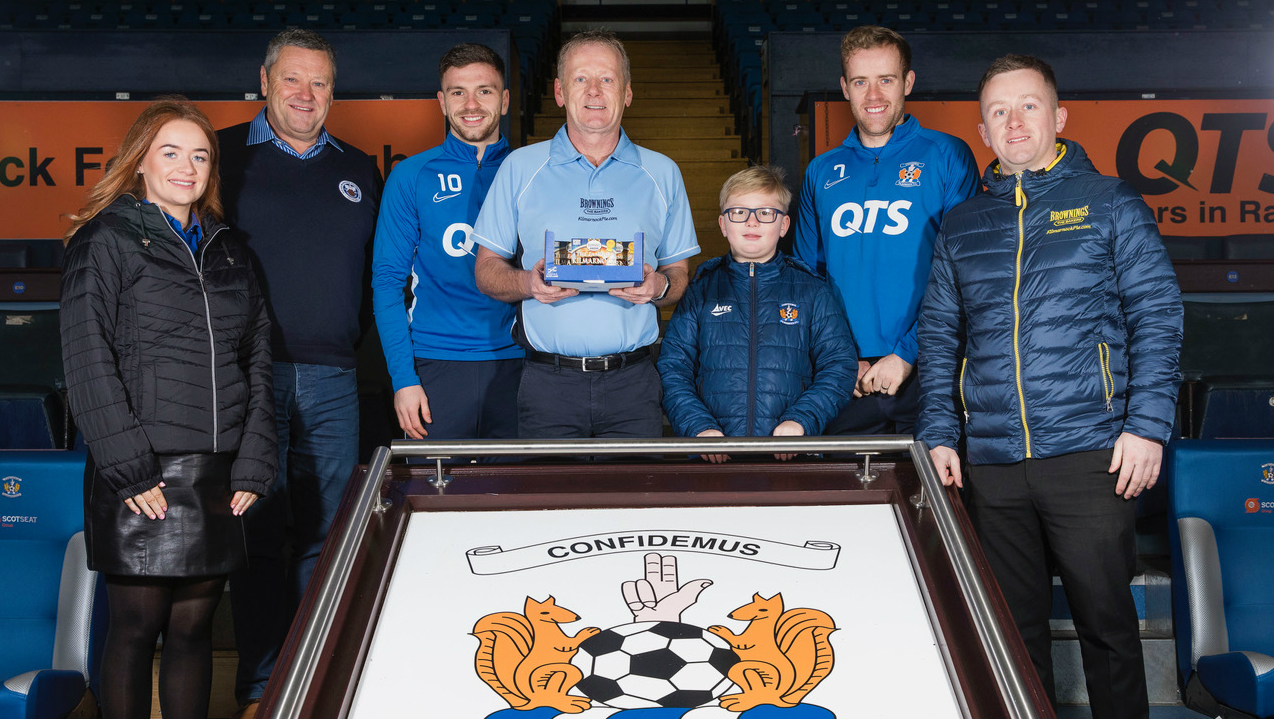 Kilmarnock FC is delighted to announce that Brownings the Bakers will become the club’s new shirt sponsor in a three-year deal starting this summer.

Brownings will sponsor both the front and back of the famous Killie kit for our first team, Reserves, U18s and Women’s first team until season 2022/23.

Specialising in handcrafting products from their purpose-built bakery and savoury factory in Kilmarnock, the family business has gone from strength to strength since its foundation in 1945.

The Kilmarnock based company has taken the bakery world by storm this year, picking up an illustrious nine awards at this year’s The World Championship Scottish Pie Awards.

One of their most famous products, the Kilmarnock Pie, will feature on the back of the shirts. Sampling this famous product has become synonymous with the Killie matchday experience and the club itself for years.

Previewing the start of the partnership, Brownings Managing Director and lifelong Killie fan John Gall said: “It’s always been a dream of mine to see my brand on the Killie shirt and it is a very proud day for me and my family.

“I’m delighted to be able to support my club and it’s a huge thrill to become an official partner of Kilmarnock FC. Being Chairman of Darvel Juniors Football Club I know how important sponsorship and collaborations with local businesses are for clubs and the wider community.”

“Brownings are now one of the largest employees in Ayrshire with over 180 staff and have become a massive part of the local community, I am very passionate about my town and the club is so important to everyone in Killie. This is therefore a great opportunity for us to invest in the partnership and work together to put Kilmarnock on the map.”

“The club isn’t just a passion of mine, but it’s shared by my family and many of my staff and I can’t wait to see what this partnership brings for Brownings, the Famous Kilmarnock Pie and the mighty Killie.”

Speaking about the partnership, Director Billy Bowie added: “John has always been a great supporter of the club, and with the local link and the success of Brownings, I think this is the perfect partnership for Kilmarnock FC.

“As my business has grown over the years, John and his family have been working equally hard to expand Brownings, investing in the local community for the greater good.”

“The Directors and Staff are hugely appreciative of John’s support and we look forward to working with them going forward in this great partnership.”

Brownings the Bakers, home of the famous Kilmarnock Pie, will be unveiled on the new strips later in 2020 and we are sure our fans will join us in thanking John and the company for their support as we continue to compete in the later part of the 2019/20 season.

Everyone at Kilmarnock FC would like to reiterate our thanks to QTS for their loyalty and support to the club over the past eight years.