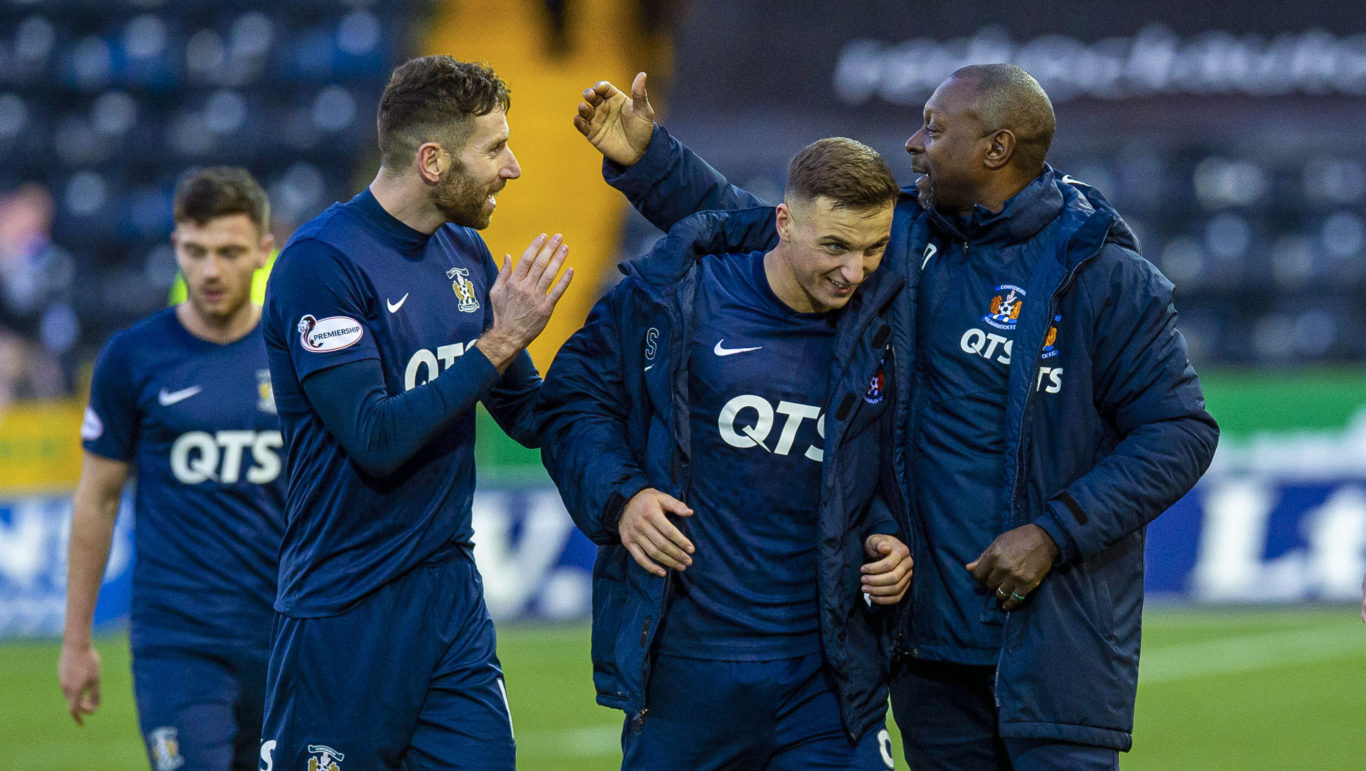 Brophy: ‘We took our chances’

Eamonn Brophy says he was delighted at the second-half response from his Killie teammates after coming from behind to win 3-1.

Two strikes from the Wolf and another from Nicke Kabamba put Killie back on track after initially being floored by County’s opener from Iain Vigurs.

And now with a much needed three points secured, Eamonn’s attention turned to our trip to Gorgie on Wednesday.

“We went in at half time and was told to just keep playing the way we were playing,” he told Killie TV.

“Everyone knew those chances would come, and it was all about taking those chances. Hopefully we can kick on and take that into the game against Hearts.”

You can catch Eamonn’s full interview on Killie TV.