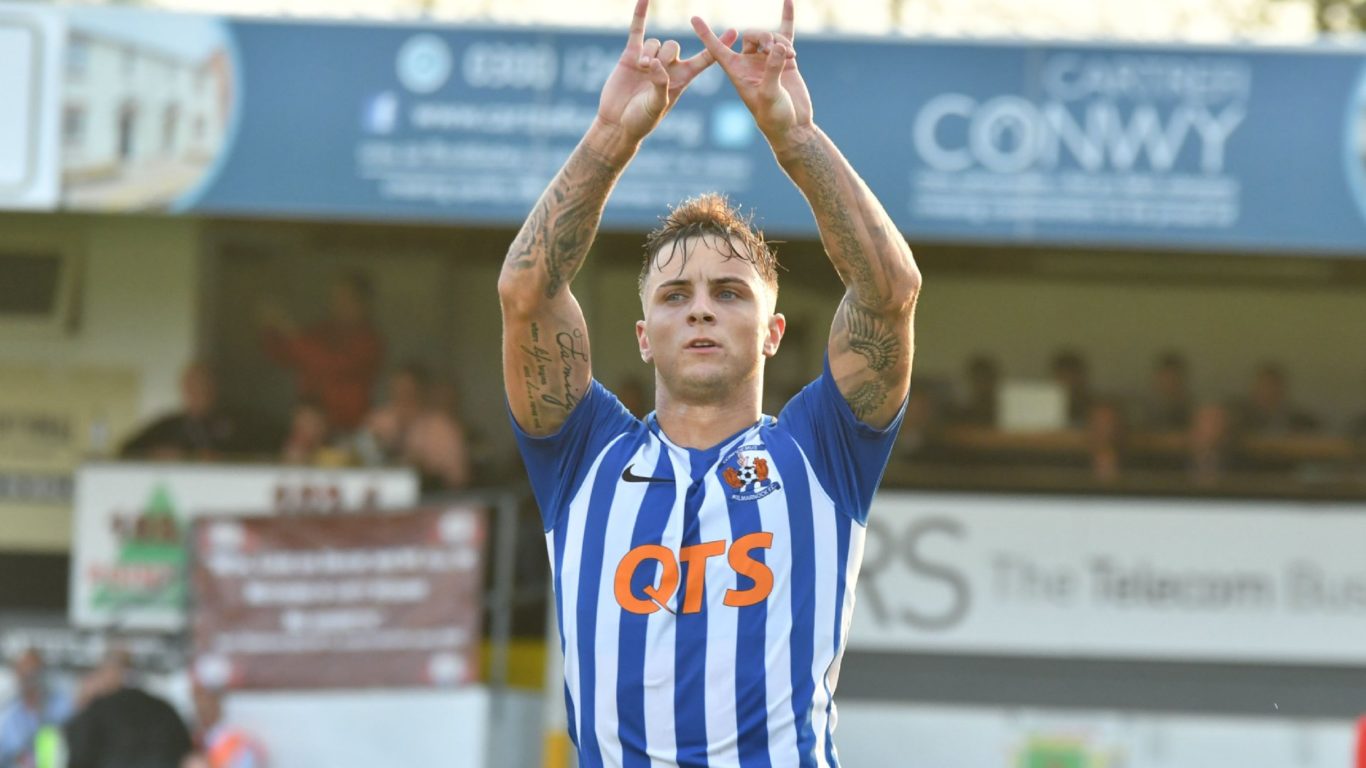 Eamonn Brophy experienced European adventures with Scotland this summer and he wants to get more of a flavour for continental competition after his first taste with Killie.

‘The Wolf’ bagged a precious equaliser to become the first Killie player to score in Europe since Craig Dargo in 2001, with Stuart Findlay powering home a late-header to secure the win.

The striker was part of Steve Clarke’s first Scotland squad against Cyprus and Belgium and now he wants to help set up a second round Europa League tie with FK Partizan.

Speaking to Killie TV, he said: “It was difficult, Connah’s made things hard for us. To go one-nil down was tough, but the boys showed great character to come back and get the result at the end.

“Last season we came back from 1-0 down quite a lot, so we always knew we had it in us to get back into the game. Hopefully we can do the job next week and look ahead to the next tie.”

Brophy is becoming quite the cool customer at spot-kicks for Killie, with memories of his last-gasp penalty against Rangers last season to secure our Euro spot fresh in the memory.

The striker, who has been handed the number 9 shirt, insists that he feels pressure for every penalty that he steps up to take.

He added: “There was quite a bit of pressure for that one against Rangers, but then all penalties are. I was able to step up and hit the back of the net, which is always good.”

You can watch Eamonn’s interview with Killie TV.