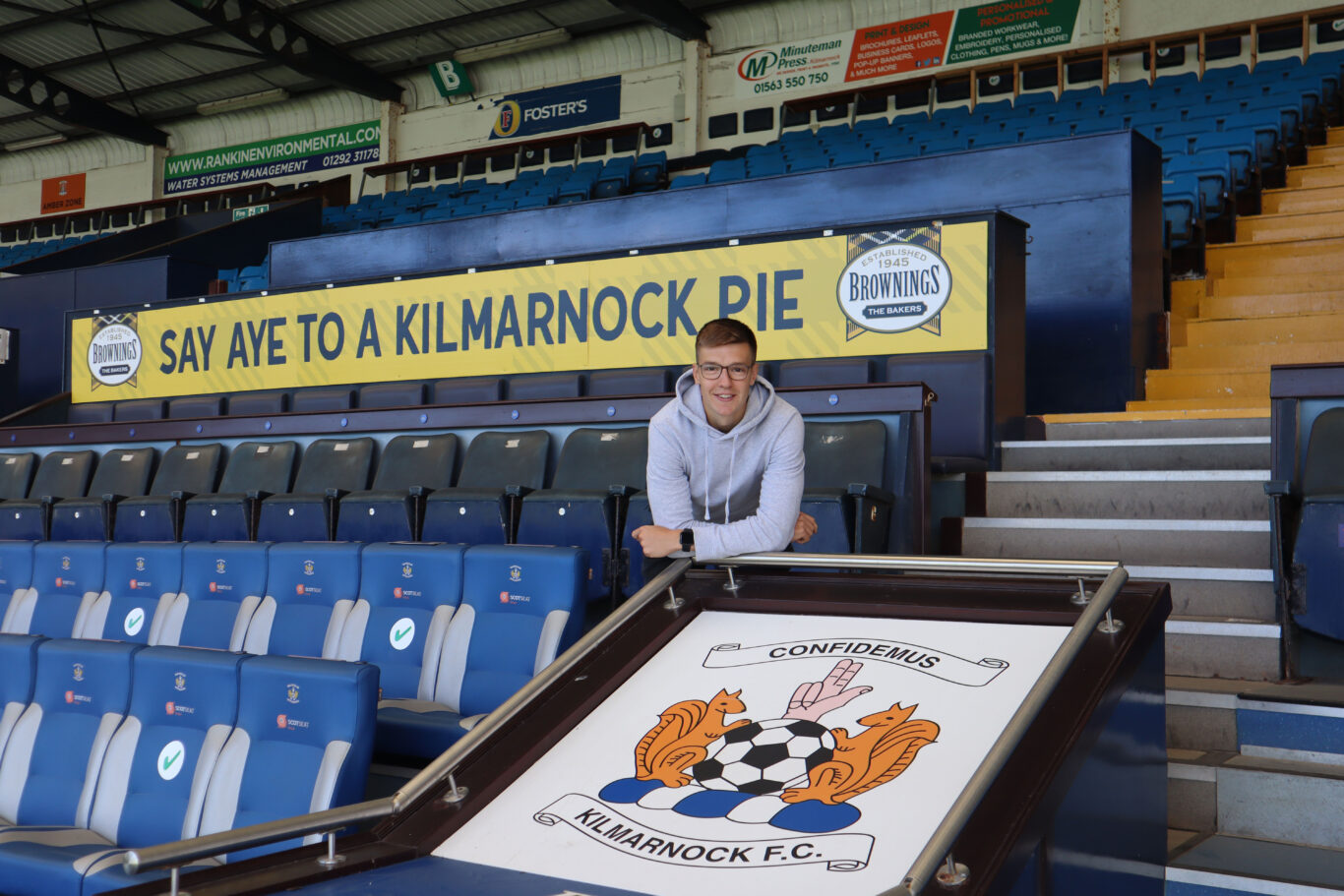 Brad Lyons wants to lead another promotion push with Killie just weeks after helping Morecambe move on up in England.

The midfielder has agreed a two-year deal with Killie following his summer exit from Blackburn Rovers.

Brad helped Morecambe gain promotion to League One last season and has enjoyed a taste of the Scottish game during a 2019 loan spell with St Mirren.

An emerging talent in his homeland with Coleraine, the Northern Irishman’s form earned him a move to Ewood Park.

Now he wants to play his part in Killie’s promotion bid.

Brad said: “It feels brilliant to be a Kilmarnock player and I’m so thankful to the manager for bringing me to such a big club. He’s really well known and respected in Northern Ireland and it was a no brainer to come and play under him.

“I had a great run with Morecambe and to experience Wembley. It was a great experience and one I’ll never forget and hopefully we can experience promotion here too.

“I’m an all-round midfielder. I don’t mind doing the defensive duties and then trying to get forward as much as possible. Hopefully I can help the team and add more goals to my game.”

Tommy Wright said: “He’s a strong player with plenty of energy and he’s another who is a good age. He had options but this was where he wanted to be so I’m glad to get Brad in.

“He’s a box-to-box midfielder and I do feel that one area that we can help him with is to get him back to what he did in the Irish League, which was score goals.

“He had a good scoring record with Coleraine, had a decent loan at St Mirren and did well at Morecambe last year.”