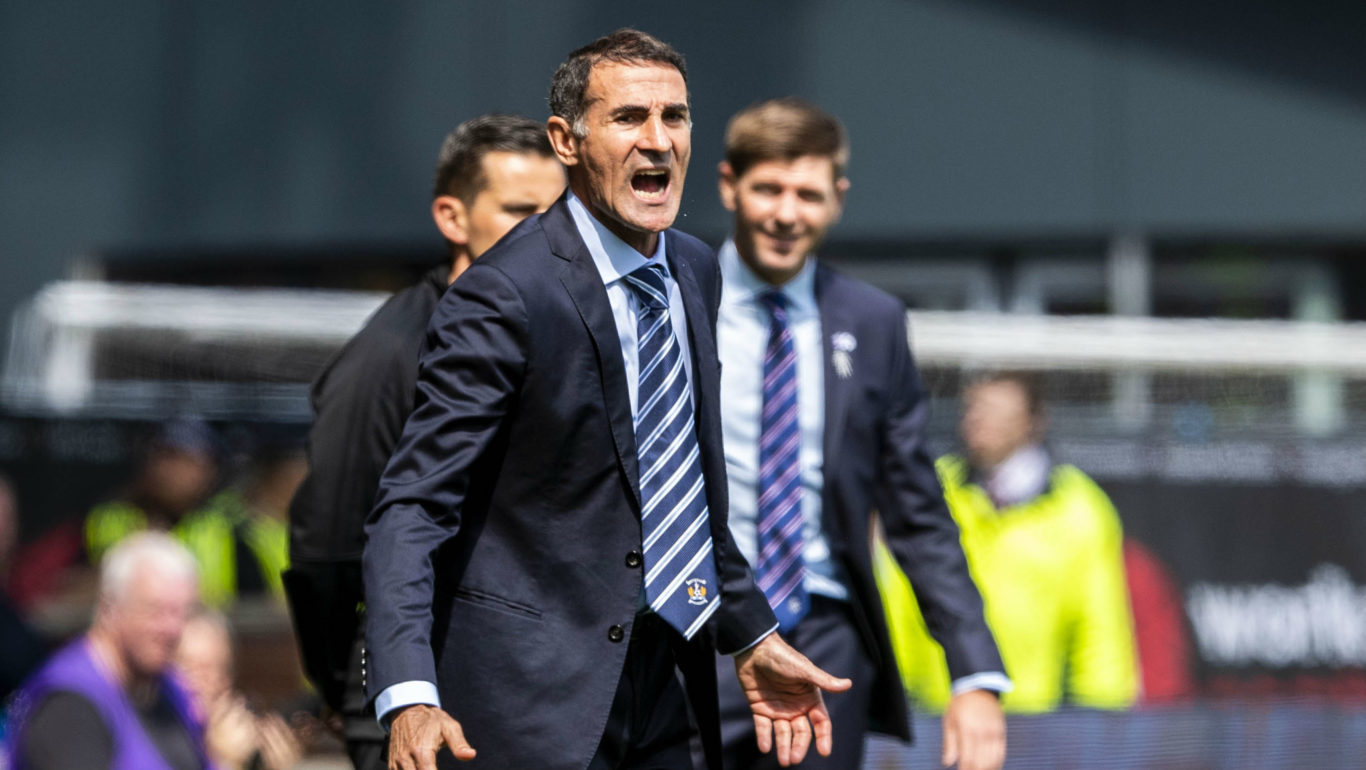 Angelo Alessio wants his Kilmarnock team to build on the attitude and determination shown during the second half of our Premiership opener.

A late goal by Rangers’ Connor Goldson meant a 2-1 defeat and heartbreak for Killie after Stephen O’Donnell had cancelled out Scott Arfield’s opening goal.

It was a cruel pill for the home side to swallow but the Killie boss saw signs of encouragement.

He told Killie TV: “We knew it would be a tough game and I think the game was slow in the first half. At the same time, I got a good reaction and a good attitude from my team but the result is a shame.

“I think we have improved a lot, of course but we conceded two goals from two corners and we have to improve in this aspect. We have to keep the same attitude and determination [as the rest of the game] when we are marking in the box.”

Alessio’s men looked more threatening in the second half and the boss was pleased with the turnaround after the interval.

He added: “I believed we could come back and I believe we can come back and transfer these thoughts [at half time] to the players.

“In the second half we played well and we pressed more than the first half and we created two or three opportunities to score. I asked them to press more and my team played in this way.”

You can watch Angelo’s interview in full on Killie TV